I have sad news for all of you Utah Couponers… Albertson’s announced this morning that they will be selling 36 of their stores in Utah to Associated Foods.
Their Press Release Said: 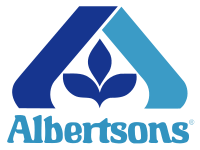 SUPERVALU announced today that it reached an agreement with Associated Food Stores for the sale of the majority of its Albertsons stores located in Utah. The sale will include 36 Albertsons stores in Utah and their respective pharmacies and fuel centers, with the exception of three St. George-area stores which will remain Albertsons and continue to be operated by SUPERVALU.

The Associated Food Stores Inc., had this to say in their press release:

“We are excited about these stores joining our great company,” said Parkinson. “Having served this market for 70 years, Associated Food Stores supplies local grocers who represent the only locally owned and operated grocery stores in Utah. We feel our experience and expertise will be beneficial to these new stores as well.”

It sounds like all you Utah Ladies have some changes in store for you! Orem and West Jordan stores are not being sold to Associated Foods but they are looking for buyers. The stores in St. George will continue to be owned by Supervalu as will all the stores in Idaho, Montana and Wyoming.

Under Armour Boys' Logo Shorts, Only $12 on Amazon

Amazon Is Giving Away $5 to Shop in Their App

More Clearance Furniture - 50% Off at Target

Microfiber Sheet Sets, as Low as $7.27 at Target

Vaseline Lotion, as Low as $1.12 Online at Walgreens