As far as military flight discounts go, American Airlines tops the list. Offering service members and their families 10% off flights, this program is one of the best around.

Before you book your next flight, be sure to download the KCL app to ensure you’re saving the most money possible.

Does American Airlines give military discounts? 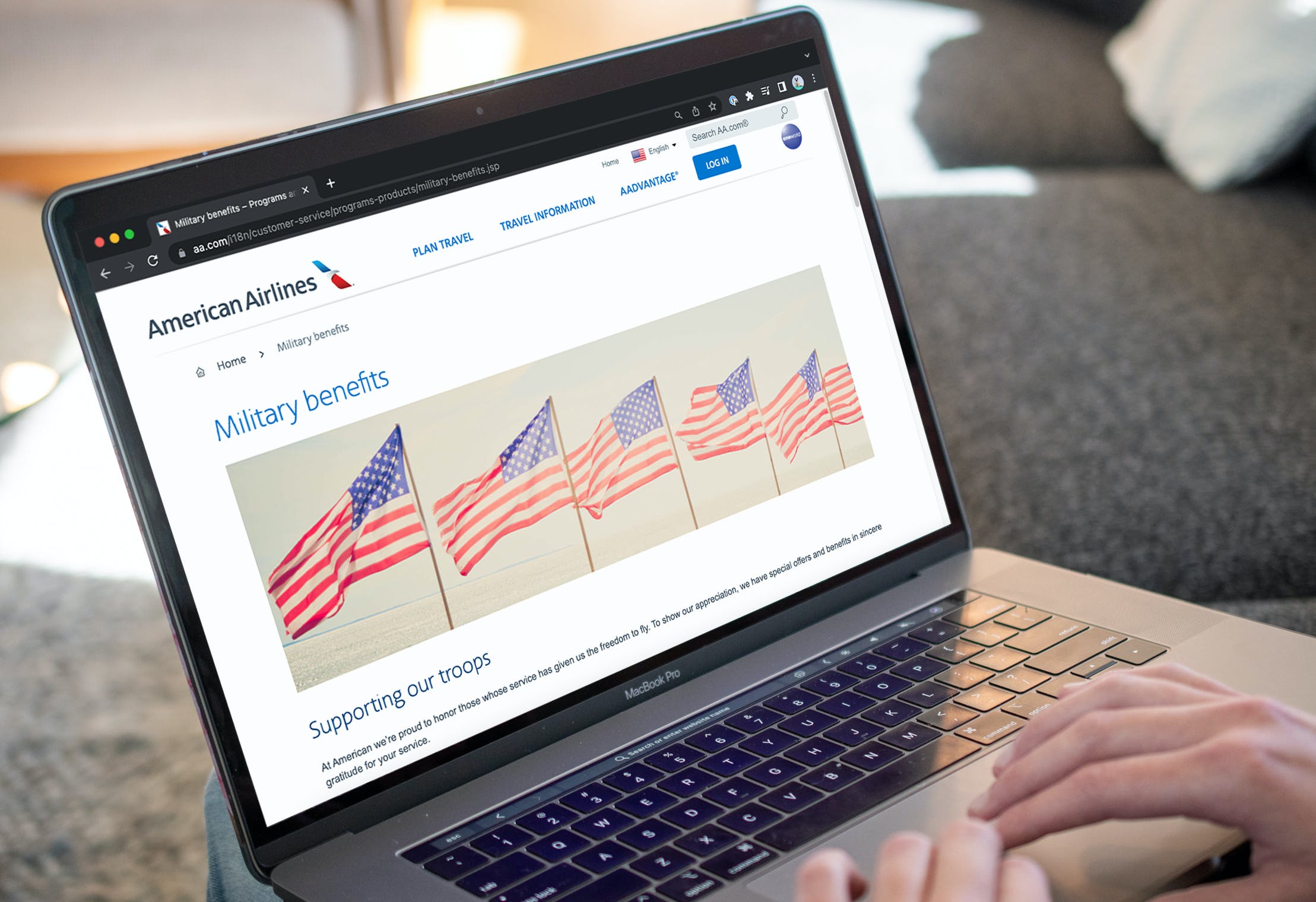 Yes, American Airlines offers a 10% off military discount for both domestic and international flights. There’s a catch, though — you have to join VetRewards, and this program does come with a fee.

Who qualifies for VetRewards?

Before we get into the fees, let’s take a look at who actually qualifies for VetRewards. As the service member, you qualify if you are:

If you qualify, you can add up to four household family members to your account.

How much does VetRewards cost?

Adding family members to your account? Your monthly fees will go up. Each family member will be charged half of what you are to participate in the program.

Is VetRewards worth the fee? 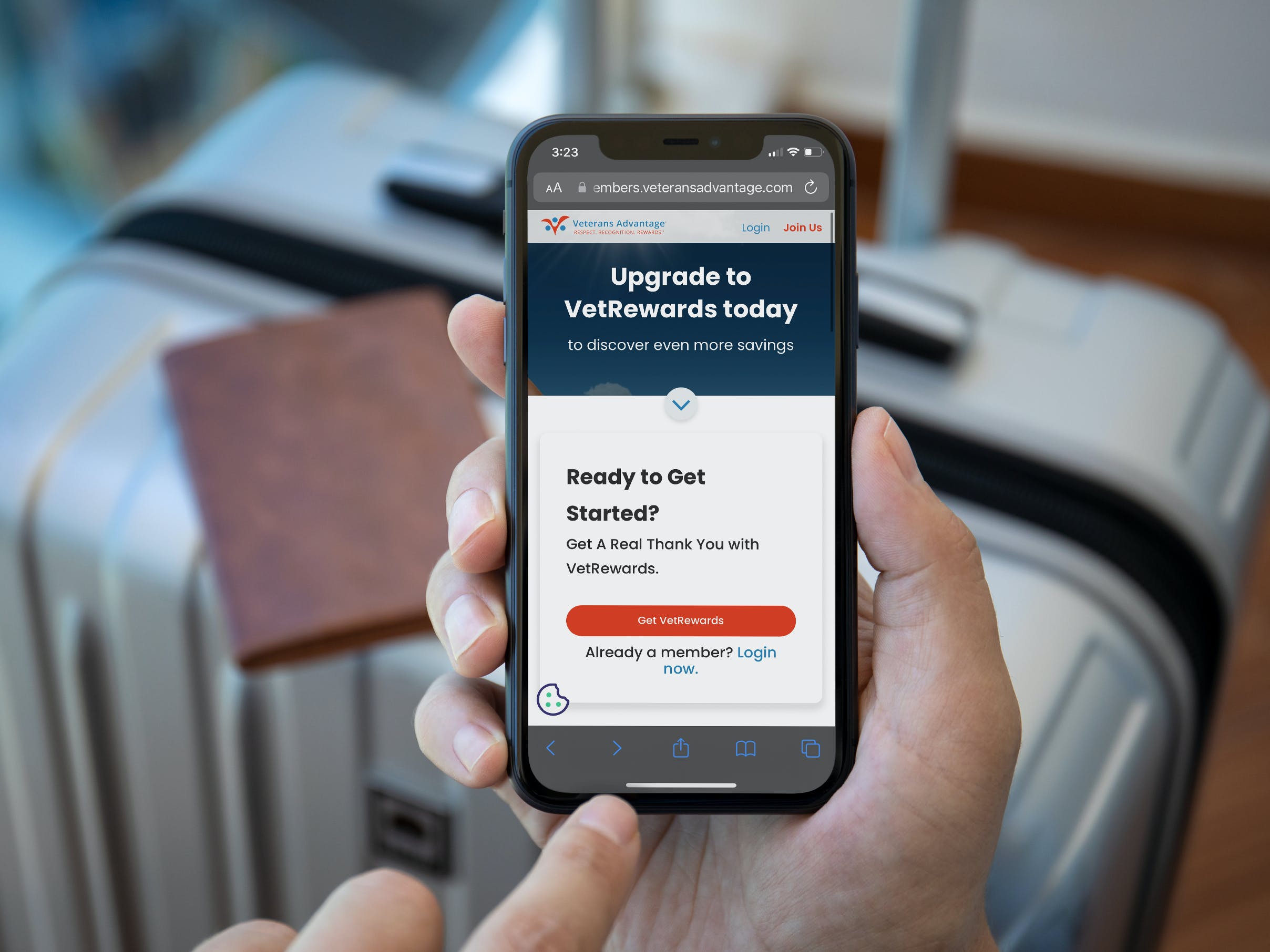 That all depends on how much you travel when you’re not on the military’s dime. Let’s say you pay $5 per month to participate and you’ve added your spouse and three kids to your account. Your fee total would be $180 per year.

If your entire family flew from Fayetteville to Seattle round trip once in a year, you would expect fares to be about $350 per person — or $1,750 total. A 10% discount would give you $175 off. The membership almost pays for itself, but not quite.

Now, let’s say you fly the same route multiple times per year. The membership fee would pay for itself after the second time you took off the tarmac.

Or let’s say you’re going further. Instead of Seattle, you’re flying from Fayetteville to Tokyo. You brave economy class for the daylong flight and pay $1,500 per person, or $7,500 total. In this case, the military discount saves you $750 — well worth the cost of membership.

How do I join VetRewards?

You can sign up for American Airlines’ VetRewards via the Veterans Advantage website. Be prepared to show proof of your military affiliation.

Do military personnel get free bags on American Airlines? 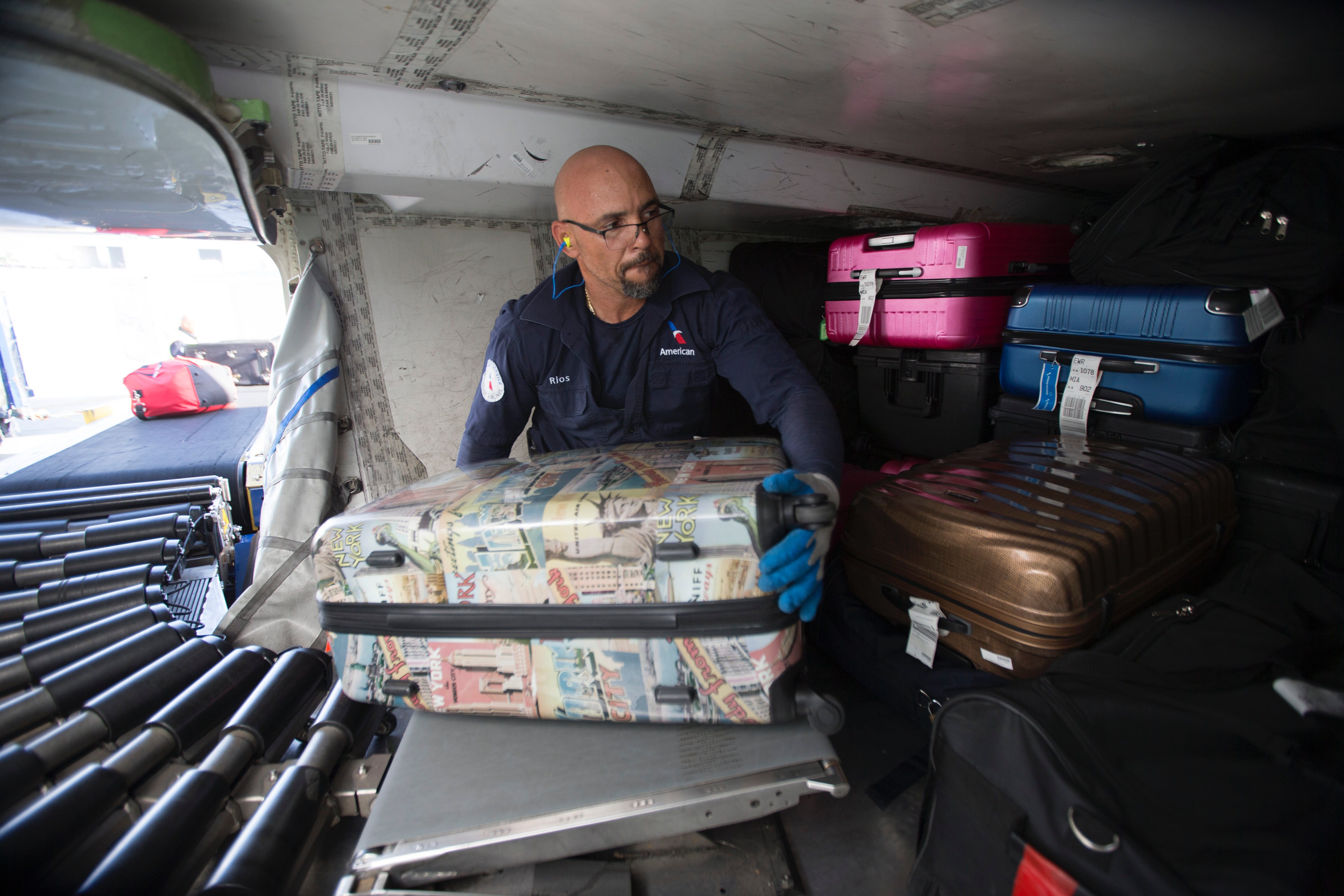 They sure do! The size and number of free bags military personnel get depend on the reason for travel.

If you’re traveling on orders, you’ll get up to five free checked bags up to 100 pounds each. Your bag’s total dimensions (width plus height plus length) can be no more than 126 inches. If you’re traveling with your dependent, they qualify for this same perk when you show the orders and your military IDs at check-in.

If you’re traveling for personal reasons, you’ll get three free checked bags. But only up to 50 pounds and only up to 62 inches in dimension.

Do I have to join VetRewards to get free bags on American Airlines?

No. VetRewards and checked luggage freebies are two completely different programs. In fact, checked bags aren’t available to as many military members. (But they also don’t come with a monthly subscription fee.)

TIP: Been erroneously charged a checked bag fee between 2017 and 2020? You may be able to get your money back if you act on this American Airlines class action lawsuit by February 2023.

Who gets free checked bags on American Airlines?

You don’t qualify for free bags if you:

TIP: If you do qualify, your dependents will only qualify for free bags if you’re all traveling on orders. Here’s how they can get free baggage on American Airlines even if you’re not traveling with orders. 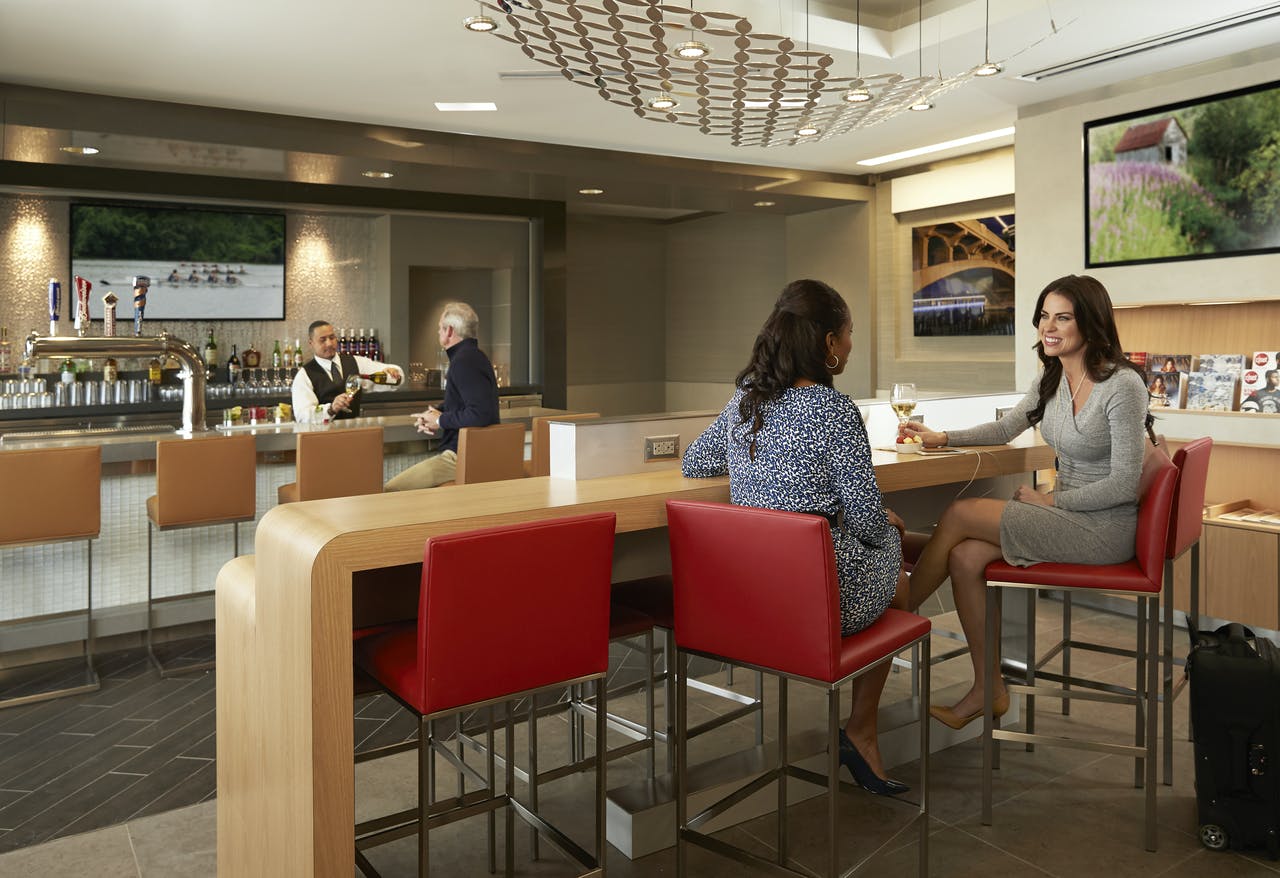 The American Airlines Admirals Club Lounge is available at select airports. It provides free Wi-Fi, complimentary snacks, and drinks on the house. There are extra perks you can pay for at some locations, like full meals or access to a PC.

If you’re traveling in uniform, you get access to the lounge for free. The only exceptions are the locations in San Diego and Honolulu airports.

You can bring your immediate dependent family members into the lounge with you or two other guests of your choosing. Just be prepared to show your military ID and boarding pass for a same-day flight.

Military members board with Group 1 on American Airlines. 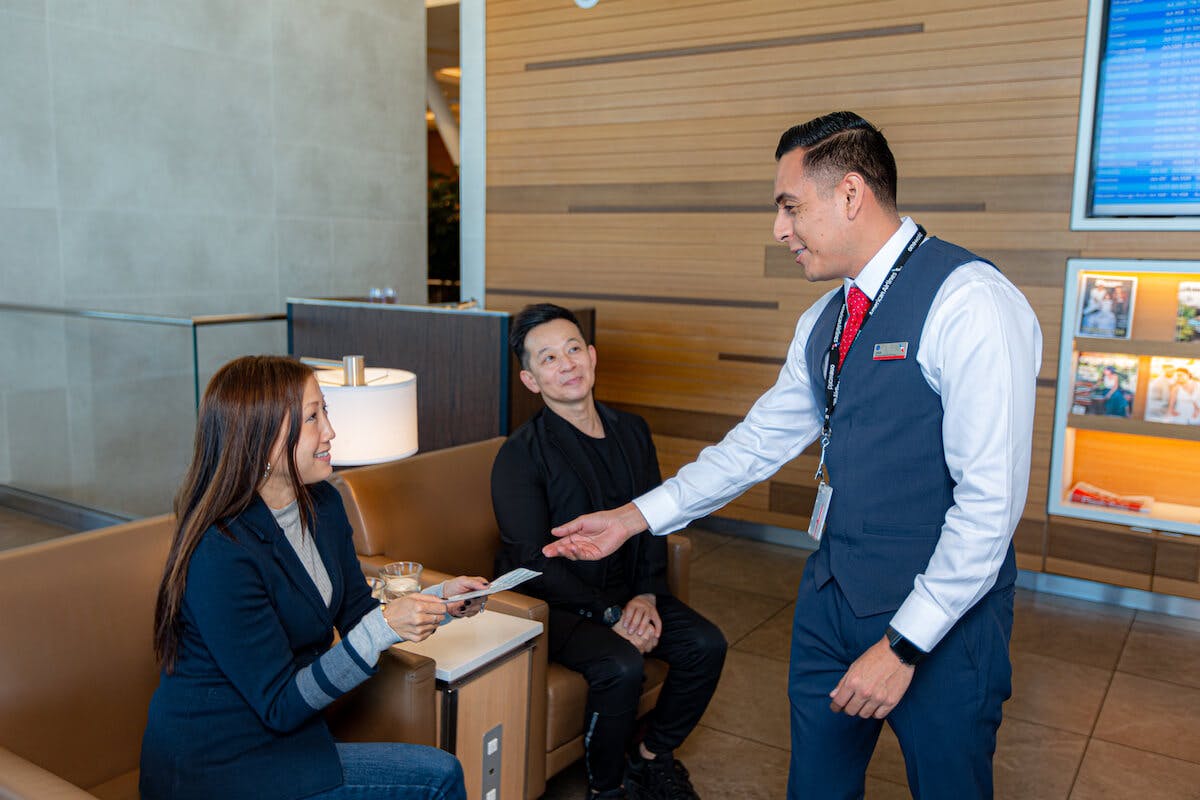 Here’s the priority of boarding with American Airlines:

Okay, okay. It’s a little more nuanced than “everybody else.” There are actually up to nine different boarding groups.

But the point is, if you show your military ID, you’ll get to board the plane before all but the most spendy credit card and travel rewards members. Even if you’re flying economy.

How much are military flight discounts?

As a general rule, 10% is huge for an airline military discount. American Airlines beats out the following airlines who only offer 5% off:

Most of these alternative airlines also operate through Veterans Advantage, so they also come with a fee. Some airlines — like United — only offer the military discount on select flights in addition to offering a smaller discount to begin with.

American Airlines also usually beats out their competitors when it comes to free military baggage policies. 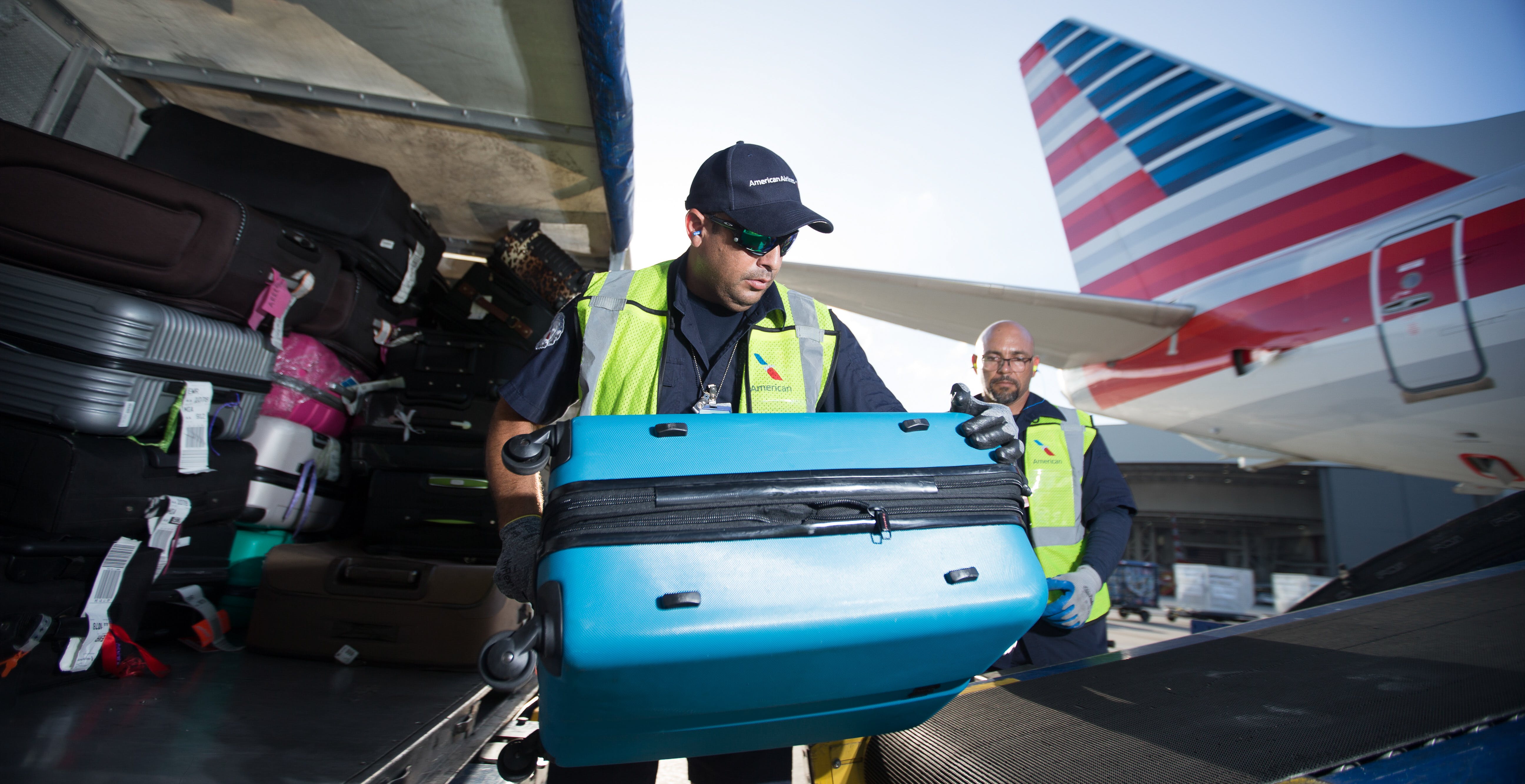 28-Stem Flower Bouquet With Vase, Only $44.98 Delivered From Sam's Club 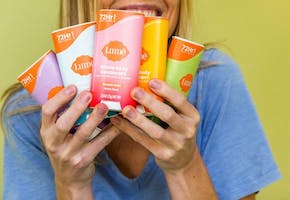 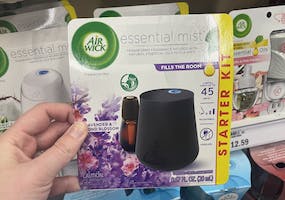 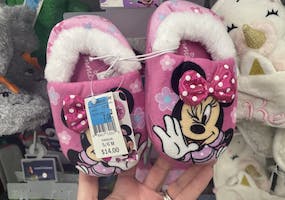 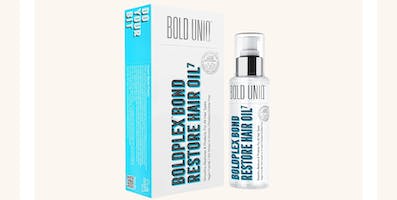 Get $5 Off Greenies Pill Pocket Value Packs on Amazon 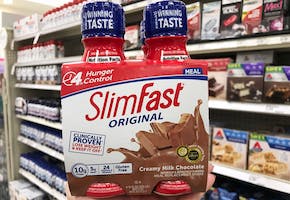 SlimFast Meal Replacement Shakes 12-Count, as Low as $13.11 on Amazon 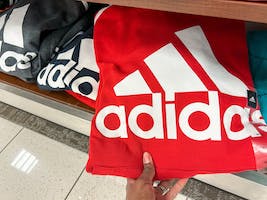 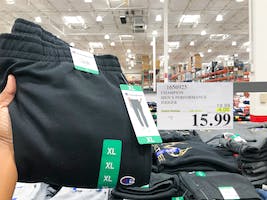 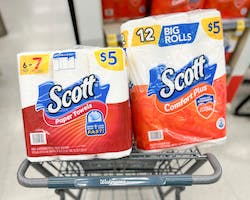 WalgreensFreebieOnline Deals
an hour ago
CA Residents only: Do not sell my personal information.
© 2009 - 2023, Krazy Coupon Lady LLC. Privacy Policy