A keto diet is all about reducing your carbohydrate intake so your body can focus on burning fat. With some restaurants, getting low-carb food and drinks can be a hassle, but there are plenty of Keto Starbucks drinks available.

We’ll tell you which drinks are Keto-friendly and any tweaks you may need to make to get them. (Some of these are actually on the Starbucks secret menu.) Of course, you won’t want to set foot in Starbucks until you read more about how to save money at Starbucks.

NOTE: All the sizes and pricing are in a Starbucks Grande (16 ounces).

Here’s how to make all your Starbucks drinks keto-friendly. 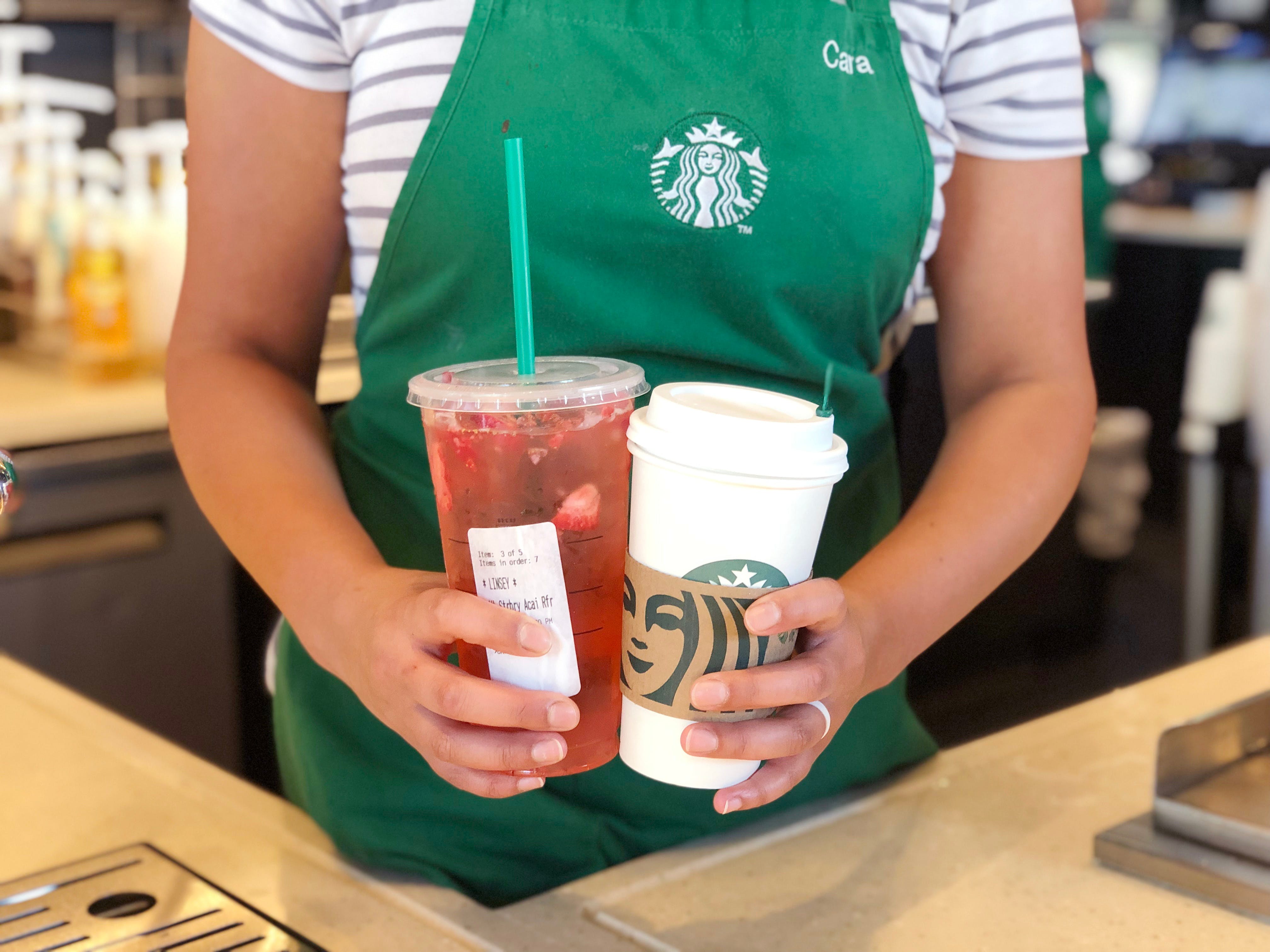 If your favorite Starbucks drink has milk, you can always replace it with a lactose-free substitute like almond, coconut, or soy milk. Each substitution will cost you $0.70. Here’s how many carbs you’ll be saving when you switch:

Here are just a few drinks that you can use this on: 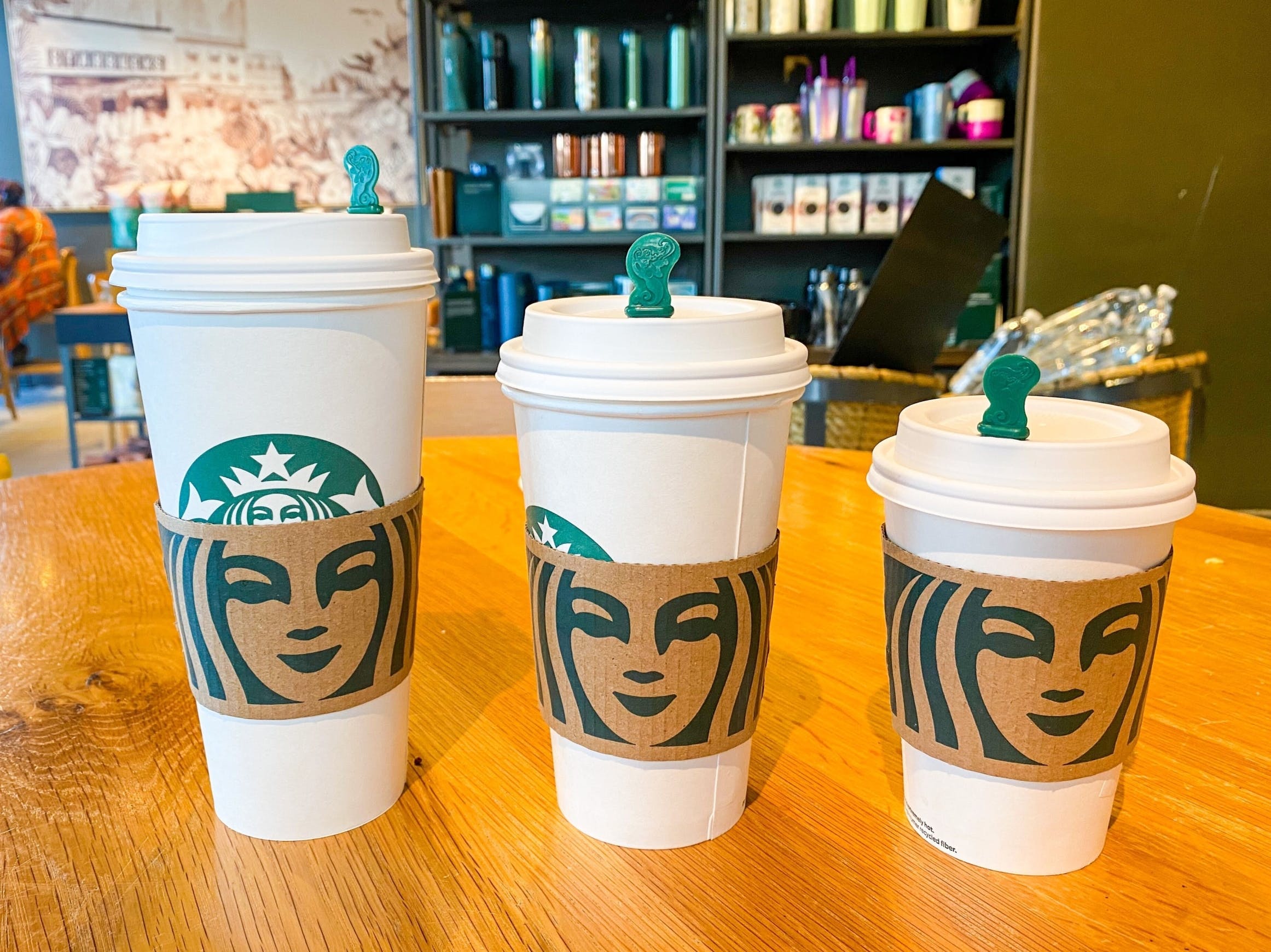 A grande (16 ounces) Dark Roast Coffee from Starbucks ($2.95) contains five calories and zero grams net carbs. If you’re following a keto diet, you can add heavy cream to add some more flavor to your coffee.

A one-shot Espresso ($2.75) from Starbucks has five calories with one carb. An efficient way to get your caffeine fix, which makes it one of the best Starbucks keto drinks on the menu.

A one-shot Espresso con Panna from Starbucks ($2.85) is 30 calories with one carb. It’s a bit richer than a normal espresso without sacrificing the carb count.

A grande (16 ounces) Americano from Starbucks ($3.75) is 15 calories with two carbs. An easy way to decrease the carb count on this drink is to ask for one shot of espresso instead of two.

A grande London Fog from Starbucks will generally have 29 grams net carbs on account of the steamed milk and vanilla syrup. Just order an Earl Grey Tea ($3.45) and add in two pumps of sugar-free vanilla and a splash of heavy cream ($0.80).

Chai Tea Lattes are made with a milk base, so the easiest way to make this keto friendly is by ordering a Chai Tea with two shots of heavy cream and two shots of sugar-free vanilla syrup (which can be purchased for $4.25).

The Keto Mocha is super simple to order since all you need to do is ask for the “skinny mocha sauce” and replace the milk with half heavy cream and half hot water — these changes will only cost you $5.95 total for a grande (16 ounces) drink. Unfortunately, you won’t be able to get this through the app since the options aren’t available.

Black Milk Tea is a staple in almost every tea shop, and you can get your own keto version at Starbucks. All you need to do is order a Black Milk Tea (normally $3.45) and add a splash of heavy cream. 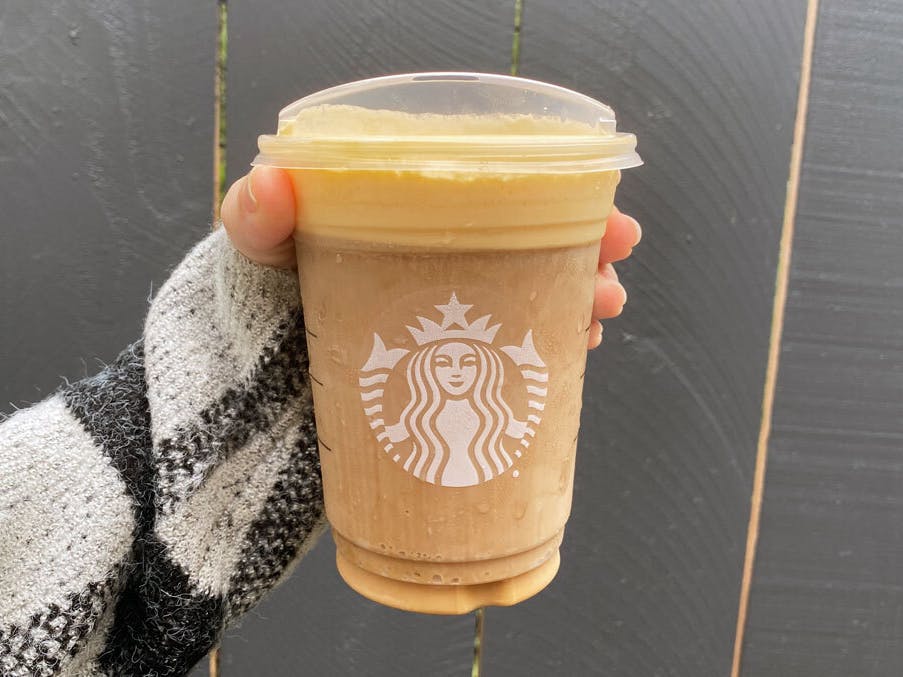 A grande (16 ounces) Cold Brew from Starbucks ($4.45) is five calories with zero carbs, making this one of the best drinks to get at Starbucks if you’re following a keto diet.

A Frappuccino is pretty enticing, but if you’re following a keto diet, you’re going to be drinking 62 carbs. You can reduce that carb count to three with this Keto Frappuccino recipe.

I love Starbucks Pumpkin Spice Latte, but at 52 grams net carbs, it’s hard to justify in a keto diet. Here’s how you can get a pseudo-PSL without all the carbs:

Of course, this is only available during Pumpkin Spice Latte season.

TIP: You can do this with all of the Starbucks holiday drinks. That way, you can still have your Gingerbread Latte and Peppermint Latte while still being keto-compliant.

A keto Starbucks Pink Drink is essentially a watered down version of the Pink Drink. Which is great because instead of 28 grams net carbs that comes with the original drink, you’ll be getting one gram net carbs:

A grande (16-ounce) Pink Drink from Starbucks ($4.95) is 140 calories with 28 carbs. Unfortunately, there isn’t a completely keto-friendly way to order this drink, but for a watered down version of the Pink Drink, you can order an iced Passion Tango Tea ($3.45), a pump of sugar-free vanilla syrup to provide some sweetness, and heavy cream. 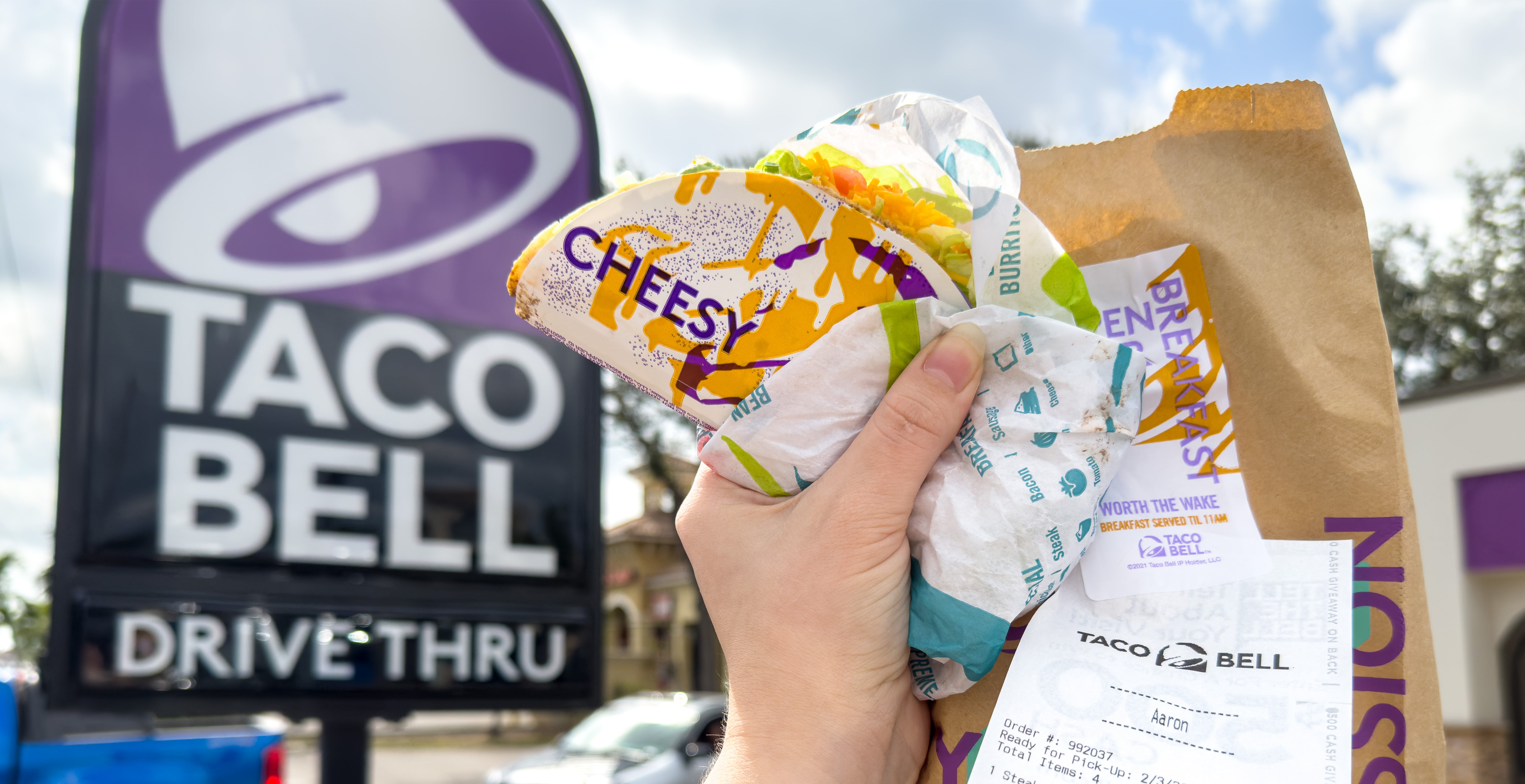 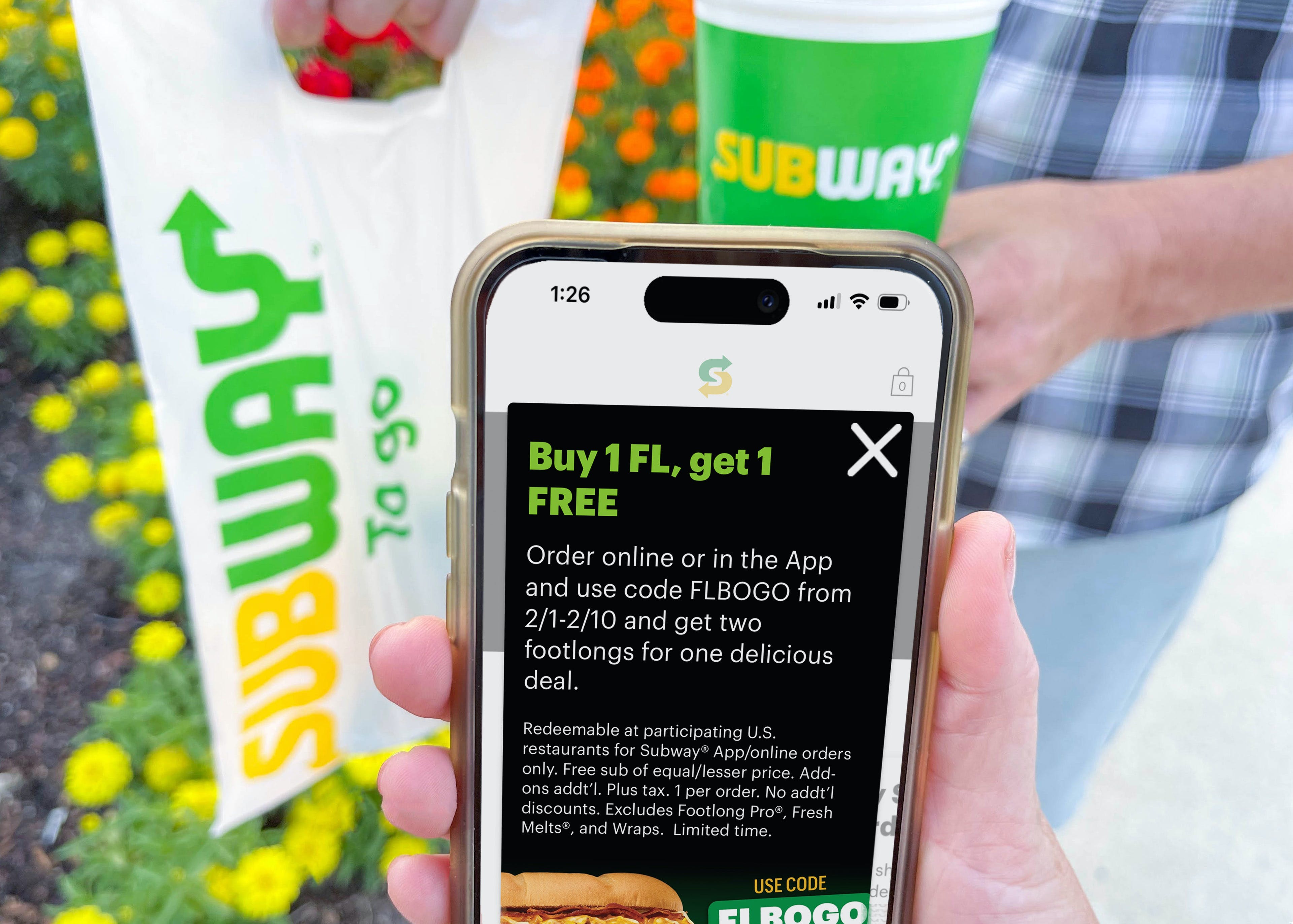 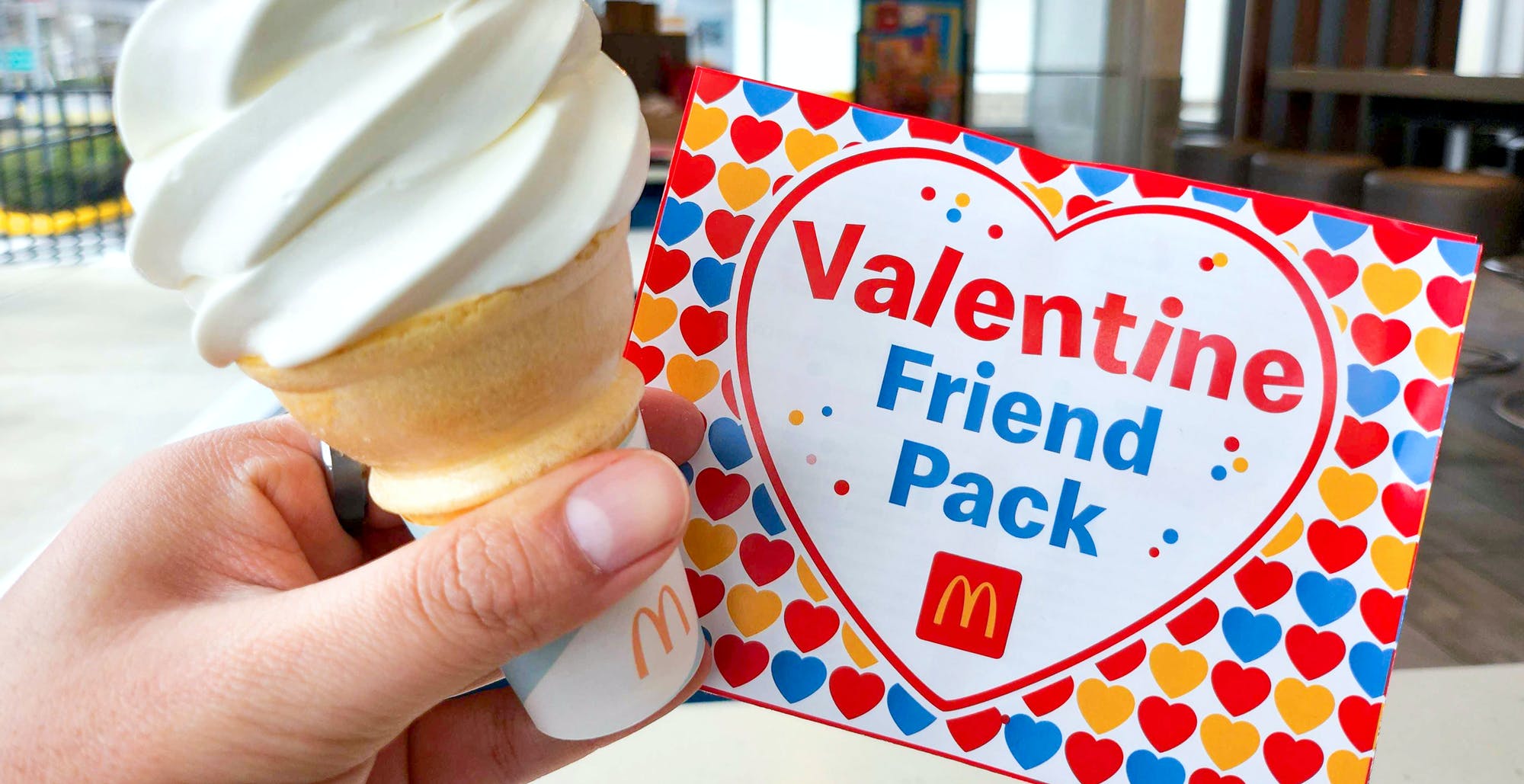 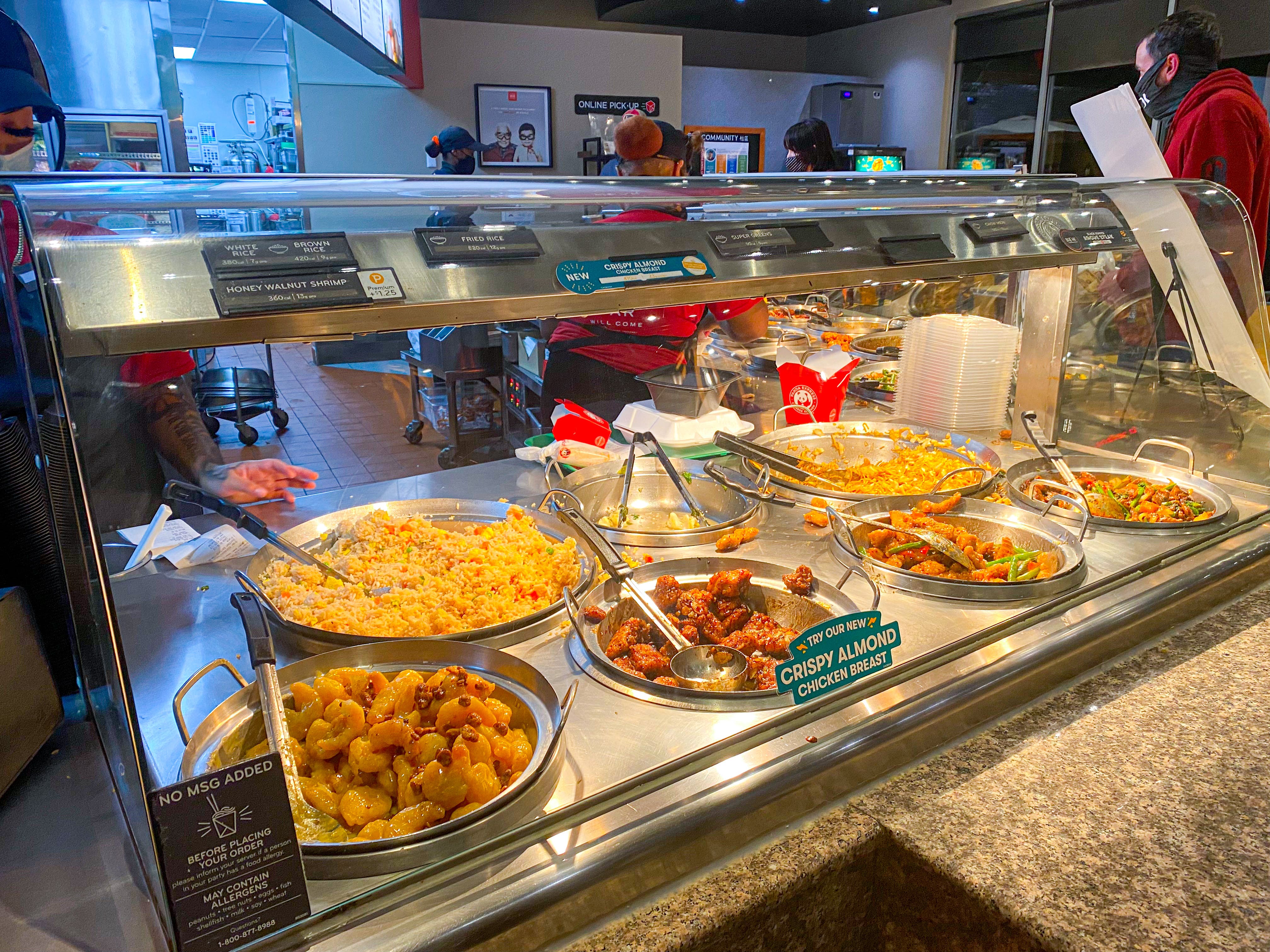 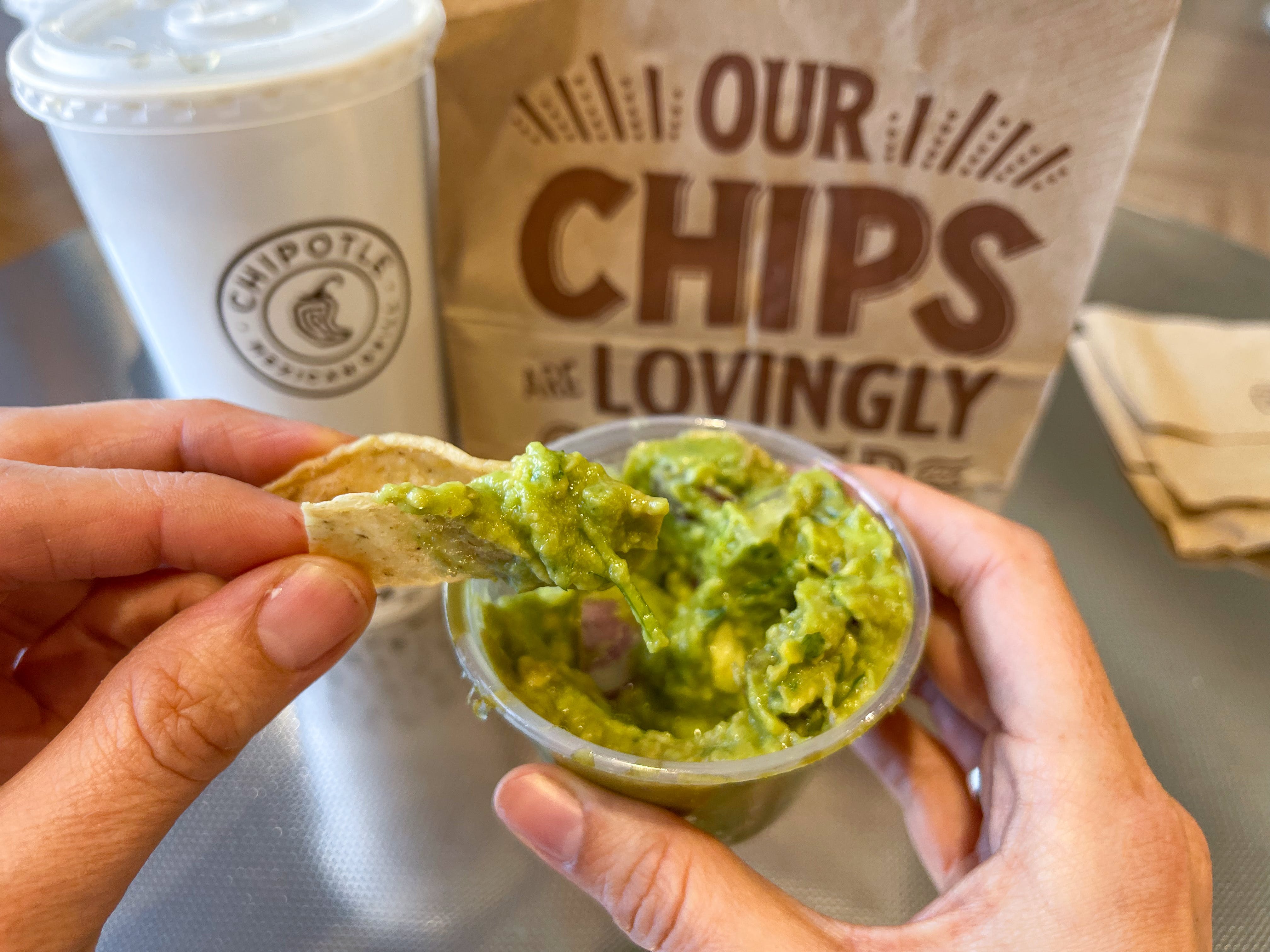 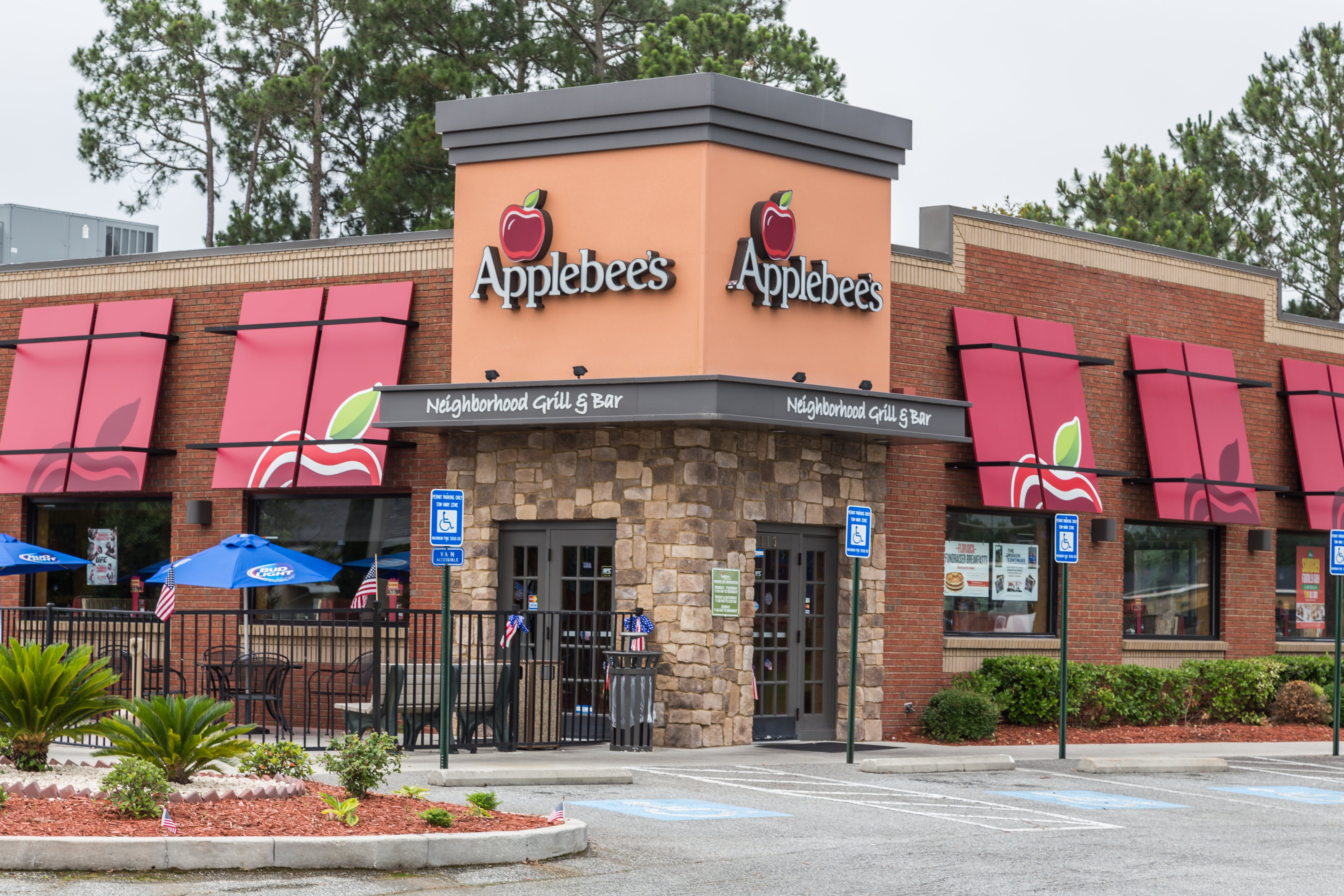 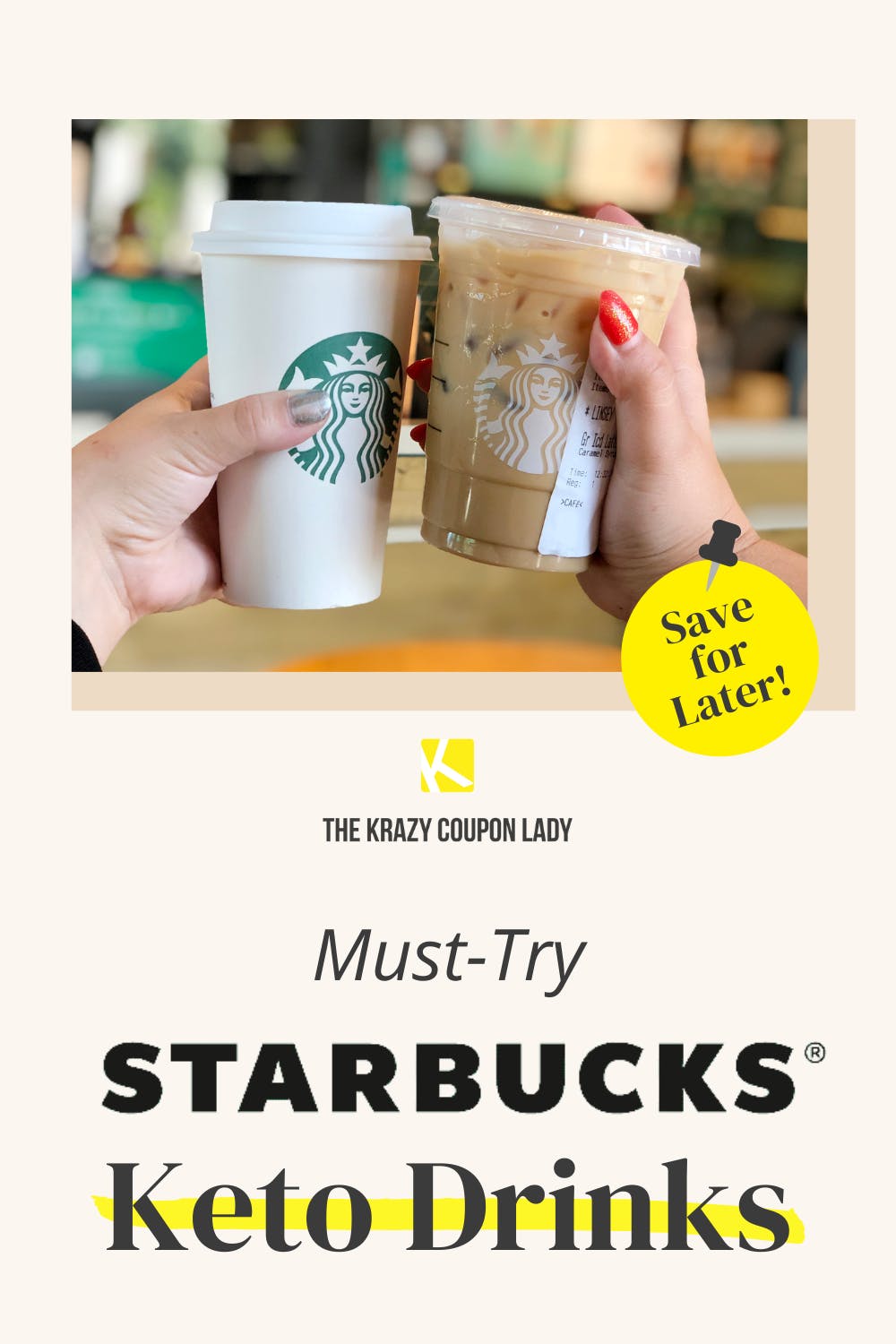 up next
How to Get Cheap or Free Starbucks Drinks Every Time You Order
Related articles
Starbucks Partner Benefits Pay for IVF, Coffee, Spotify Premium, & More
Every Item Affected by the Starbucks Price Increase 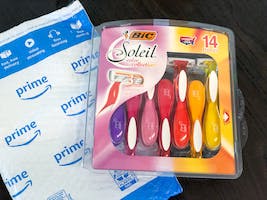 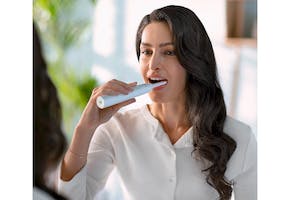 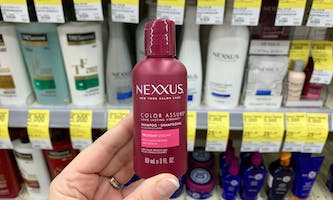 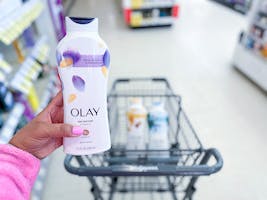