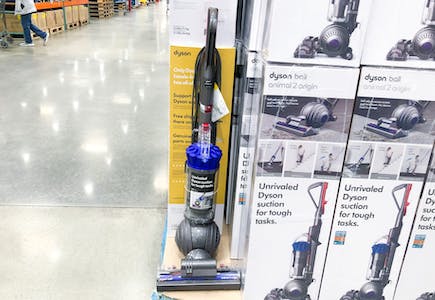 Costco members can save $100 on a Dyson Ball Animal 2 Origin Upright Vacuum Cleaner this Black Friday. Pay just $249.99, normally $349.99. Features include an instant-release wand, three Dyson tools, a self-adjusting cleaner head, and more. Amazon sells the same vacuum for $147.01 more than Costco. Please keep in mind that this is a member-only deal. Sign up for a Costco membership and get a $10 or $20 Costco shop card.

Christmas Snowflake Projector Light, Only $13.99 With Hidden Code on Amazon

The Farmer's Dog: 50% Off Your First Box of Fresh Dog Food

Vans Shoes for the Fam at Kohl's

Colgate Toothbrush 6-Packs, as Low as $2.30 Each on Amazon

Birthstone Personalized Ornaments, Only $9.99 at Zulily

Benebone Best-Selling Dog Chew Toys, as Low as $5.17 on Amazon