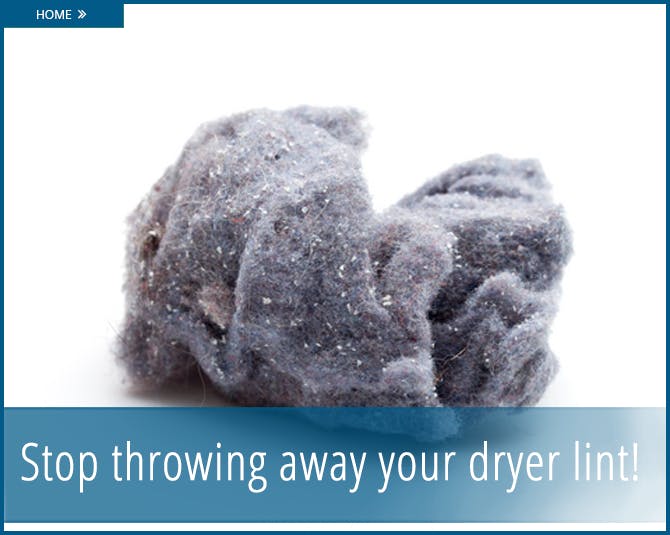 Because I’m a frugal, recycling KCL, I look for alternative uses for things I routinely throw away. One thing I do every time I dry a load of laundry is throw away the dryer lint. What I should be doing is keeping it for other money-saving uses instead. I used to think dryer lint was dirty and that it had to be thrown away, but in reality, it’s actually just clean fiber from your freshly laundered clothes. When you combine the agitation of the washer along with the static friction that occurs when hot air blows in the dryer, you get dryer lint! It’s not dirty, it’s soft and can be used for different things around the house. Instead of heading to the store to buy already-made products, check out these six quick tips to make good use of the dryer lint that ends up in the garbage:

Stuff toilet paper and paper towel tubes with dryer lint and use as fire kindling. Or, use an egg carton: add dryer lint to each egg cup, add some paraffin wax, let it sit for few minutes and store for fire starter. Most of the items required to make firestarters come from things you would throw in the trash!

I use an old pillowcase (but you can certainly purchase a pillowcase that fits your decor) and stuff it with dryer lint to use as a doorstop. It works perfectly to prevent door drafts, or try using it in a window seal for the same purpose. Obviously, it may take a few loads of dryer lint to make one of these babies.

Cotton-only dryer lint easily decomposes and works well in flower beds for mulching or to protect against cold temperatures. Don’t use dryer lint from synthetic fibers as these do not decompose and may contain chemicals which will damage your plants. Since dryer lint is soft and light, make sure you cover it with some dirt to keep it from blowing away.

Instead of buying kitty litter to soak up oil spills in your driveway and garage, use dryer lint!

If you have kids at home, then you know that science projects come every year. Instead of heading to a local craft store, grab your dryer lint and make your own papier-mache. Here’s a simple recipe:

Tip: Store dryer lint in plastic bread bags or plastic resealable bags until you’re ready to use them. Get everyone in your house involved—they’ll love seeing their lint collection put to work! 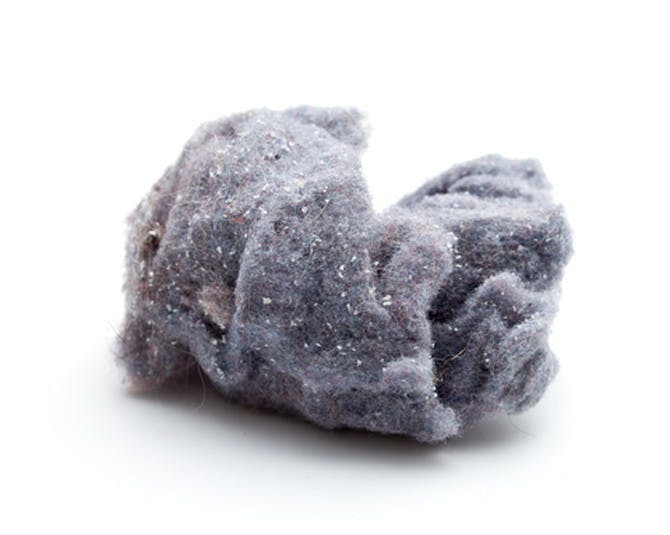