How to Save on Propane 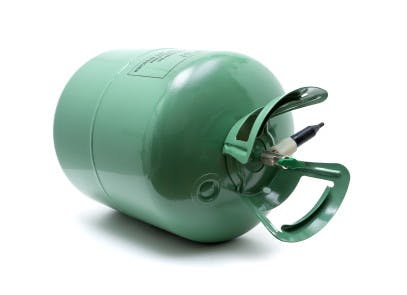 Summertime generally brings to mind pool parties, vacations to the beach and, of course, grilling on the barbeque! I absolutely hate having to turn the oven on during the hot summer months, so when the temperature hits triple digits, grilling is my go-to method for cooking dinners. Unfortunately, propane can put quite a dent into my grocery bill. But fear not—here are six ways to fill up your tank without burning through your budget:

1. Refill your tank as opposed to exchanging it

If you’ve used propane tanks in the past, you’ve probably exchanged them at places such as a hardware store or your local supermarket. It’s quick, convenient, and you were probably going there anyway, right? However, most big box stores only fill those tanks up to 15 pounds instead of the 20 pounds that they can safely hold, which means that you are taking home a tank that is only three-quarters full. When you take your tank to a place that will refill it, they will fill it to the full capacity, and you will typically pay a few bucks less. Another perk of refilling? If you accidentally bring in a tank that still has 5 pounds in it and you exchange it, you just lost those 5 pounds. But if you refill it, you will only be charged for the 15 pounds that you’ve added to your tank. Exchanging may be convenient, but refilling will not only cost you less but will have you running to the store less often.

Propane costs can vary greatly from store to store, so it’s important to shop around in order to find the best deal. Although prices vary depending on location, the average cost of propane per gallon usually fluctuates around $3.00. However, retailers can vary greatly, charging anywhere from $2.00 to $4.00—or even higher! While you will need to contact most stores for current prices, some stores such as Walmart and U-Haul keep their current propane prices online so you can easily keep track of the best deals.

This is one of the easiest ways to save on propane! Gas grills generally heat up in 5–10 minutes, so if you’re leaving your grill on for 15 or 20 minutes before you throw your burgers on, you’re greatly increasing your fuel consumption. Instead, get your kitchen prep done before you get the grill going, and, if need be, place items back in the fridge until the grill is thoroughly preheated. If you’re ready to cook as soon as the grill is, and you turn it off immediately after using it, you can end up saving yourself a bundle.

You’ve probably heard about BTUs while shopping for grills, but what exactly is a BTU? A BTU, or British Thermal Unit, is a basic measure of heat. One BTU is the amount of energy needed to heat one pound of water one degree Fahrenheit, measured at its heaviest point. For a general idea of what this really means, one BTU is basically the equivalent to burning one match. Many people think that more BTUs are better, but these days most grills are designed efficiently enough that they don’t require a high output. If you’re running your 50,000 BTU grill on high, your 20 pound tank will last somewhere around 10 hours, but if you turn your grill down to 30,000, you’ll prolong the life of your tank by approximately five hours. That’s a savings of nearly 33 percent!

When shopping around for propane, you’re probably going to check prices at all of the typical places—supermarkets, home improvement stores, Walmart and the like. However, there are quite a few spots that you may not think to check such as U-Haul, Bass Pro Shops, gas stations, beer and wine shops, and warehouse clubs. In fact, last summer when I was checking prices on new tanks, a friend suggested Costco. I checked them out and they consistently came up as the cheapest in my area! In fact, I saved about $5 each time I purchased propane—and I never would have thought to check there!

You may not think to check for coupons for something like propane, but many companies such as Blue Rhino and AmeriGas offer coupons! Past coupons have included $3.00 off any tank exchange and $3.00 mail-in rebates. So if you’re about to head out to pick up a new tank or a refill, make sure to take an extra minute to do a quick search for any available coupons. After all, what kind of Krazy Coupon Lady would you be if you didn’t check for coupons?