As far as coupon policies go, Dollar General’s coupon policy is straightforward and transparent. This company scores 10 out of 10 for communicating clearly with their customers.

But there are some odd nuances to the Dollar General coupon policy. For example, in 2023 you still have to print out online manufacturer coupons — screenshots won’t suffice. And any plans you had to split your order to maximize your coupon potential won’t work, as Dollar General won’t allow you to split orders.

It’s not all doom and gloom, though. Dollar General is still one of our favorite places to score free items thanks to low base pricing and coupon stacking. This isn’t a bad store coupon policy; you just have to learn how to work it.

Be sure to download The Krazy Coupon Lady app so you don’t miss out on a single Dollar General deal. 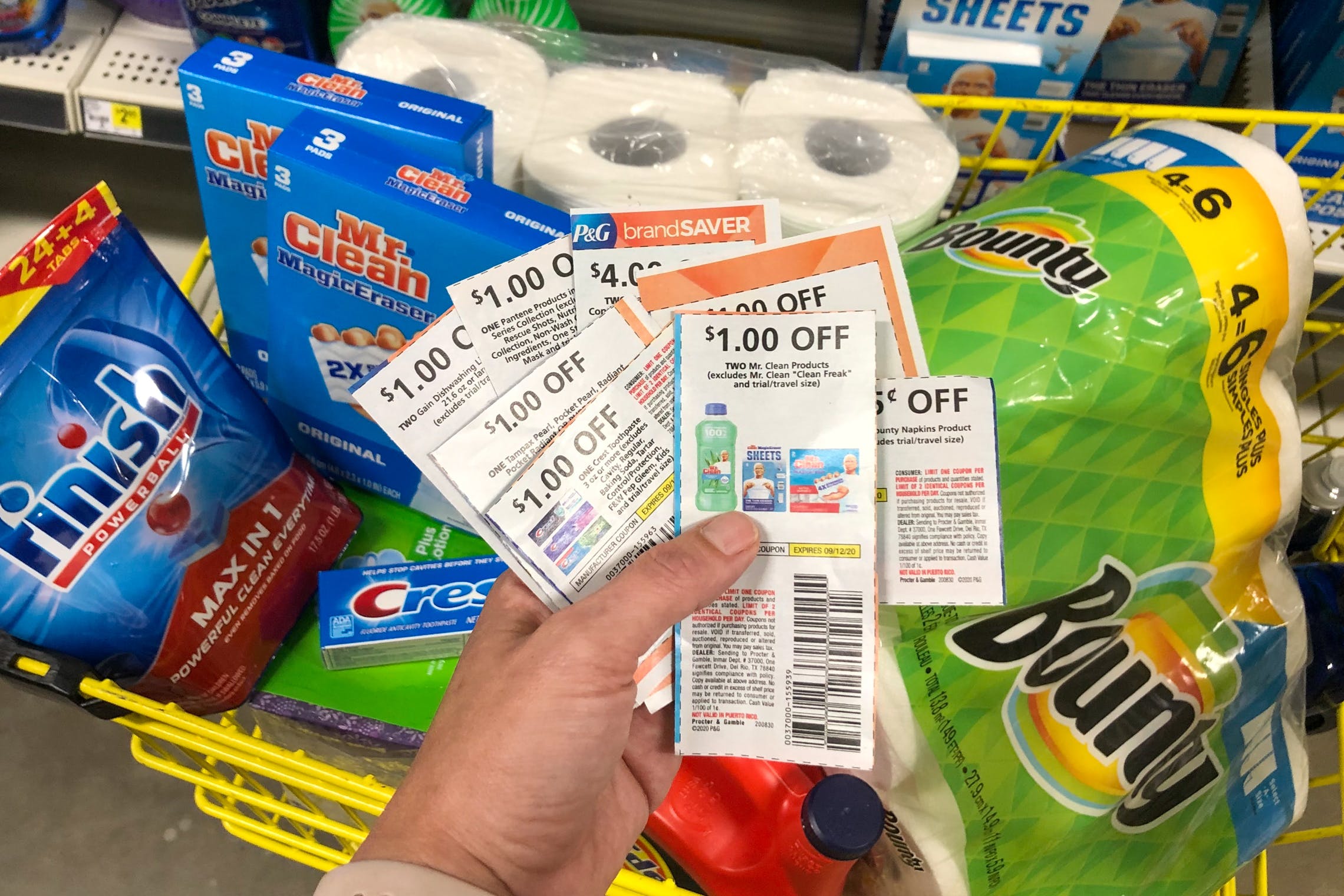 You’re allowed to use manufacturer coupons at Dollar General as long as they don’t explicitly state that they’re for use at a competitor’s store.

Dollar General also issues their own store coupons in both print and digital form. 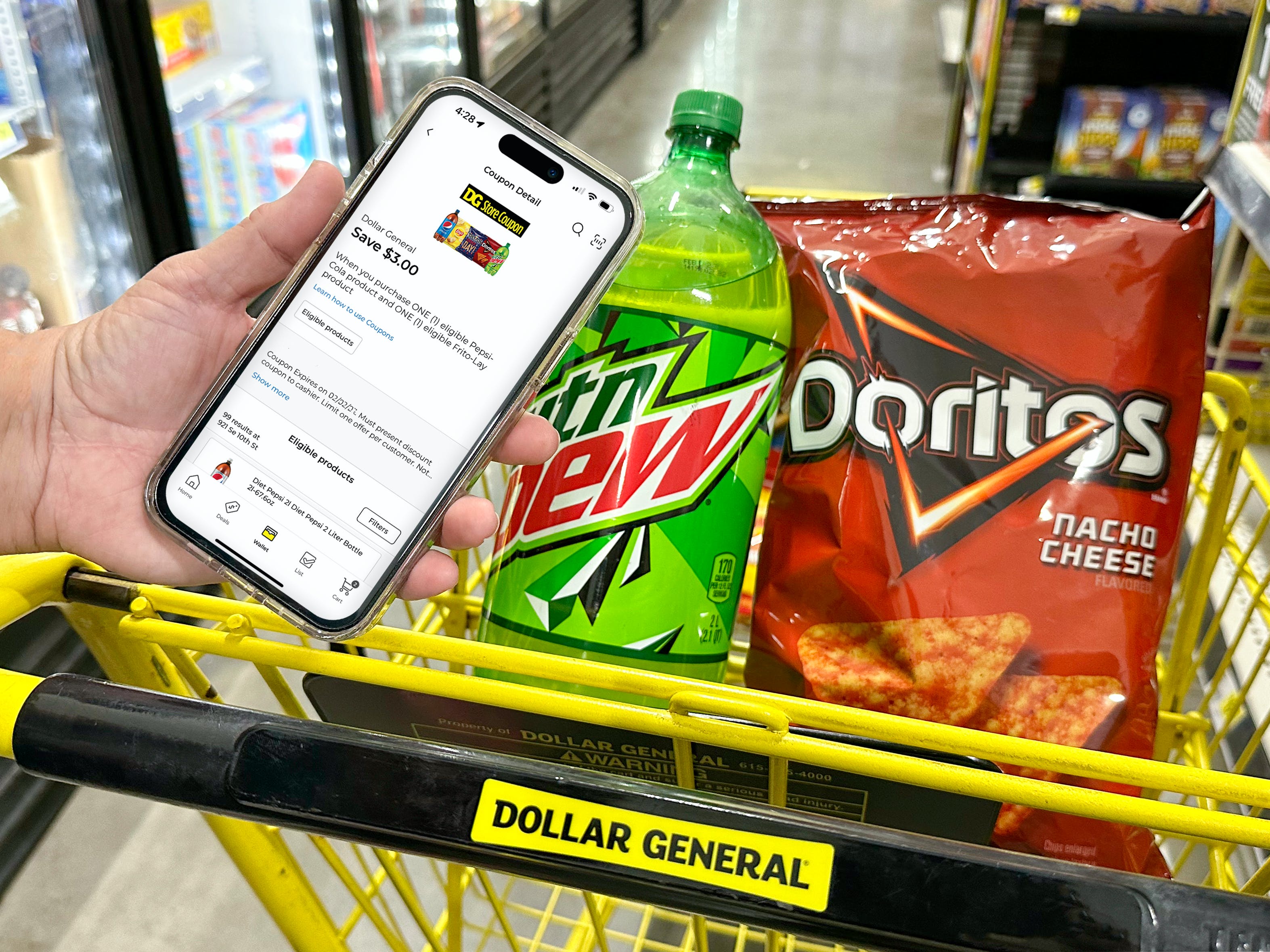 Printable coupons must have a barcode or promo code. 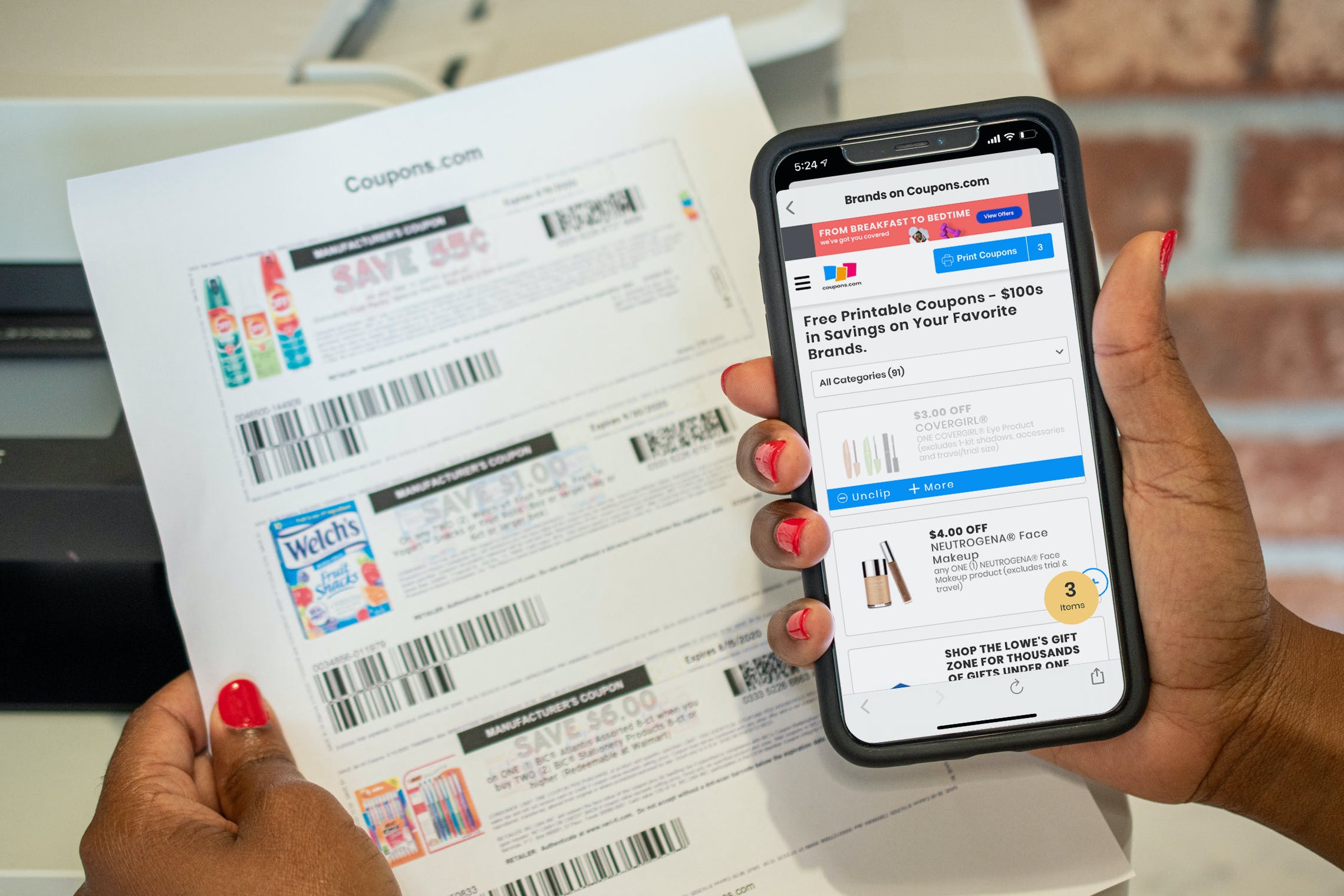 You’re totally allowed to use manufacturer’s coupons found online. Just make sure that when you print them, there’s either a barcode or promotional code visible. It’s also gotta have an expiration date, otherwise Dollar General won’t take them.

TIP: No screenshots allowed. Make sure you actually print out your coupons. While Dollar General will accept manufacturer coupons and issues their own store coupons, they won’t accept competitor coupons. 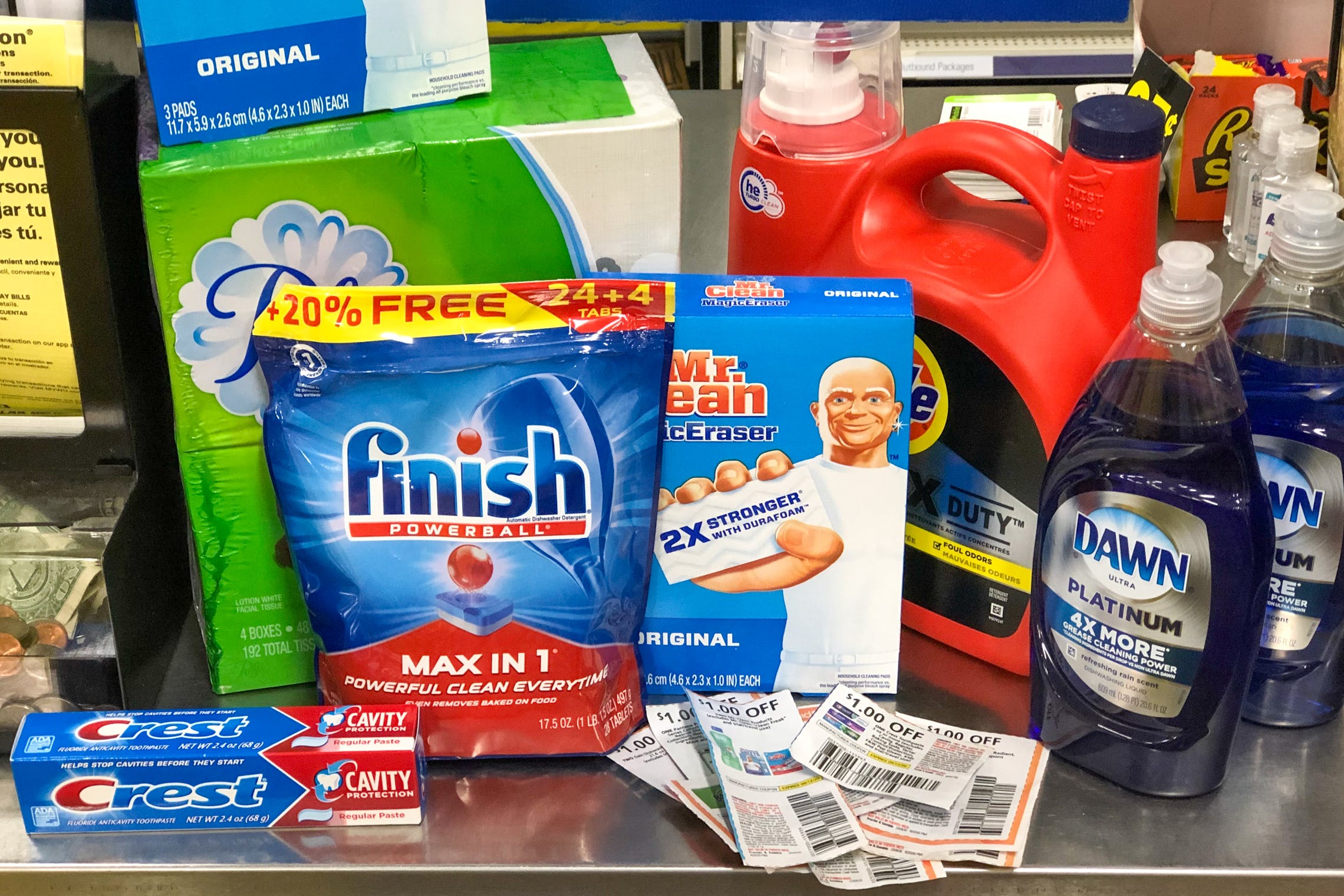 Dollar General won’t accept all coupons. But if you do have a valid paper manufacturer coupon and a digital Dollar General Coupon, you can stack them on top of each other to maximize your savings.

You can also stack two Dollar General coupons on top of each other per each item.

You can still combine it with a digital Dollar General store coupon, though.

TIP: Read the fine print. Sometimes a coupon will say “Not valid with other coupons,” which makes all of the above scenarios null and void.

You can only use five identical coupons per household.

You’re only allowed to use one identical coupon five times on any given day. And this rule doesn’t apply to each order — it applies to each household.

You’re not allowed to split your order. 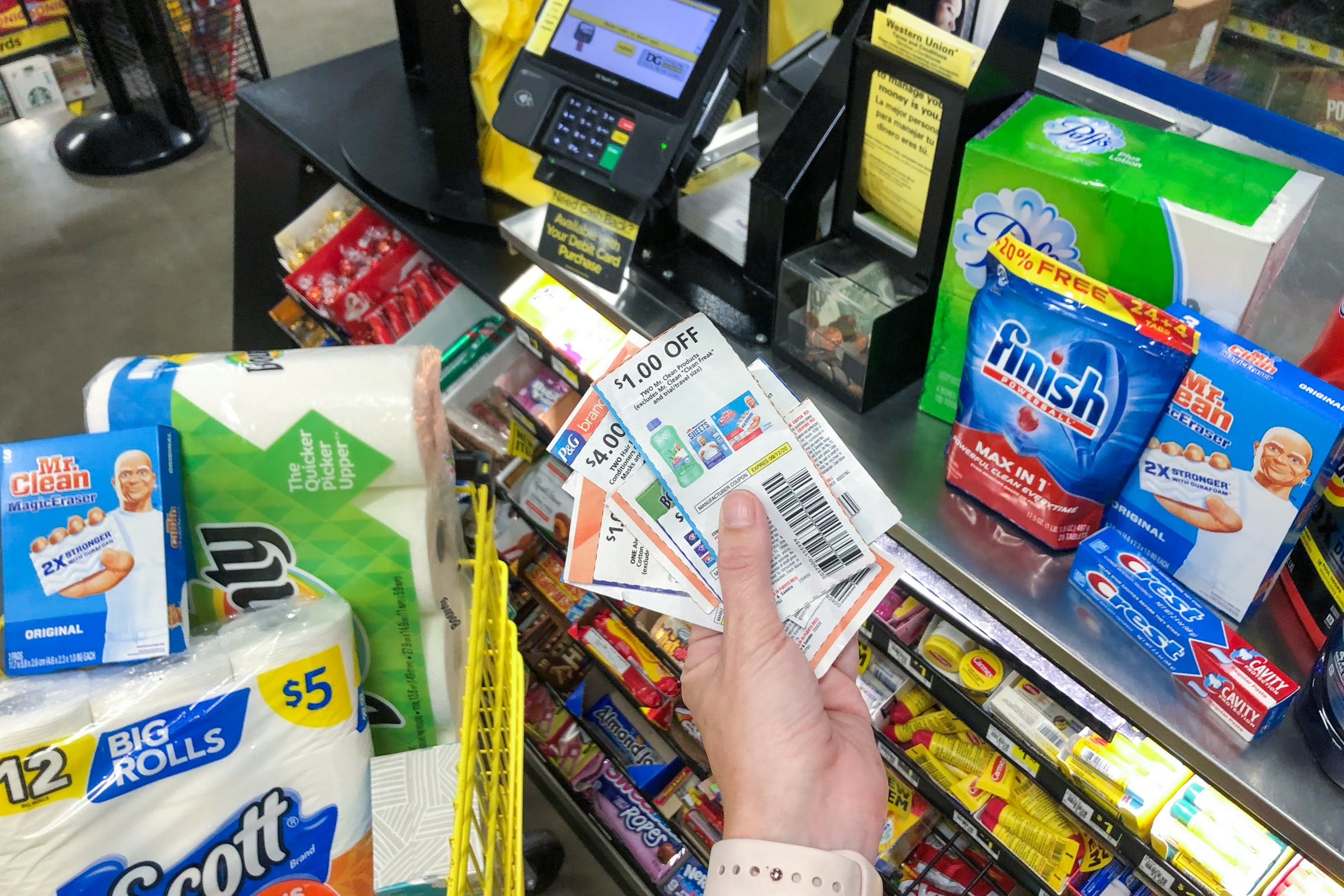 Don’t think about trying to split your order to claim 10 identical coupons per day, either. That’s not allowed. They’re serious about keeping you down to five per household. 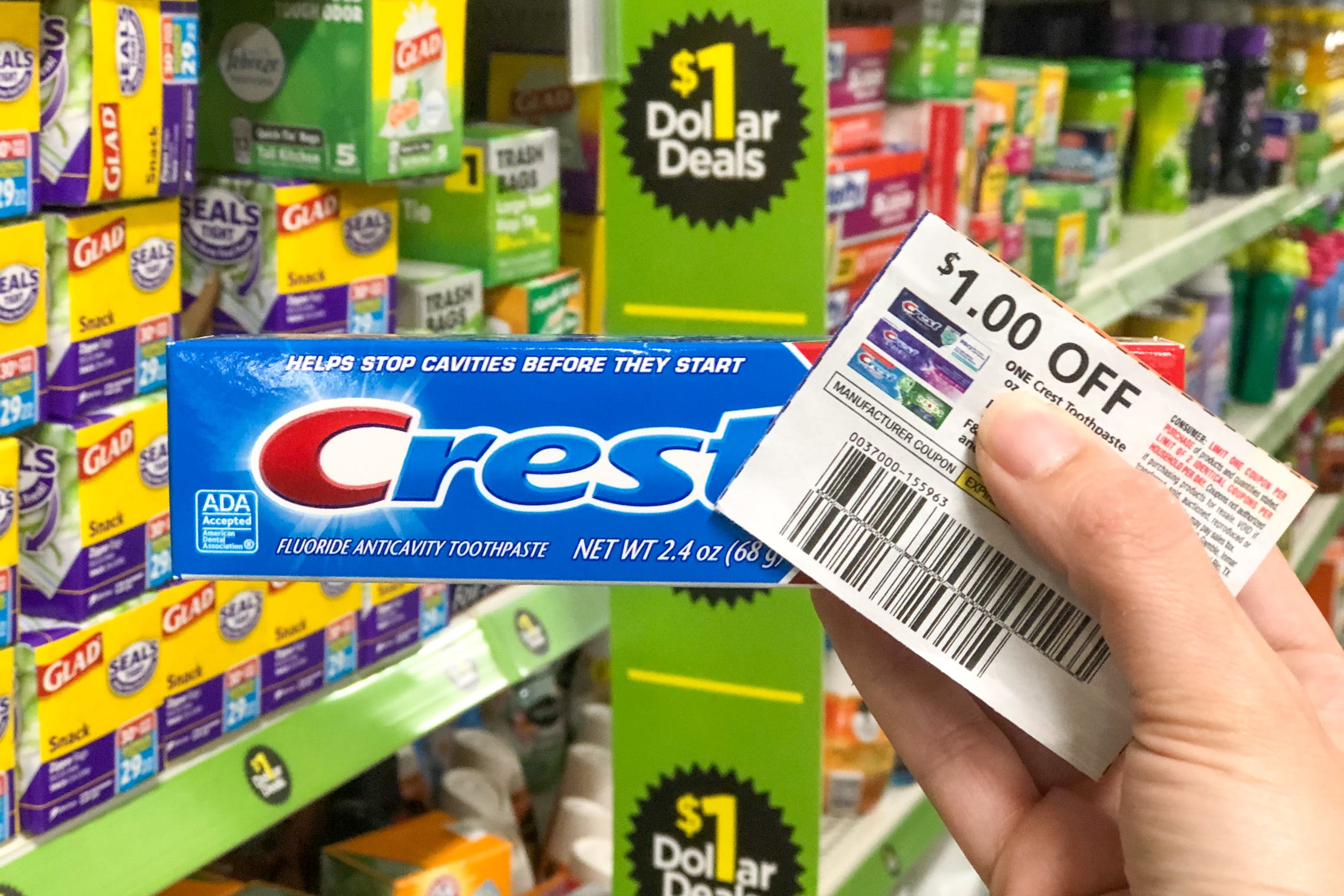 Technically, Dollar General will pay overages on coupons, but only if you’ve still got a balance. If you hit $0, all overages stop. So you can no longer use coupons to get paid for shopping at Dollar General.

Let’s say you have a digital store coupon for $0.25 off a tube of toothpaste. You also have a manufacturer coupon for $1 off and Dollar General is charging $1 per tube of Crest. If the toothpaste is all you are buying, you’ll get $1 off total. That’s it. Dollar General won’t pay you the extra quarter like they might have in the past.

But let’s say you aren’t just getting toothpaste. You’re also picking up dish soap and a toy for your niece’s birthday party this weekend. Your total comes to $15 before coupons. In this case, the coupons will reduce your total by the whole $1.25 down to $13.75. Because you still owe the store money, they’ll honor the entire discount.

To get a free item, your coupon better be BOGO.

If you have a manufacturer’s coupon for a free item, there’s some nuance when it comes to Dollar General accepting it. If it’s just for a free item period — no strings attached — you’ll get turned down at checkout.

However, if it’s a BOGO free coupon, you can absolutely use it at Dollar General. Or if it’s a coupon along the lines of “Get a free soda when you purchase a bag of chips,” you’re allowed to use that, too. Nothing’s worse than getting psyched for a great deal, only to find empty shelves. Unfortunately, Dollar General doesn’t issue rain checks. If they’re out of stock, you’re SOL.

How to coupon at Dollar General:

Alright, now you know the ins and outs of the Dollar General coupon policy. But applying what you’ve learned takes things to a whole new level.

We’ve taken all the work out of figuring out how to coupon at Dollar General for you, including things like timing coupons with the best sales and how to get free items by upping your couponing strategy. 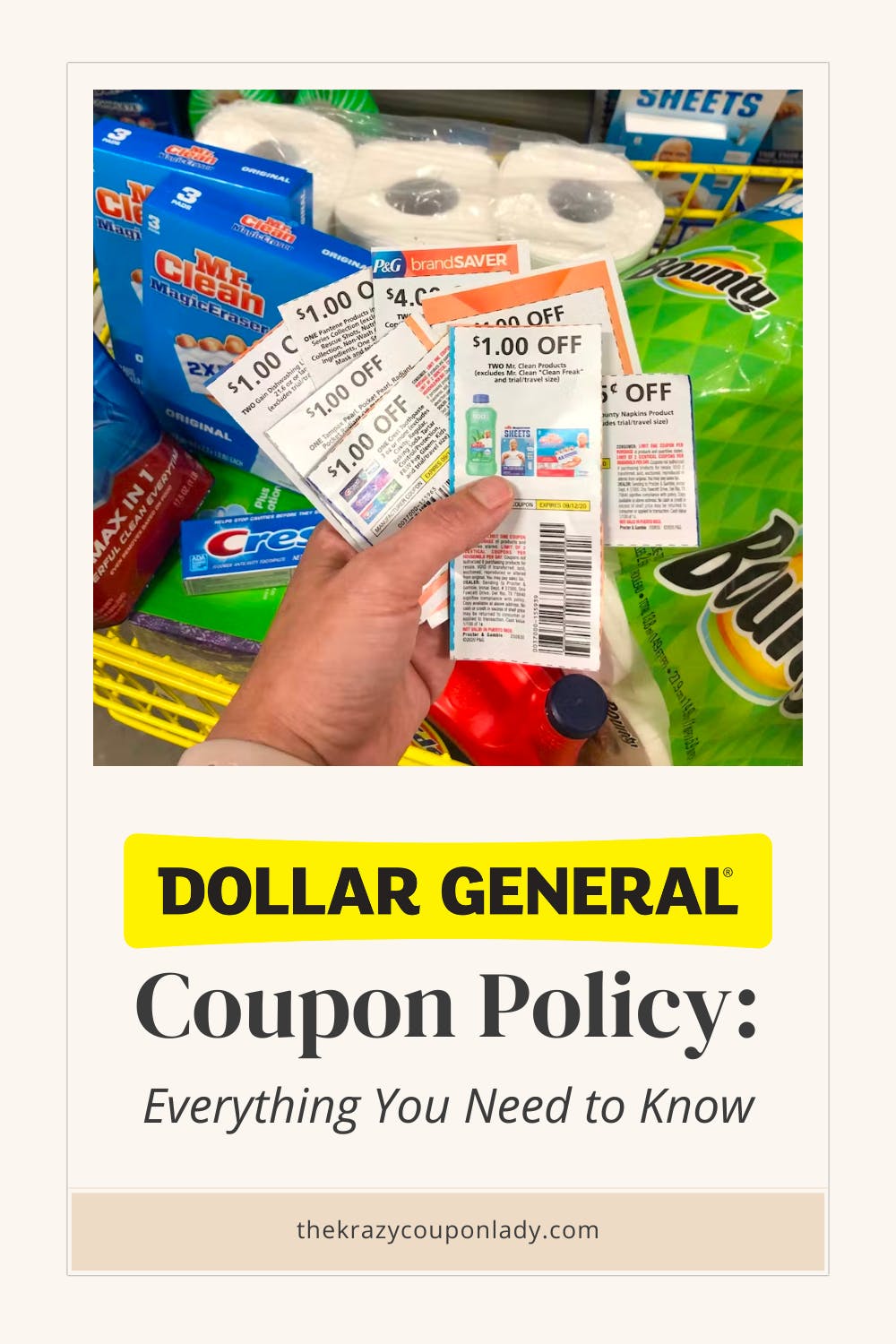 up next
How to Coupon at Dollar General
Related articles
What Is Dollar General Market? A Deep Dive
Free Budget Printables for a Money-Saving New Year