When trying to save money on booze, I have a couple of little tricks. For beer, some stores give you a discount when you create your own custom 6-pack (versus buying a set pack). Others will give you deals when you sign up for a loyalty program (Total Wine and BevMo each have them). There’s also this alternative: buy cheap alcohol. Because you never want an at-home martini to taste cheap, we’ve rounded up the best cheap vodkas for your next homemade cocktail.

So what’s considered “cheap” vodka? The general rule of thumb is usually $20 or less for a 750 ml bottle. And not all cheap vodkas are created equal. What works best for you really depends on what you’re going to use it for. Like if you’re looking for something tasty to sip on the rocks, you’ll still probably want to spend a little more than you would for vodka that’s going in a fruity mixed drink. Otherwise, you don’t need to spend any more than $20 for decent taste and quality.

For the most savings, you can use our best alcohol coupons to save even more money on these options. Or shop for alcohol at drugstores to get even lower prices (prices vary by store and location). Also, a lot of people don’t know you can actually buy alcohol at Costco without a membership.

So no matter what you’re pouring into your cocktail shaker, here are the best cheap vodkas in 2022.

For more money-saving tips, text DEALS to 57299 to be the first to know about the hottest deals each day. 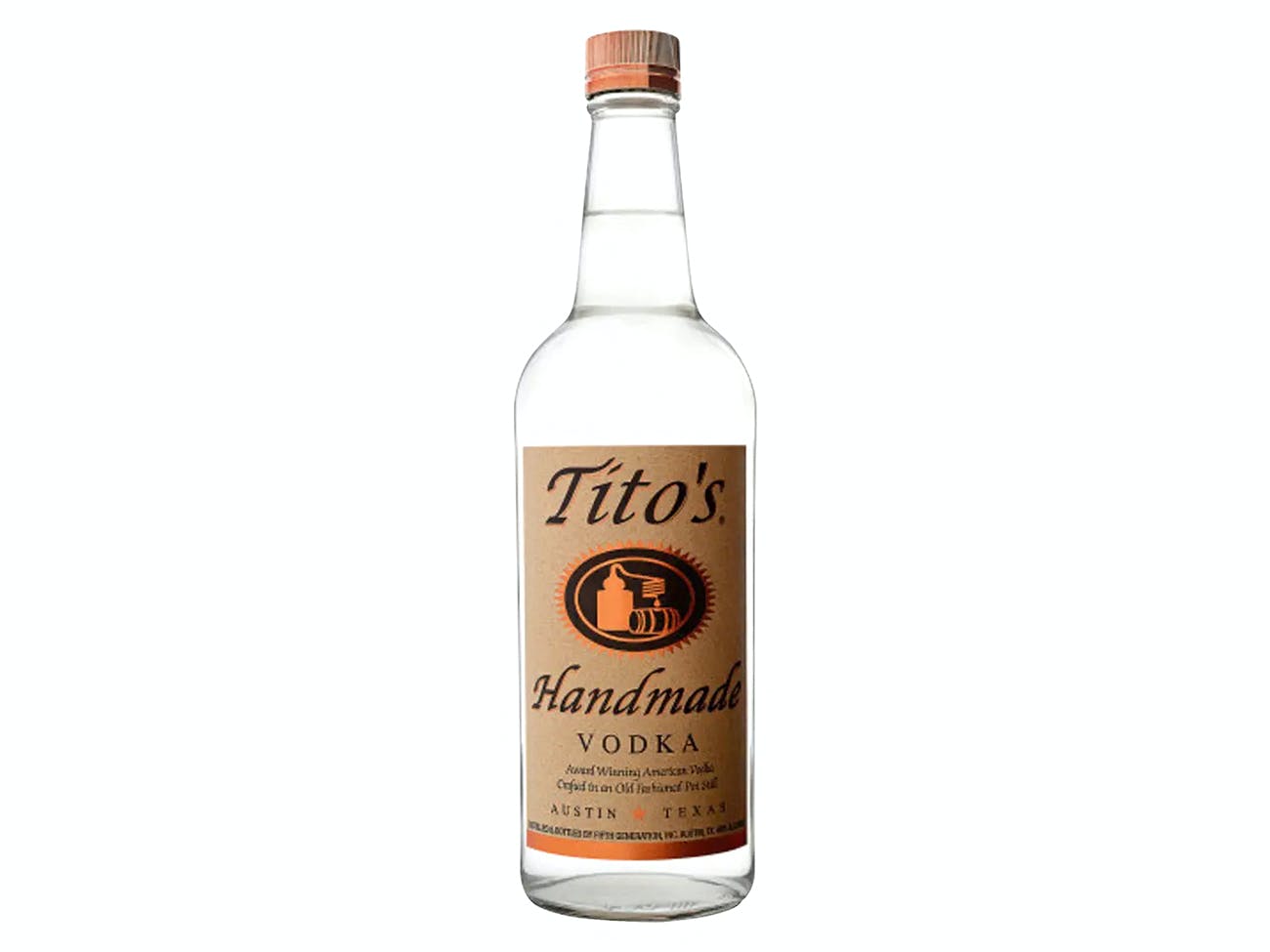 At under $17 a bottle, Tito’s Handmade Vodka ($16.99, Total Wine) is the best cheap vodka you can buy for just about any kind of drink. You can enjoy Tito’s straight or in cocktail thanks to its crisp, clean finish. I always ask for Tito’s and soda with extra lime at the bar, but it’s so affordable (and naturally gluten-free) that I have it on hand for parties and gatherings, too.

Tito’s is handmade in small batches and distilled in old-fashioned copper stills. That’s why you get a smooth finish and not much of an unpleasant aftertaste. It has 40% ABV (or alcohol by volume), which is the standard for vodka in the U.S.

Related: 15 Ways to Get Alcohol for Cheap, Not Cheap Alcohol 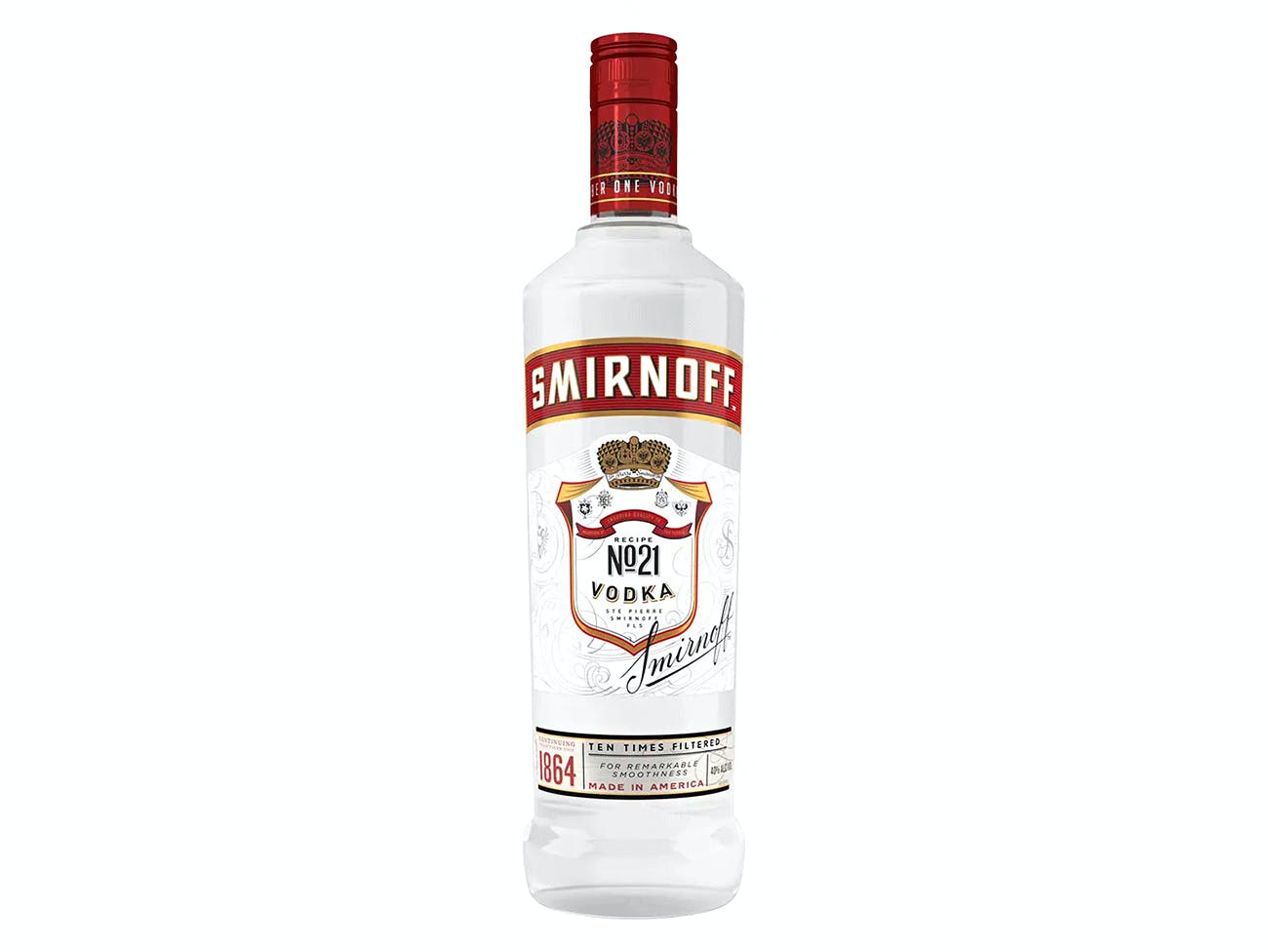 The Spirits Business reports Smirnoff is the #1 best-selling vodka brand in the world. And with such good flavor and a reasonable price point, it’s not hard to see why. Smirnoff has a long history — they’ve been distilling vodka since 1864. Smirnoff No. 21 ($17.49, Drizly) is a good staple unflavored vodka that they triple distill and filter 10 times for a clean, smooth taste. It’s high quality enough to not be considered bottom shelf, but it won’t break the bank at under $20. Plus, they have a good amount of flavors to choose from. 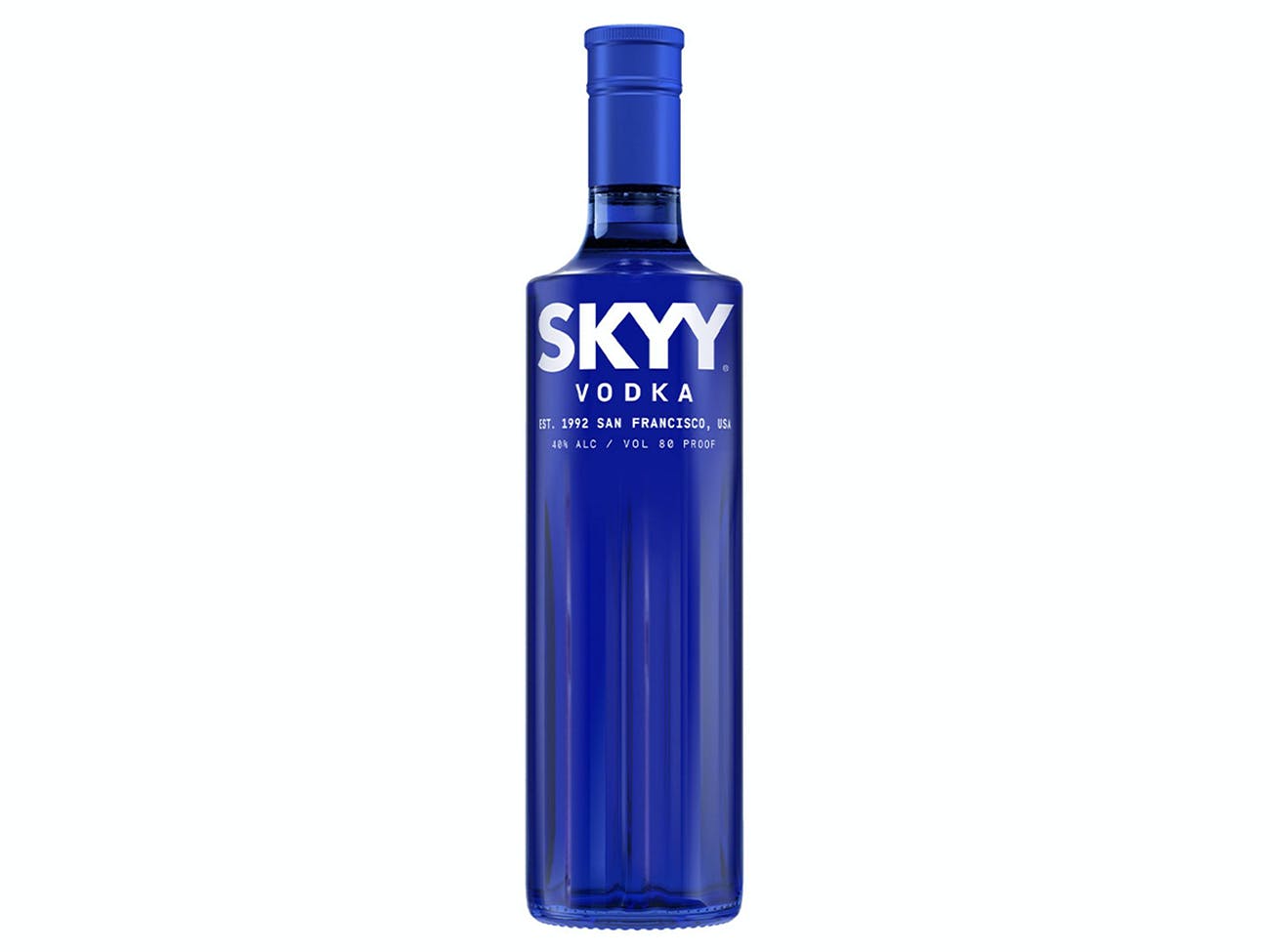 When shopping for cheap vodka, you want to find the sweet spot between good taste and good price. Skyy vodka ($12.99, Target) is our favorite cheap vodka in terms of taste. It has subtle notes of citrus and spice, so it has a crisp flavor on its own. At the same time, you can use it in pretty much any drink you want to make. It’s the first American-made quadruple-distilled, triple-filtered vodka and, at under $15 a bottle, you can’t beat it. 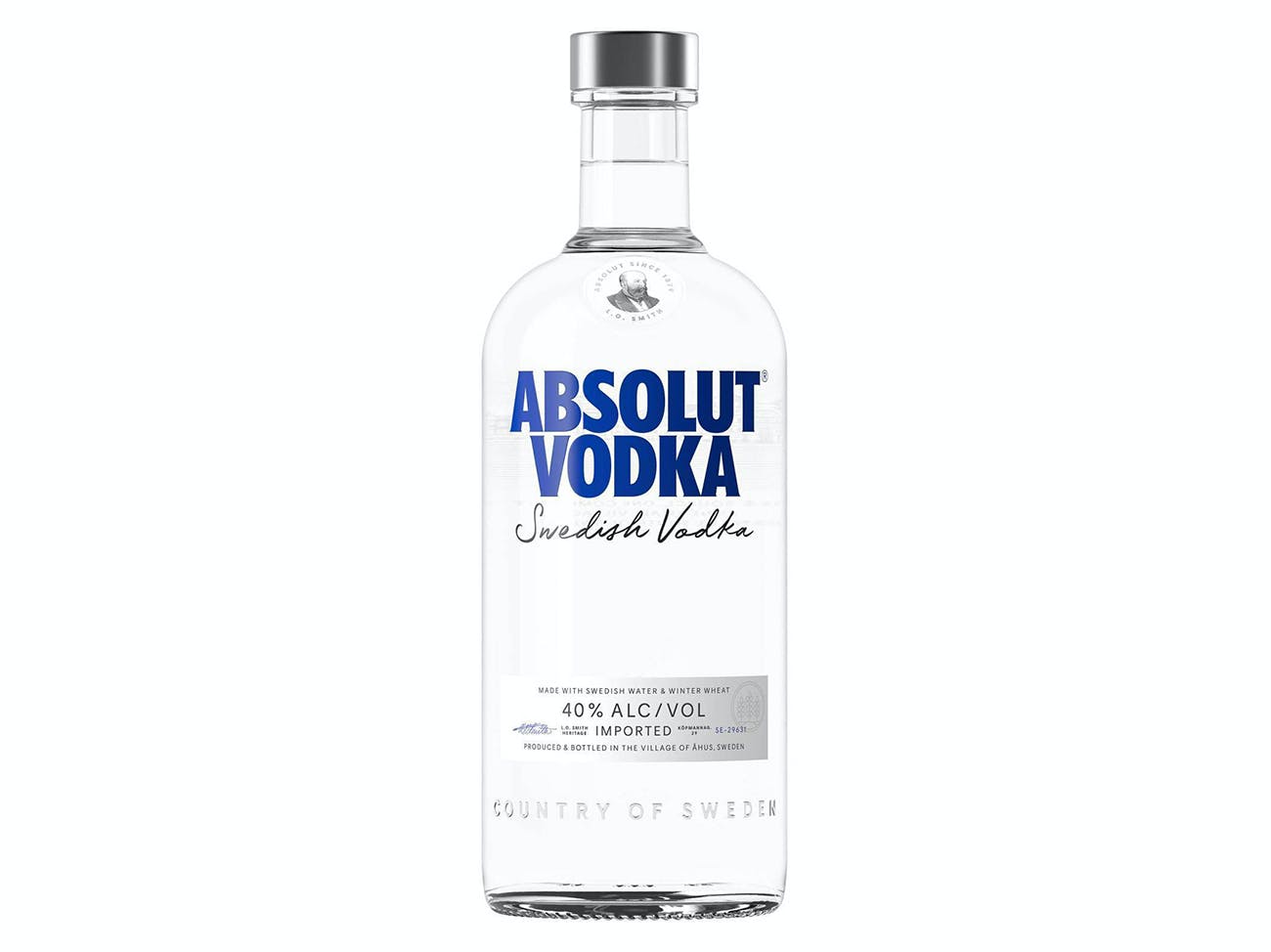 Experts say that vodka is the liquor least likely to give you a hangover, and Absolut ($16.99, Target) is a great example. Absolut is considered a middle-shelf vodka because it’s made with continuous distillation, meaning it has some of the lowest impurities (these are what cause hangovers). That means if you indulge in a Moscow Mule or two with it, you’re less likely to feel horrible the next morning. 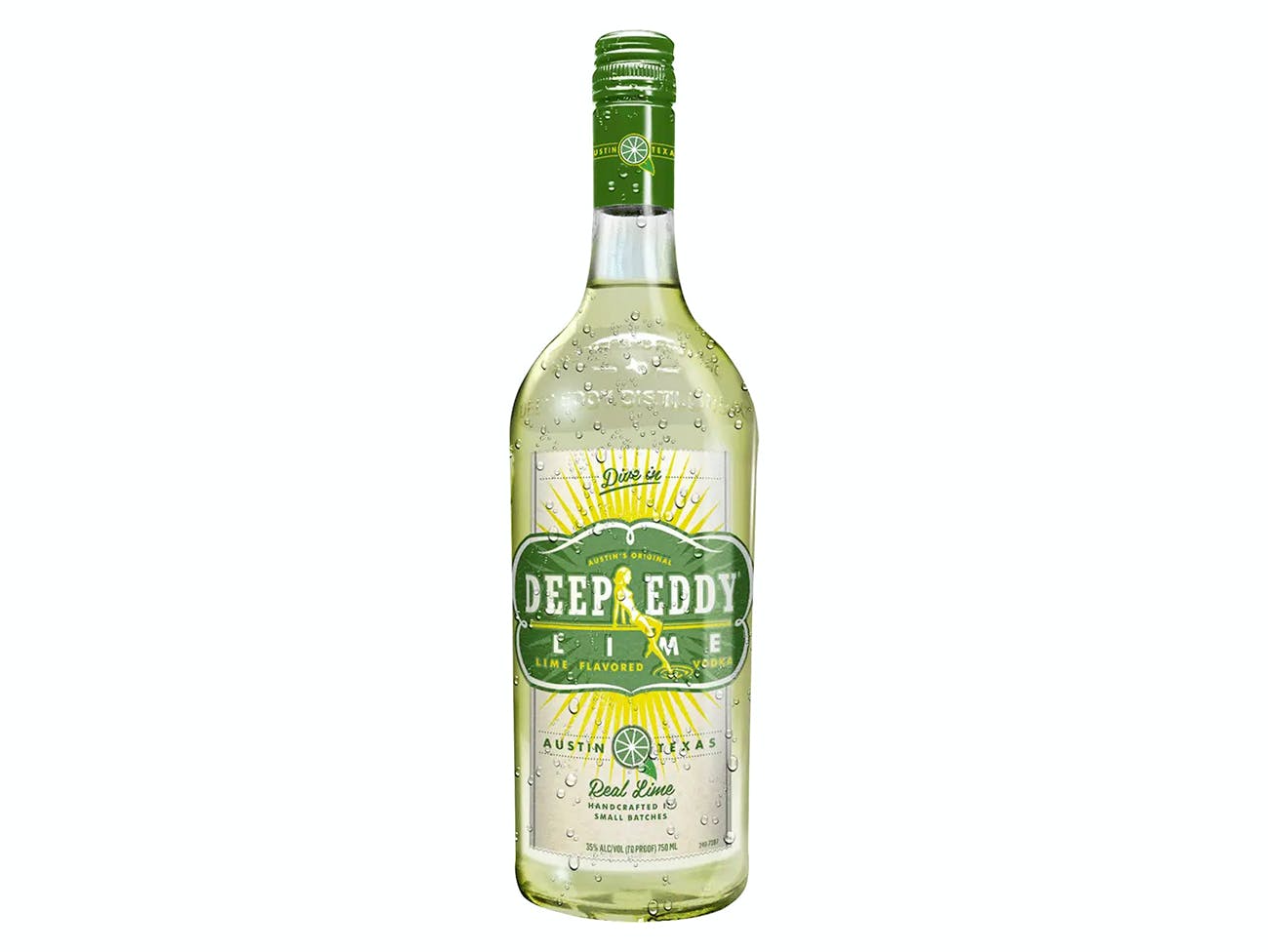 The key to a great flavored vodka is a good, solid base without the harsh aftertaste that gives a lot of cheap vodkas a bad name. If you’re looking for something flavorful without that super alcohol-y finish, try Deep Eddy ($13.99, Total Wine). I think it’s good enough to drink on its own. It comes in flavors like lime, peach, lemonade, ruby red grapefruit, and sweet tea. This is also the best vodka for shots because it’s so tasty you won’t be making that puckered face after the fact. 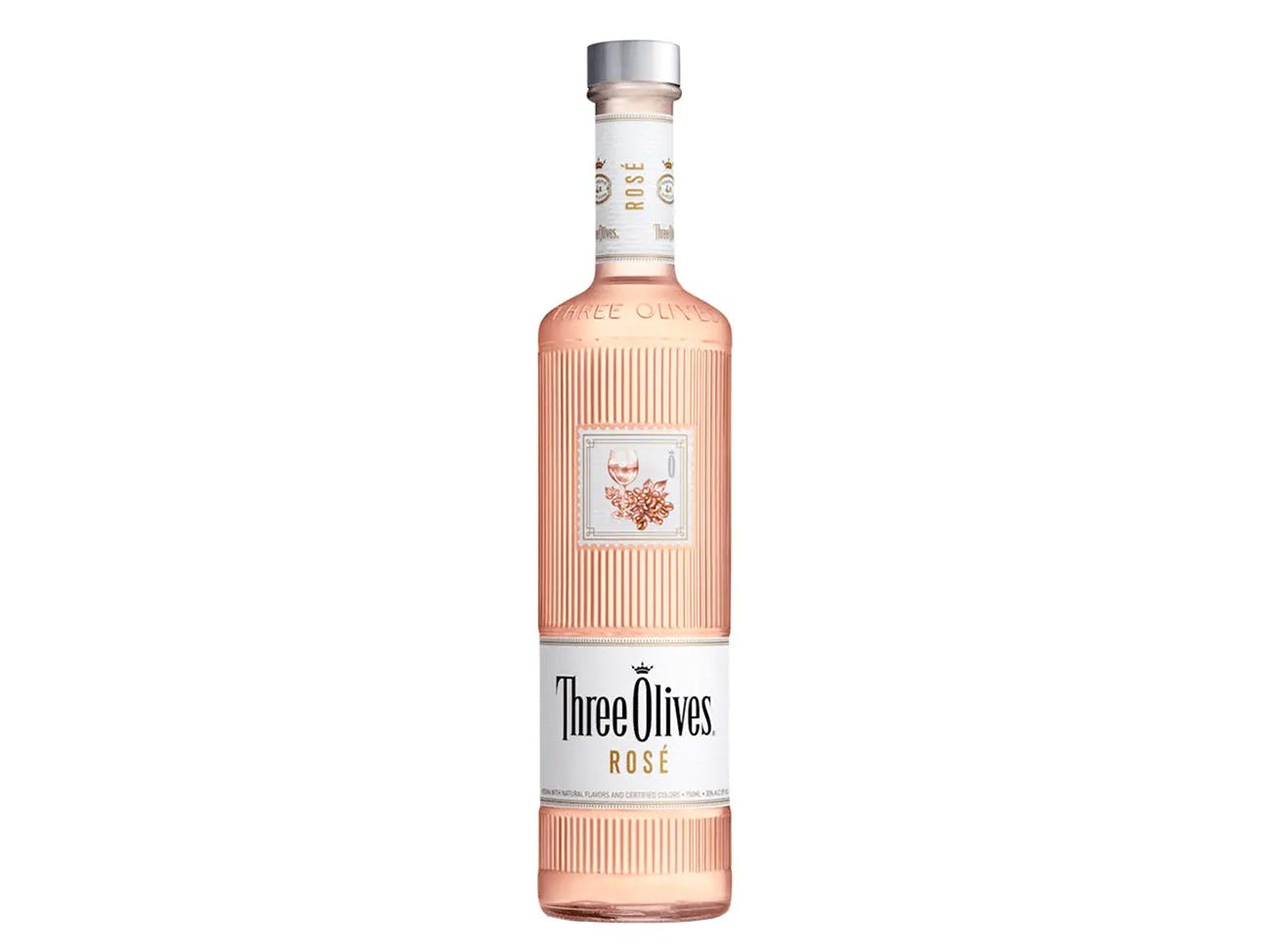 With hints of strawberry, cherry, and pomegranate, the Three Olives Rose Vodka ($17.99, Wine to Ship) is perfect for sipping or mixing. It has more of a refreshing taste. Plus, it has 30% ABV (lower than traditional vodkas) so it’s a little lighter on the senses. It won the gold medal at the New York International Spirits Competition in 2019, making it one of the best cheap vodkas you can buy for under $20. 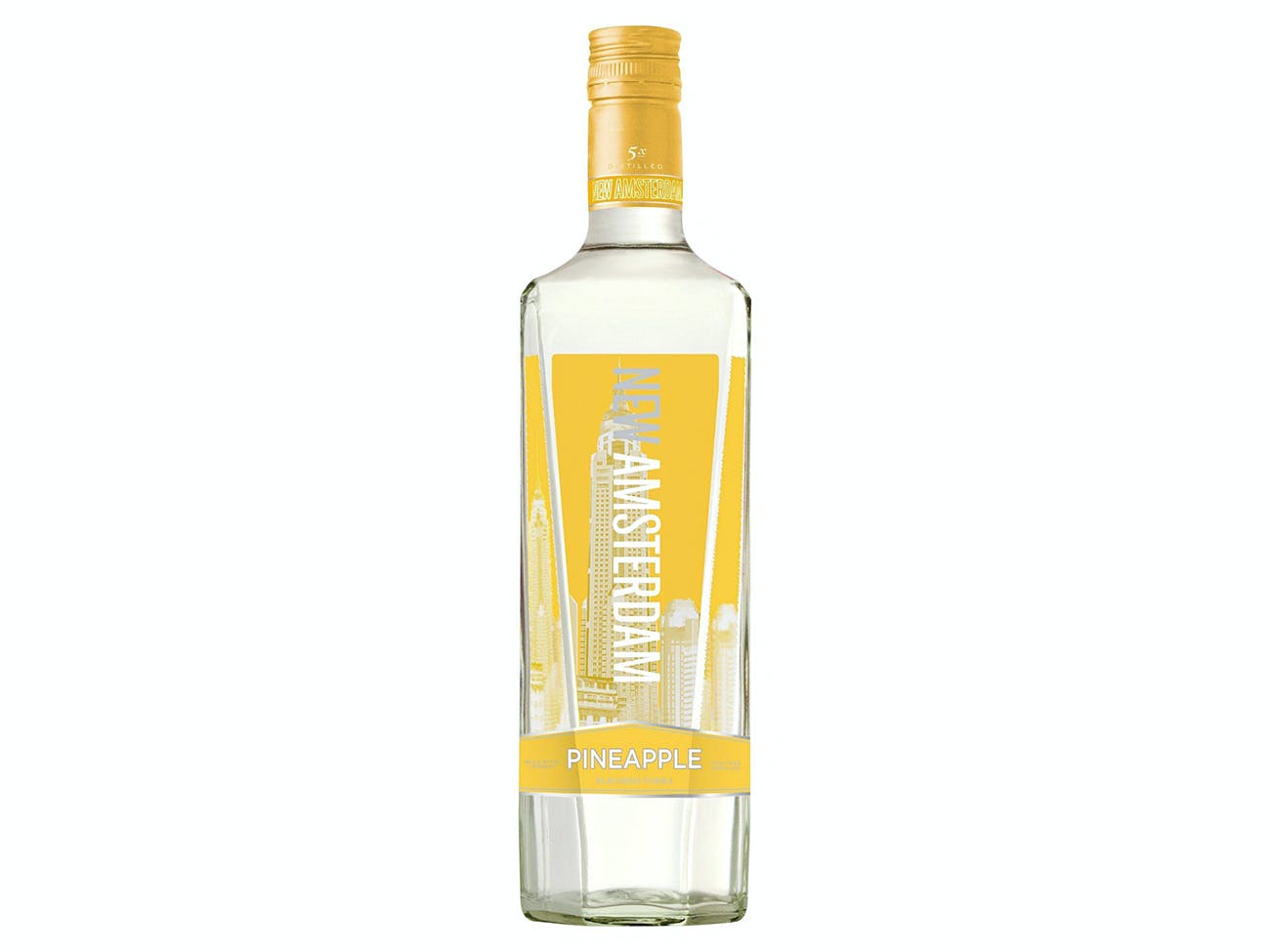 There’s no shame in an extra fruity umbrella drink, and to make one at home you’ll need a good fruit-flavored vodka. We love New Amsterdam ($9.99, Target) because they have a bunch of flavors, like pineapple, peach, and watermelon. Each one is distilled five times and filtered three times, so you get all the flavor without a burning finish. 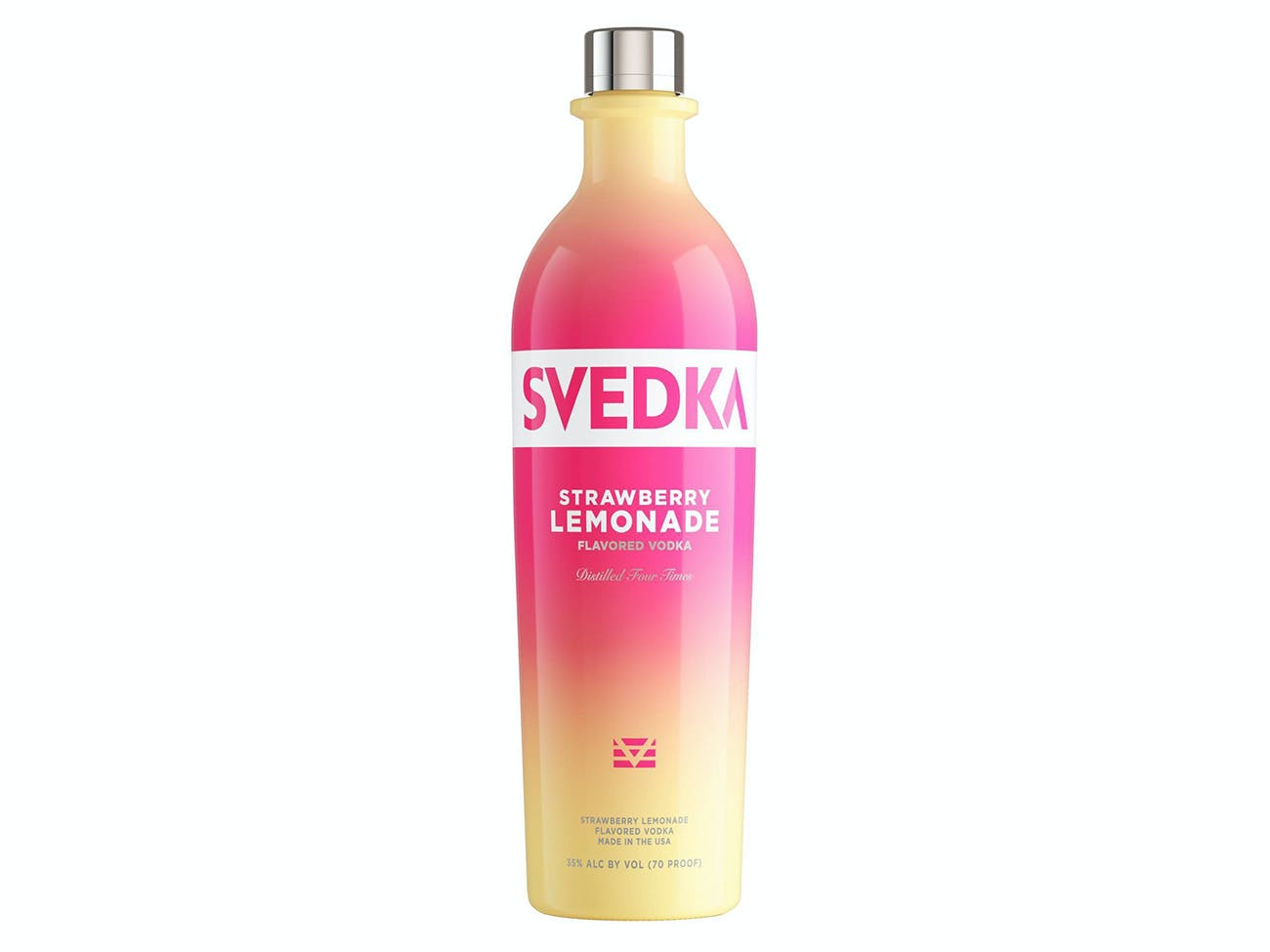 You can make vodka in two ways: from grains (like wheat) or from potatoes. Grain vodkas don’t have as strong of an alcoholic flavor, so they’re good for mixed drinks, cocktails, or shots. We like Svedka ($9.99, Target) because of the flavor options (Strawberry Lemonade is so good) and the cheap price point. Note that grain vodkas contain both gluten and sugar, so it’s best to skip grain vodkas in general if you have dietary restrictions. 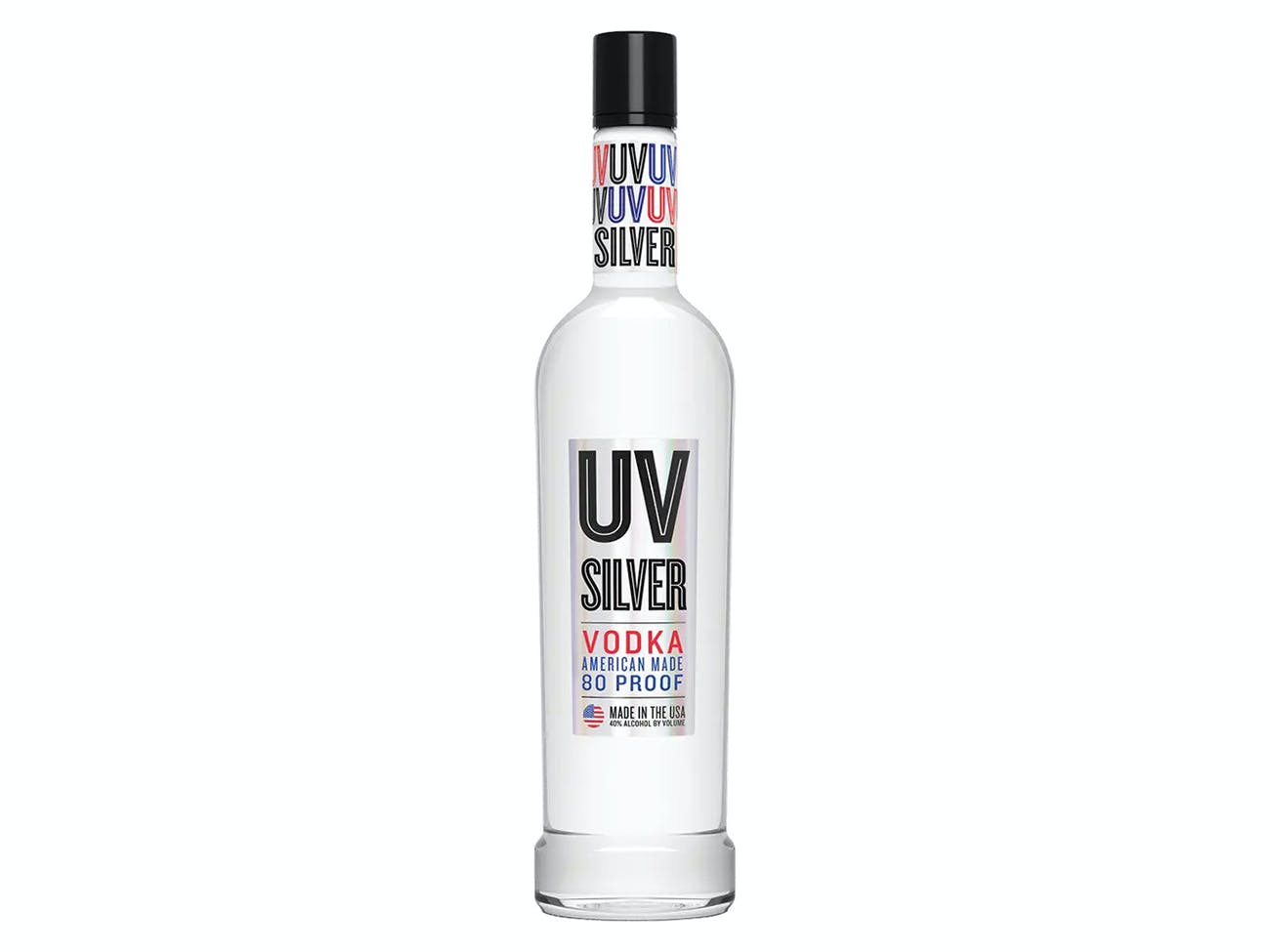 You might associate UV vodka ($13.99, Total Wine) with your college drinking days because of how inexpensive it is. But we think it’s high quality enough to keep buying post-grad. The brand is famous for flavors like blue raspberry and wedding cake, but their plain vodka is surprisingly good for the price point. It’s great for mixed drinks because it’s distilled four times before being filtered with activated carbon. And that means you get a clean taste that doesn’t have a harsh finish. 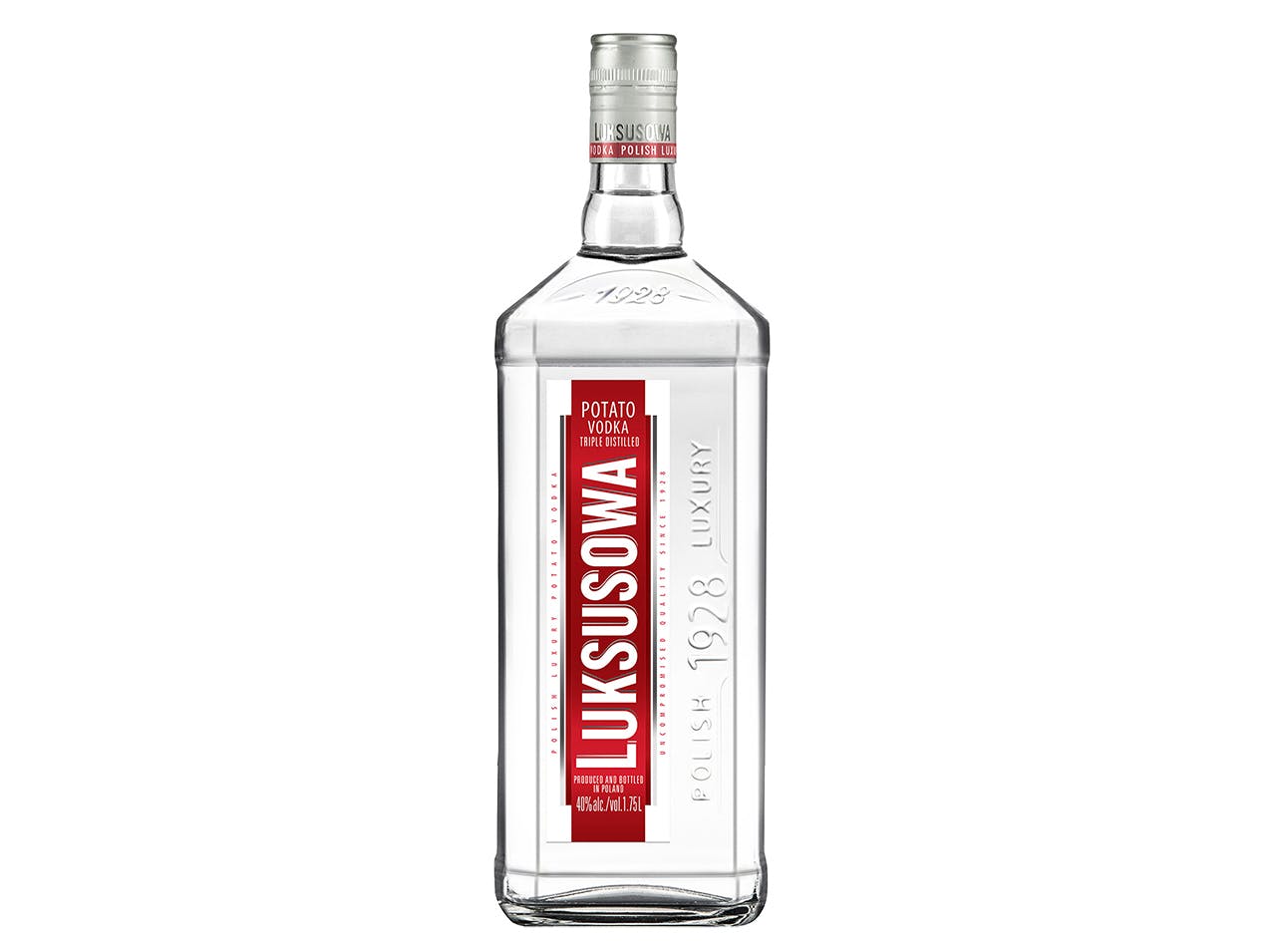 If you want more “vodka flavor,” definitely go for a potato vodka. The Luksusowa Vodka ($16.59, Drizly) is a stronger, heartier spirit that doesn’t taste bottom shelf. It’s Polish-made and known for having good quality at a reasonable price point. The name directly translates to “luxurious” in Polish, so use this to whip up the boujiest mixed drinks at your next cocktail party. Plus, potato vodkas are naturally gluten-free and sugar-free. 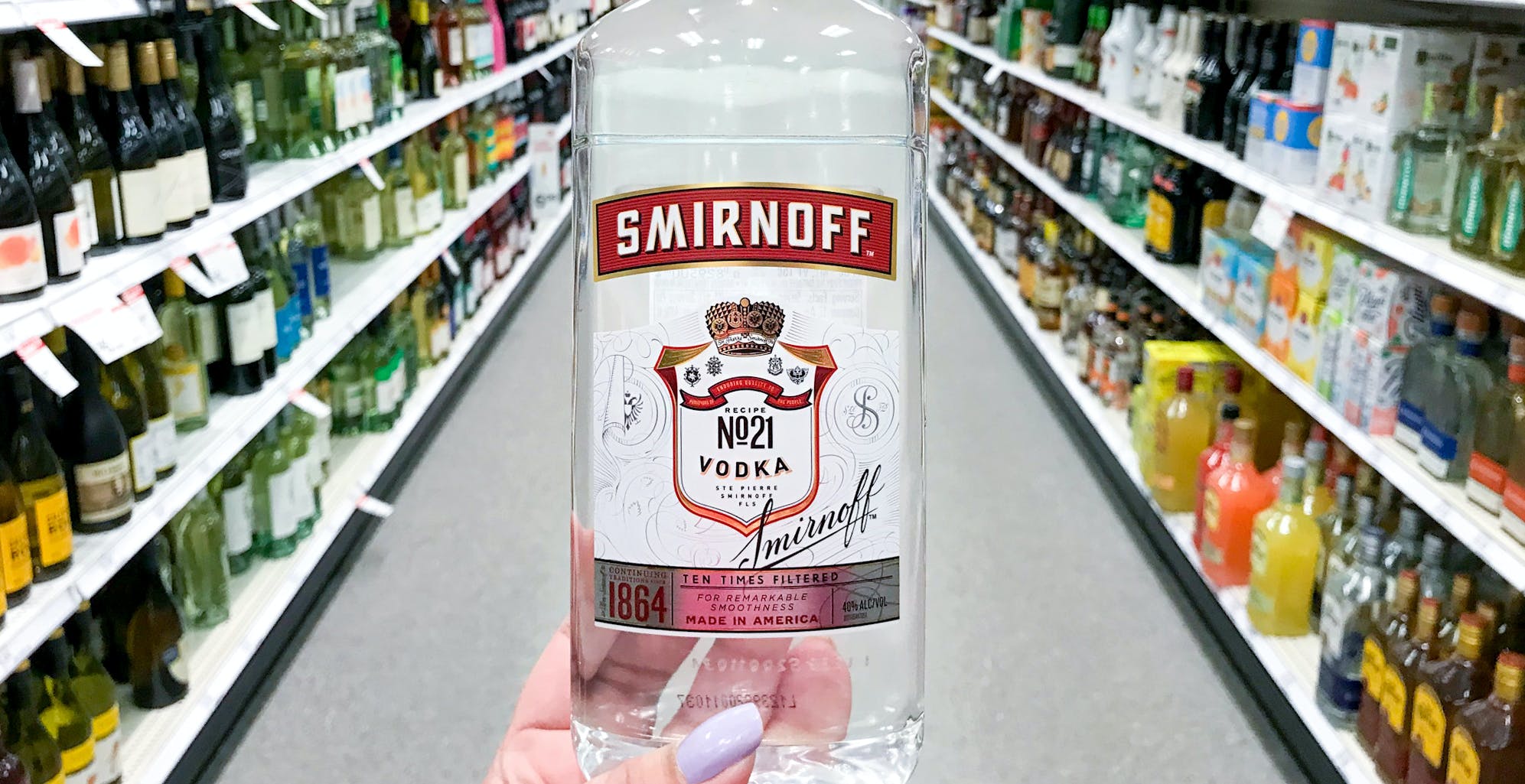 up next
Fast Food Open on Christmas: The Full List of Restaurants
Related articles
Smashburger Might Pay You $20 as Part of a $5.5 Million Settlement
Feast on These Fast-Food Restaurants Open on Thanksgiving
Is Dunkin Open on Christmas Day? Here's Their Holiday Schedule ...