McDonald's Is Sending the McRib on a ...

McDonald’s has been upping their nostalgia game lately with the return of the McDonald’s Halloween Buckets and Adult Happy Meals. But the Golden Arches giveth, and they taketh away because it seems that a McRib Farewell Tour is at hand.

The popular McRib sandwich is coming back for its annual run at the end of October … but this year, it might be the last hurrah. We could be saying goodbye forever to the McRib. When is the McRib coming back? And when could we lose it forever?

When is the McRib coming back? A ‘Farewell Tour’ officially begins Oct. 31. 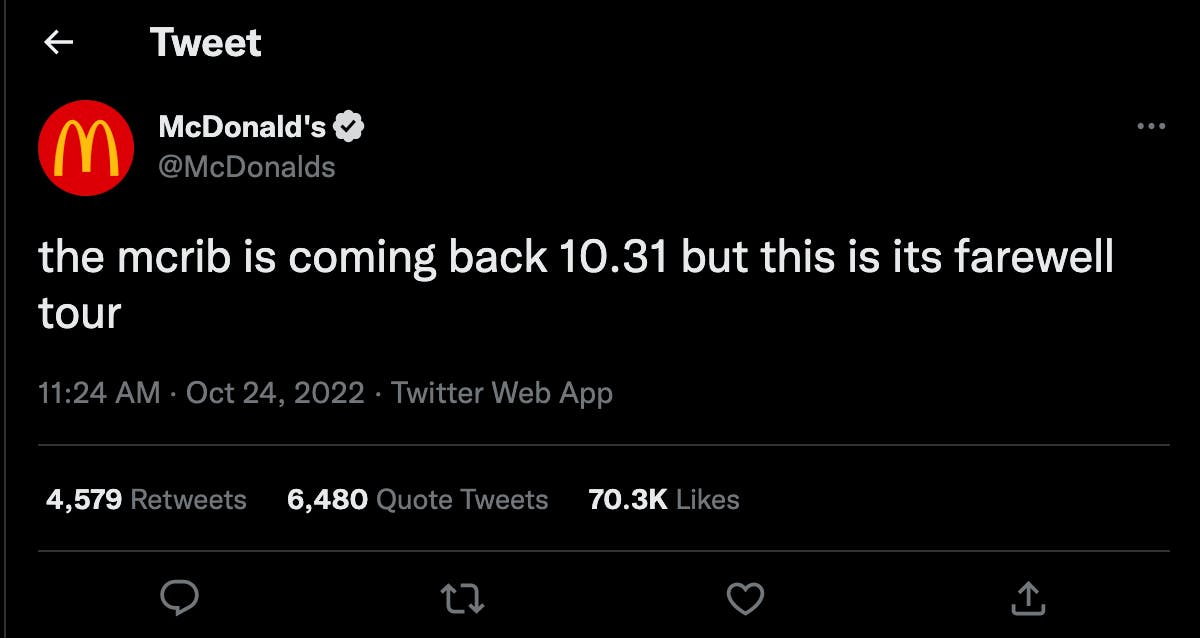 The McRib is making its highly anticipated annual return, but this comeback might be bittersweet. The late October/early November arrival of the BBQ sauce-covered pork sandwich is right on time, but it comes with some bad news.

“the mcrib is coming back 10.31 but this is its farewell tour,” tweeted McDonald’s.

Check your local McDonald’s — the McRib farewell tour may have started early.

A recent tweet by McDonald’s of Nashville revealed that the McRib farewell tour may have a rolling start. And may have already started.

In a response to McRib Locator, the tweet said that McDonald’s of Nashville plans to start selling the McRib on Oct. 26, and that “restaurants may opt to sell prior if desired.” So with a limited-time farewell tour, you might check in with your neighborhood McDonald’s to find out when their McRib will be available.

McRib will be on sale until Nov. 20 — try this McDonald’s menu hack while we still have it. 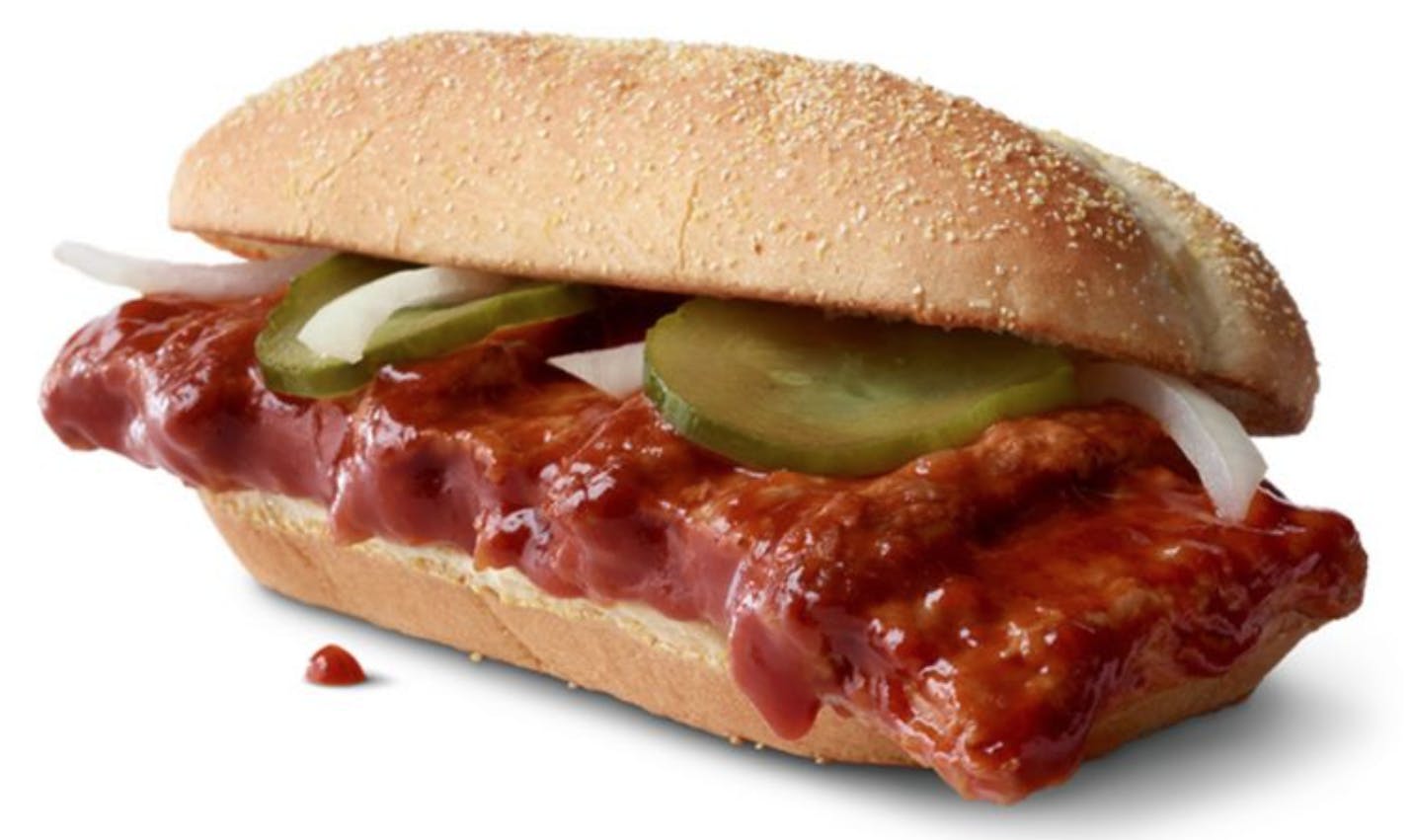 Regardless of when McDonald’s starts selling the McRib, it’ll only be available until Nov. 20, 2022. Plan accordingly.

This will probably be the last time we’ll be able to make some of the McRib-based McDonald’s secret menu hacks out there that can amp-up the tangy BBQ pork sandwich.

Adding a few extras might make your sandwich pricier, but since this might be the last time we get our hands on a McRib, YOLO. Here’s a McDonald’s menu hack to amplify your McRib:

This hack doubles the meat and adds cheese and other ingredients. It’ll cost you $9.38. Here’s how you do it.

Once the McRib is gone for good, you’ll want to try these alternatives. 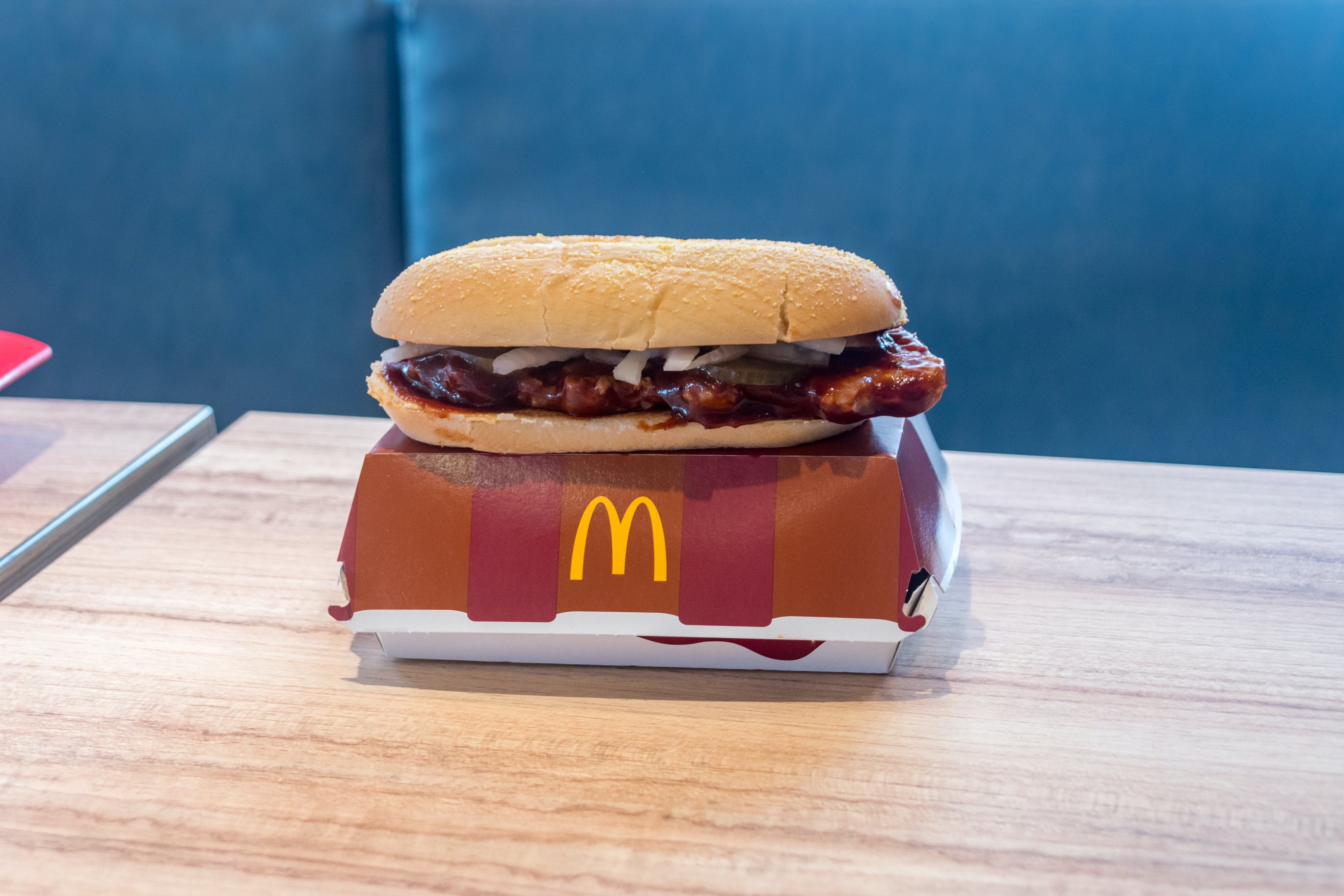 If this is the last of the McRib, you’ll want to try out this McDonald’s menu hack to recreate something similar. It costs $1.90 more than the McRib, but if you’re missing the taste, it might be worth it.

You can also make your own McRib at home if you don’t feel like heading to McDonald’s. Here’s what you’ll need:

How to make it:

up next
McDonald's Is Testing Krispy Kreme Doughnuts on Their Menu — Here's Where
Related articles
McDonald's Halloween Buckets Have Returned — Get 'Em While They Last! 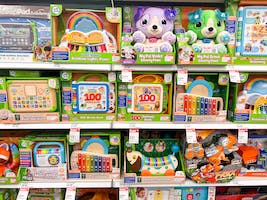 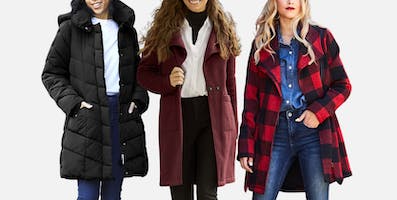 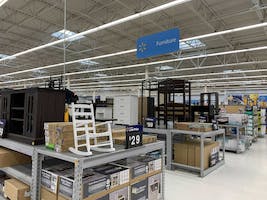 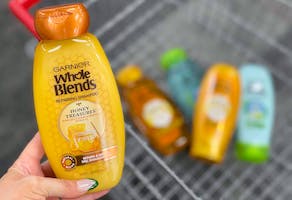 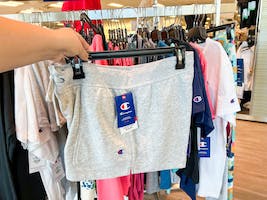 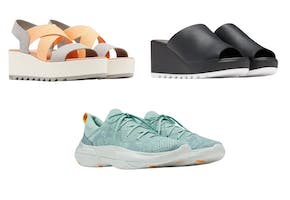 Sorel Shoes, Starting at $34 at Zulily 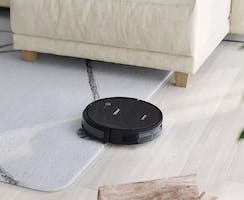 Kohl'sOnline Deals
an hour ago 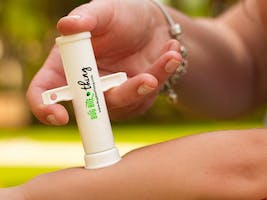 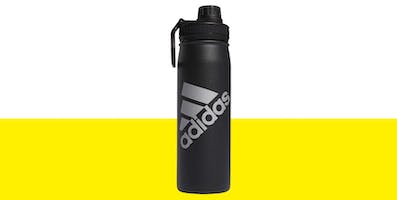