Which Store Has the Best Price for Ez...

Food For Life’s Ezekiel Bread has a serious fan following, and these fans are all wondering which store has it for the best price.

The bread is made of organic, sprouted grain with no added sugar, so it’s a popular choice for people wanting to eat more unprocessed foods. Although it’s not gluten free, it is much healthier and has better nutrition stats than most store-bought breads. It’s so fresh it has to be kept in the refrigerated section.

(The bread’s full name — Ezekiel 4:9 — is a reference to a Bible passage that spells out its ingredients.)

Just because you can’t find Wonder Bread prices on this product doesn’t mean there aren’t deals to be had.

Read on to get a sense for how much Ezekiel Bread costs at your favorite stores: 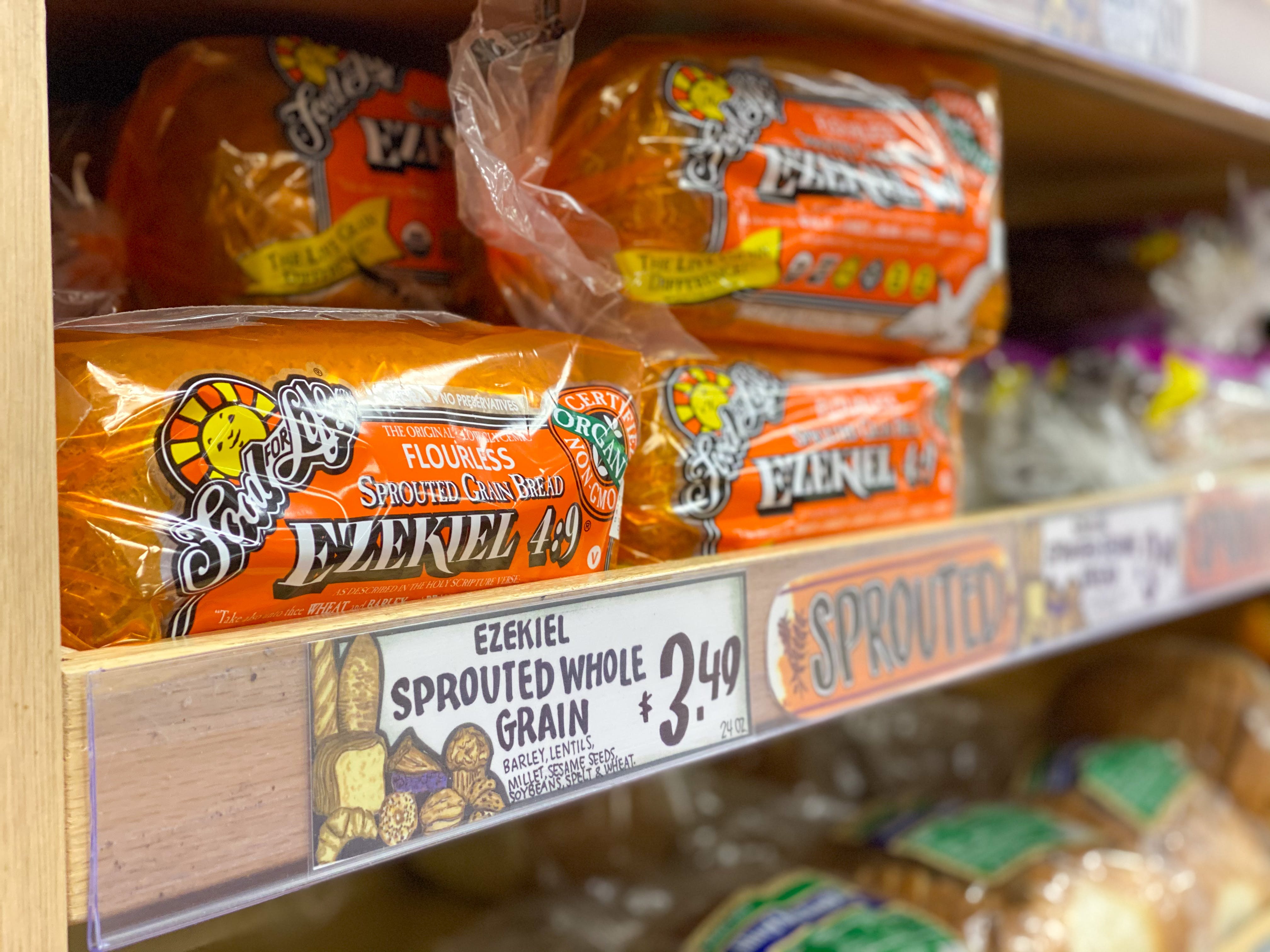 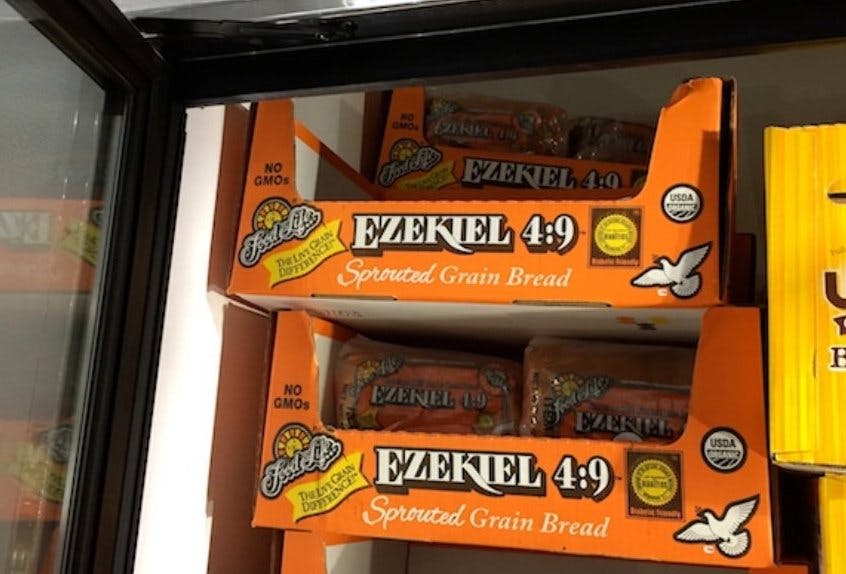 My home Costco doesn’t carry Ezekiel Bread, but many locations do, and they offer TWO loaves bundled together for $7.49 — which gives them the price-per-ounce edge over everybody else.

Call your local Costco to make sure they carry Ezekiel Bread before you head out.

Whole Foods carries Ezekiel Bread for as low as $0.20/oz. Not the best price, not the worst price. 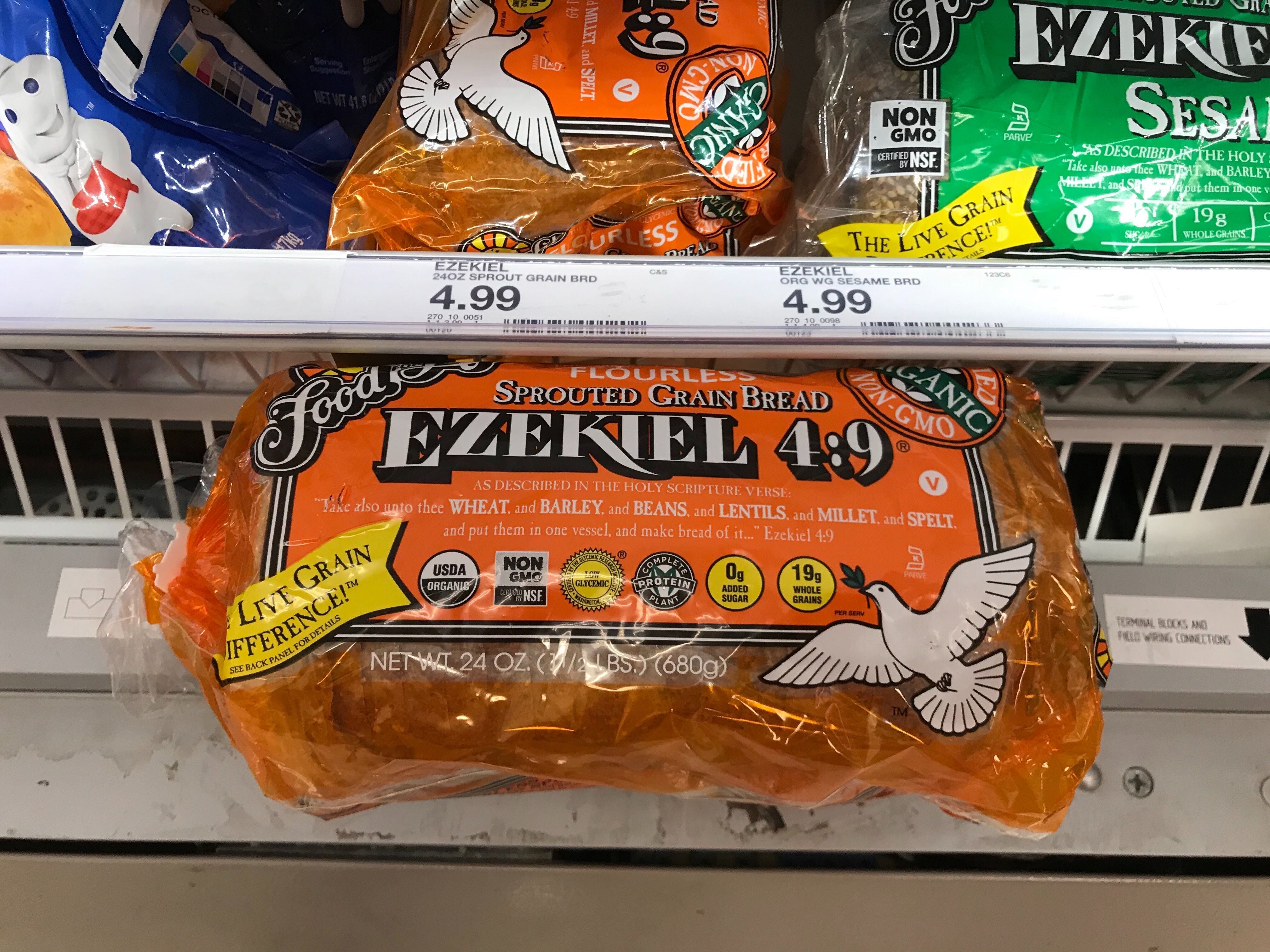 But it’s actually a smidge cheaper than Kroger if you use RedCard to get 5% off. 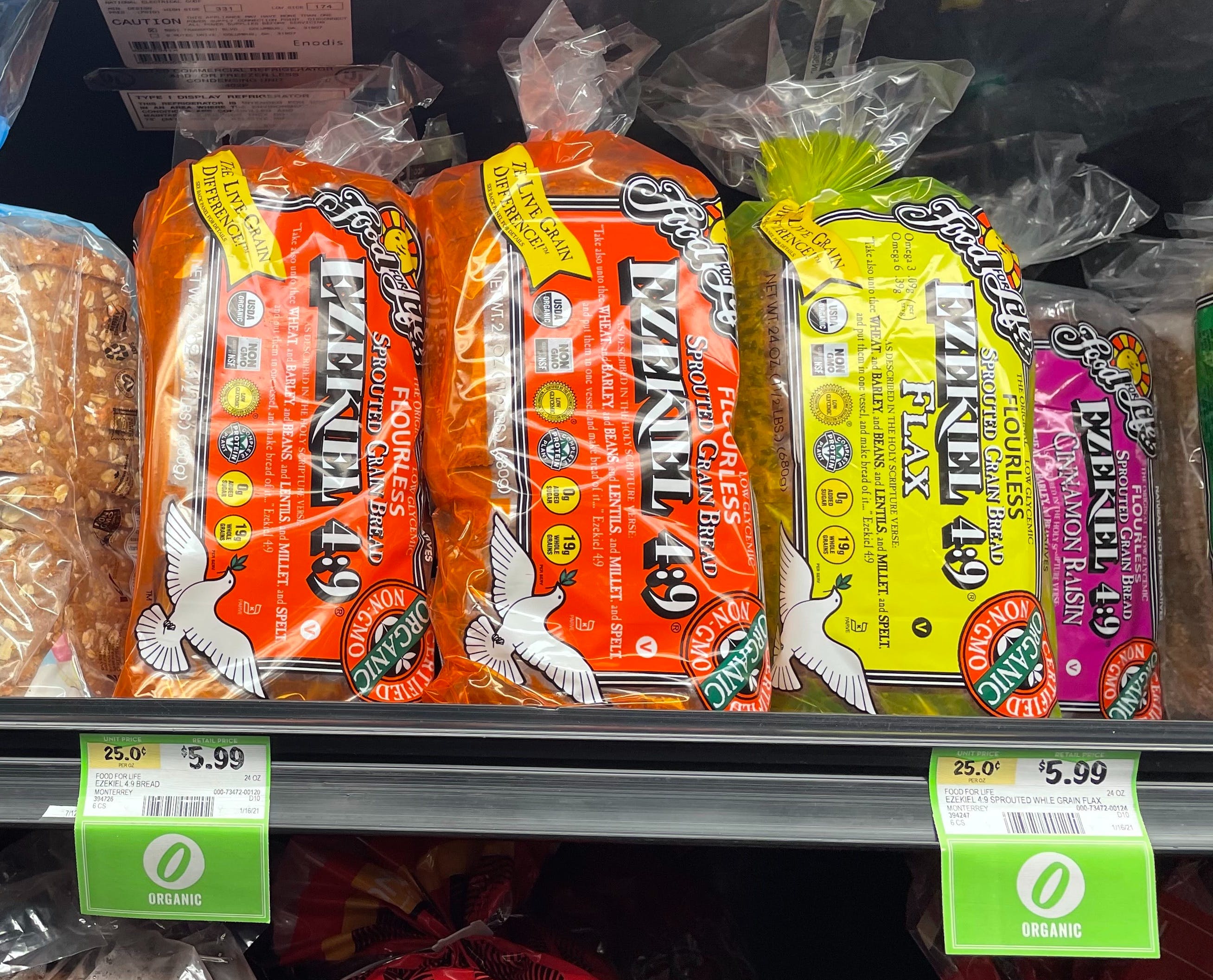 Sprouts has more than 300 stores in 23 states, but their $5.99 per loaf Ezekiel Bread price is among the highest per ounce. 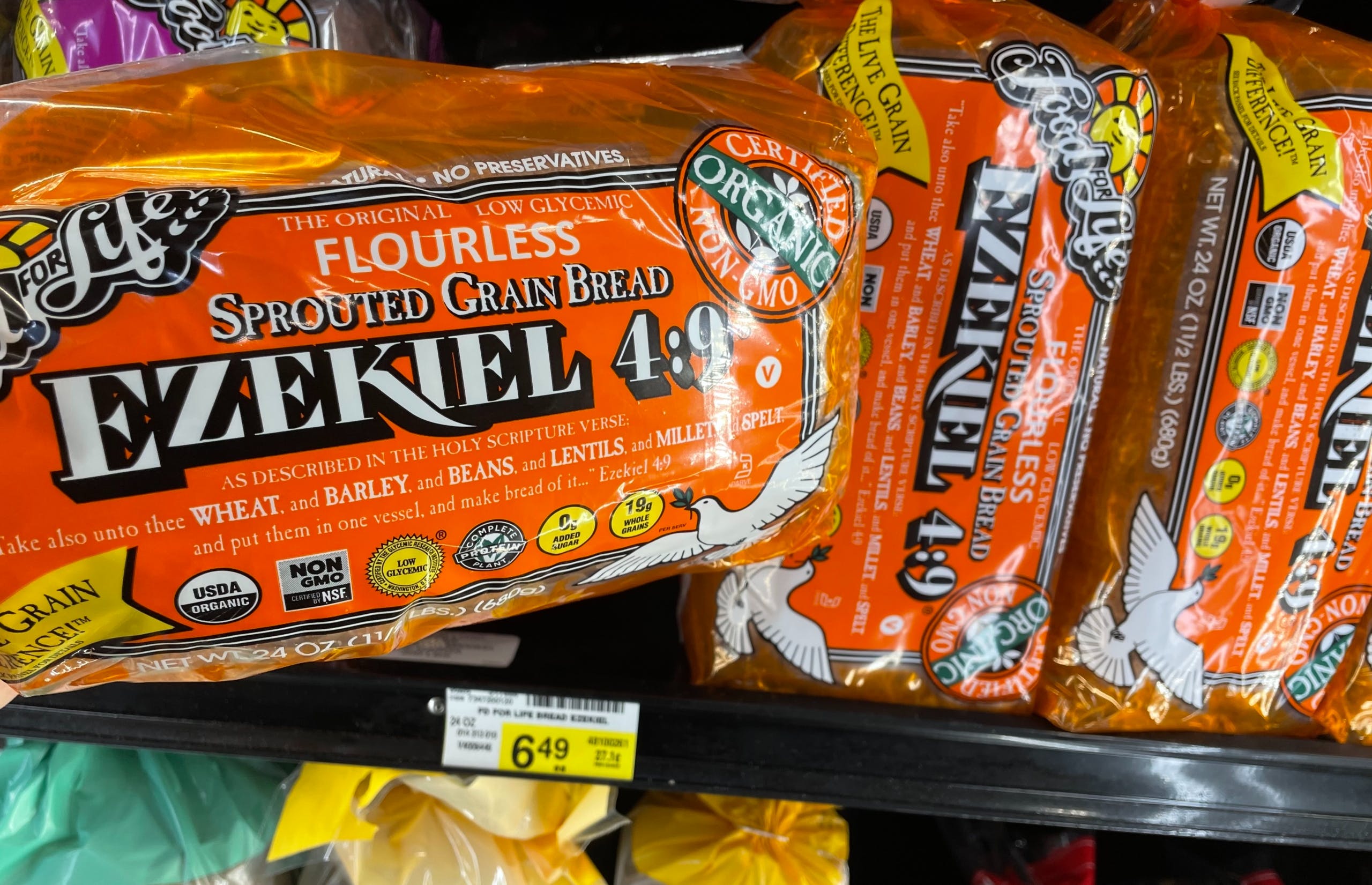 UP NEXT: Best Place to Buy LaCroix Flavors (Hint: It’s Not Costco) 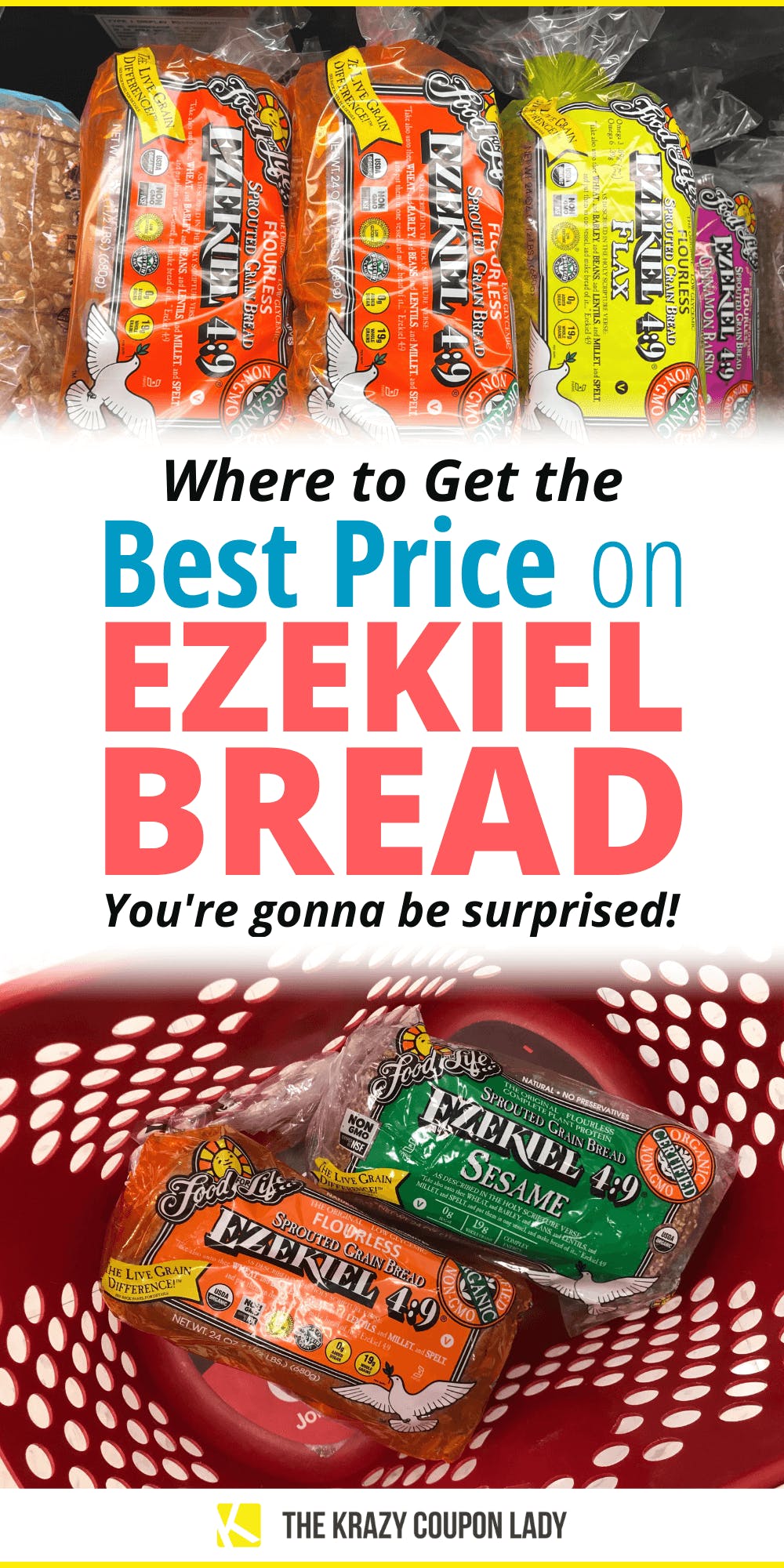