Is the Oculus Quest 2 Really Worth It?

To get into the Metaverse, you’ve gotta have a virtual reality device. And for several years now, the Meta Quest 2 (formerly known as the Oculus Quest 2) has been one of the most popular VR headsets out there. But you’re probably wondering: is the Oculus Quest 2 worth it now?

Meta — the people behind Facebook — bought Oculus in 2014 and have since made the technology brand a key part of their plans for an interactive virtual-reality-driven internet. But they aren’t the only game in town. We’ll tell you all about the Oculus Quest 2 and compare the gaming system to a bunch of other popular headsets out there so you can make an educated gift decision.

What is the Oculus Quest 2? 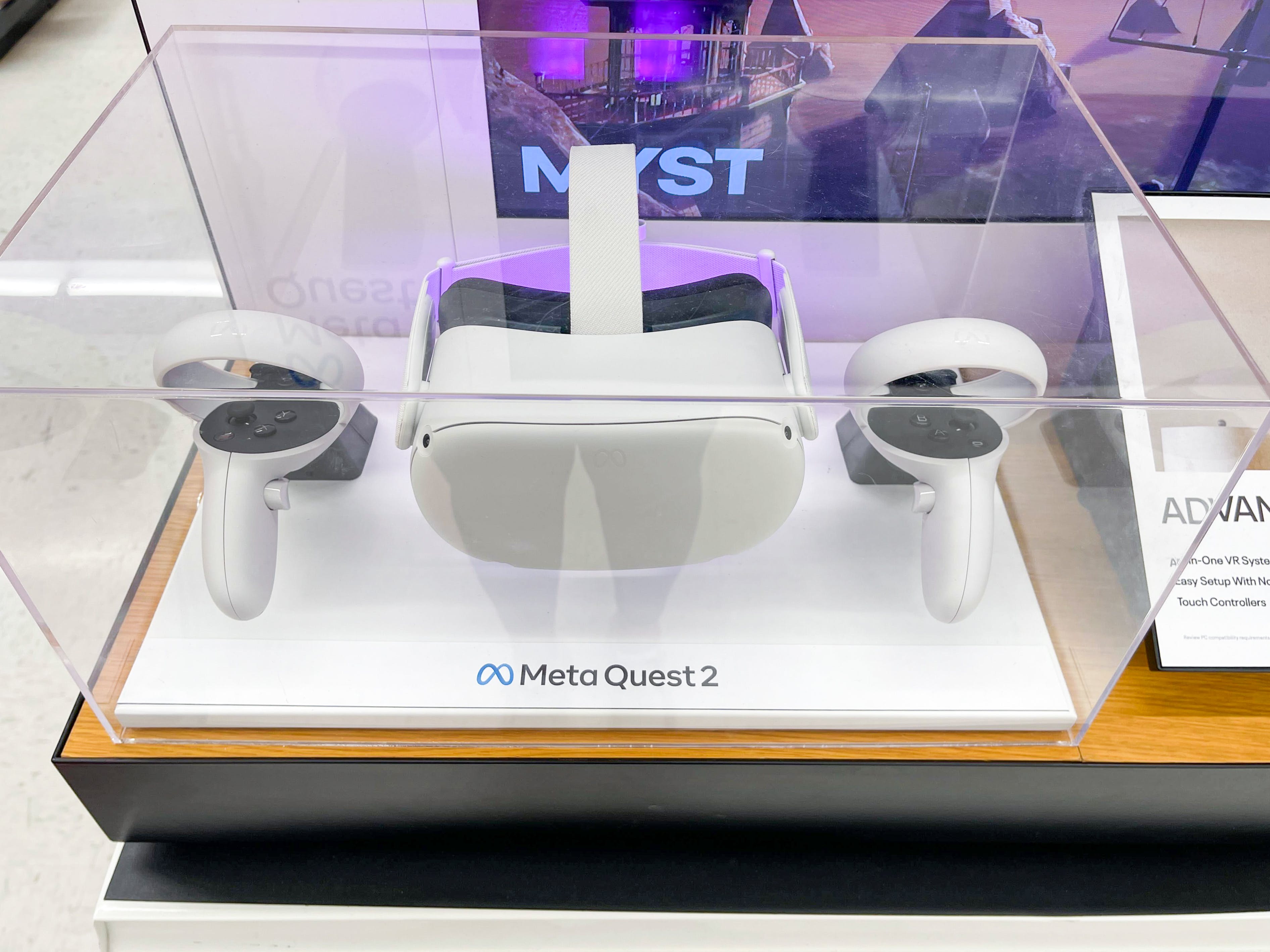 The Meta Quest 2 is the latest version of Meta Platform’s popular virtual reality headset, following the 2016 Oculus Rift and the 2019 Oculus Quest.

The Quest is a self-contained VR gaming system that — unlike other headsets — doesn’t require a connection to a computer to function (although you can connect to a computer for some games/functions).

Each Oculus Quest comes with the headset and headband, charging equipment, and two wireless controllers — one for each hand. Gamers connect the Quest to the internet to set up their accounts, download games, and connect with other users.

How much does the Oculus Quest 2 cost? 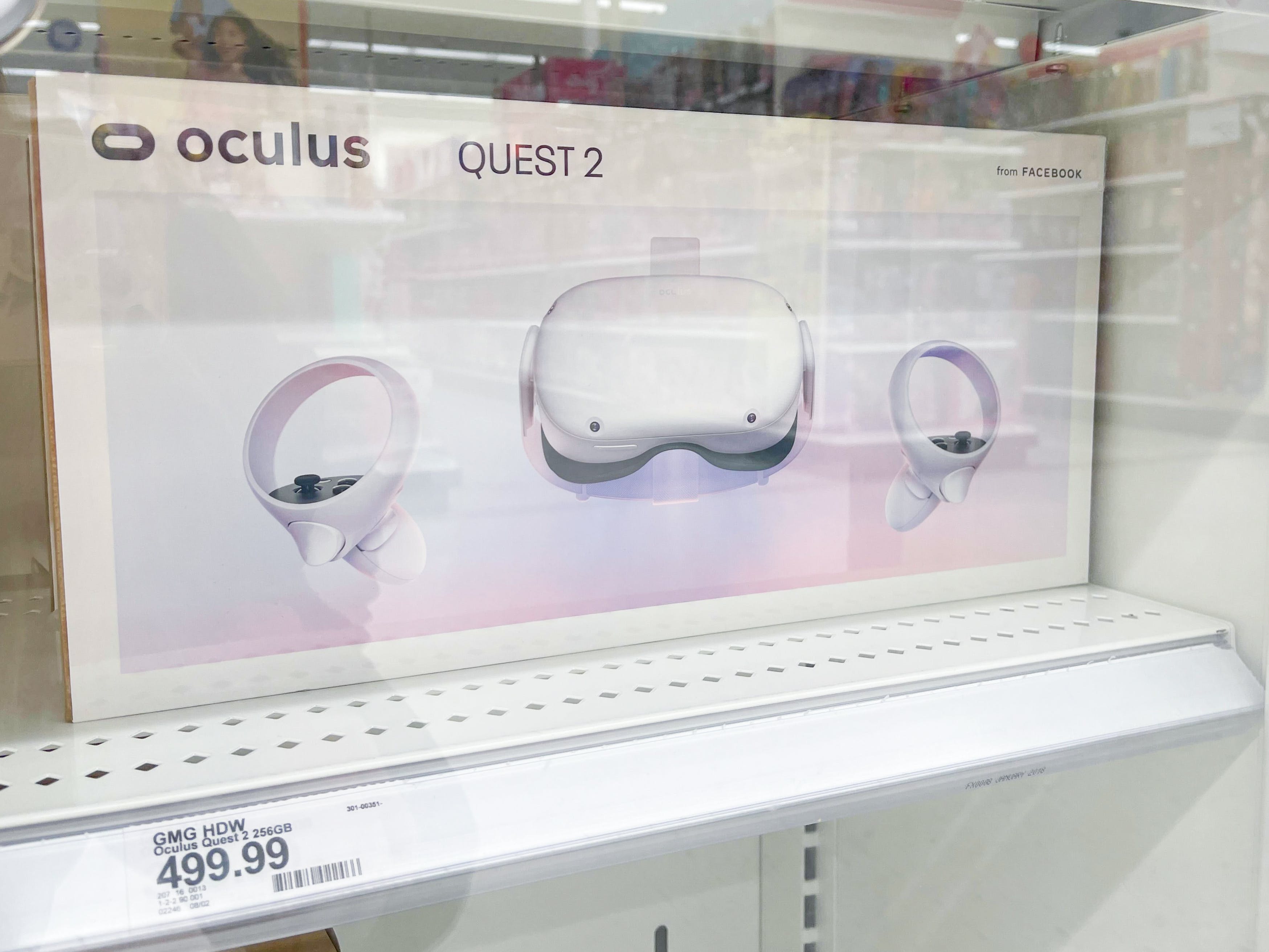 Third-party sellers aren’t really worth your time. We found a third-party seller on Walmart charging $395 for a 64 GB — almost the same price as the 128 GB. When shopping for your Quest, check the specifications so you don’t get screwed out of storage.

Does the Oculus Quest 2 come with games? 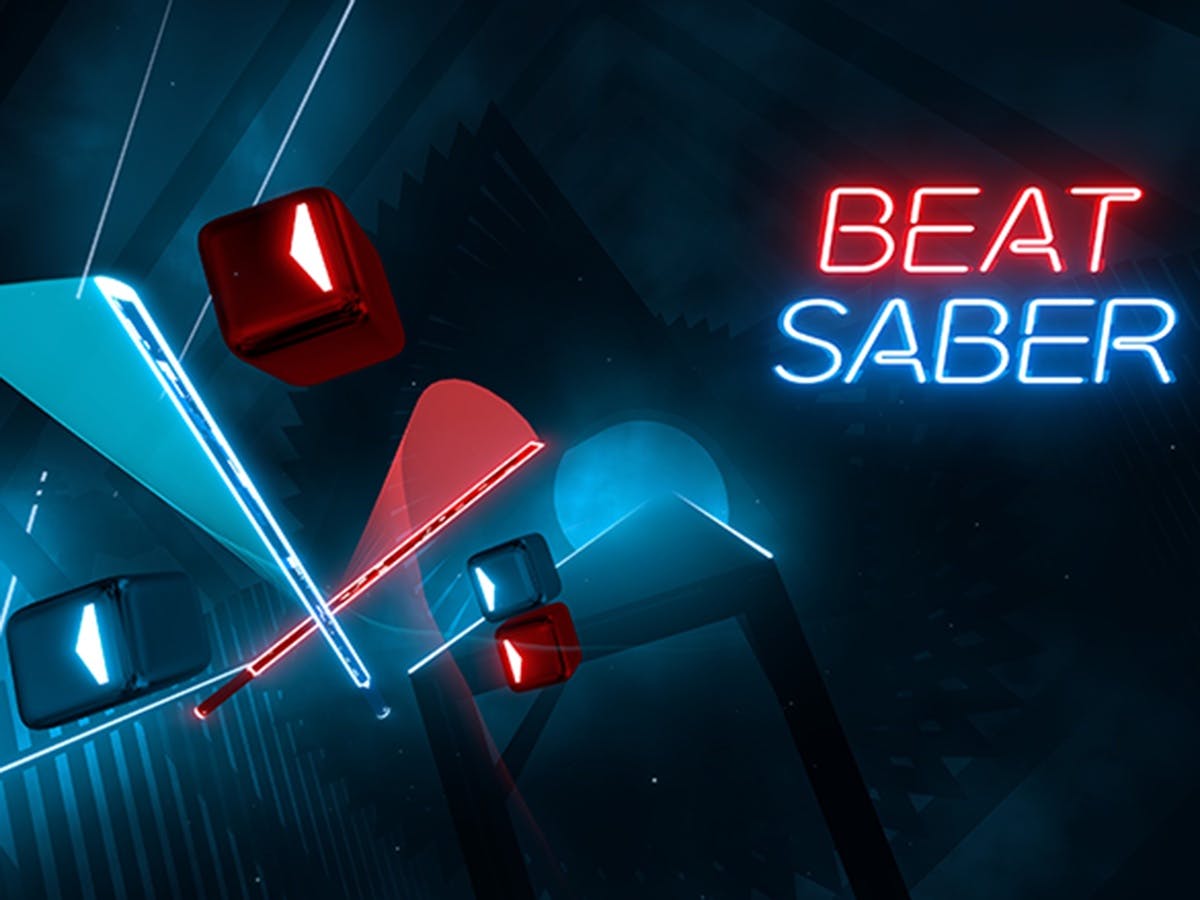 Yes … for now. If you buy your Meta Quest 2 from the Oculus store, it comes with a full version of Beat Saber. This promotion ends Dec. 31, 2022, so get it while you can.

But once that promo ends, you can play demo versions of a few titles available on the Quest. That means you won’t get the full games, but you’ll get a taste of what to expect before spending money on the full versions.

Here are the preinstalled demo games you can play straight out of the box:

Do you need a computer for the Oculus Quest 2?

No, you don’t need a PC to play your Meta Quest 2. Most VR devices need a computer or smartphone, but the Quest operates independently.

But if you want to hook up the Quest to your computer, you can use a USB cord or Wi-Fi. The upside to connecting to a PC is that the graphics are higher quality than if you use the headset alone. You’ll have to decide if adding a PC to the Oculus Quest 2 is worth it.

Can you watch movies on the Oculus Quest 2?

Yep, you can watch movies with your VR headset. But don’t expect to be on the boat with Leonardo DiCaprio in The Titanic. You aren’t actually part of some immersive movie experience when you use the Quest; you’re watching it on a virtual movie theater screen inside of a cabin. Best of all, though, you can watch with other people at the same time.

The Oculus Quest 2 lets you watch movies and TV shows via Netflix, Prime Video, and YouTube directly from the Oculus store.

If you want to stream from Hulu, Peacock, Disney Plus, Discovery Plus, or any free streaming app, you’ll have to use the built-in Oculus web browser. Type in the URL to the site you want to visit, sign in, and stream from the browser. You won’t get the virtual cabin or watch party experience, but you’ll at least get to watch.

How long does the Oculus Quest 2 take to charge? 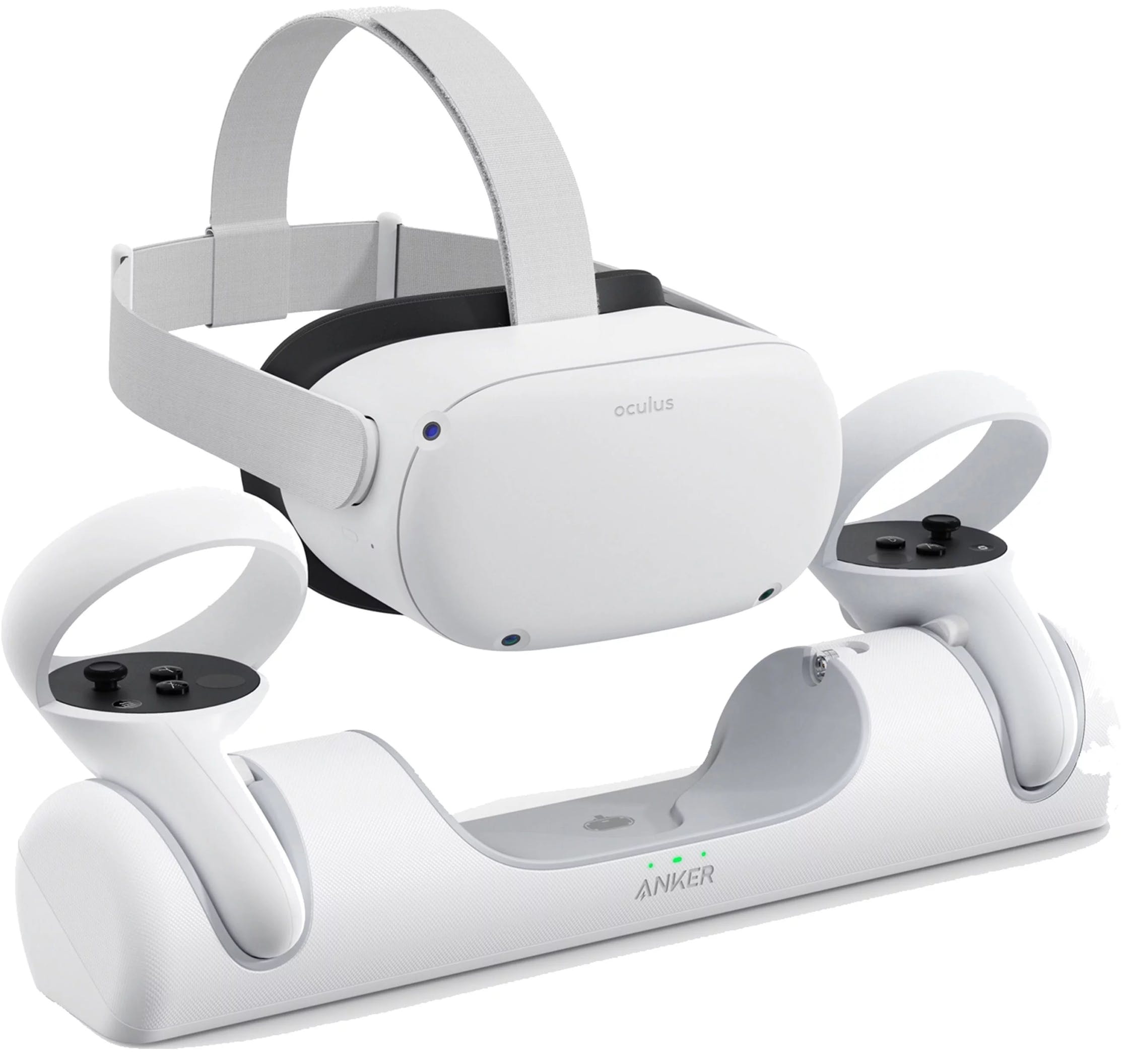 From completely dead to full juice, it’ll take 2.5 hours for your Meta Quest 2 to charge. When fully charged, you can squeeze two hours of gameplay out of the Meta Quest 2. If you’re doing something a little less processor-heavy — like watching a movie — you’ll get closer to three hours.

The headset comes with a USB-C cord, but you can buy a nifty charging dock that holds your Meta Quest 2 and controllers while it charges. You can find generic ones on Amazon or Walmart.com for under $50, so you don’t need to spend a ton.

What should you look for when shopping for a VR headset? 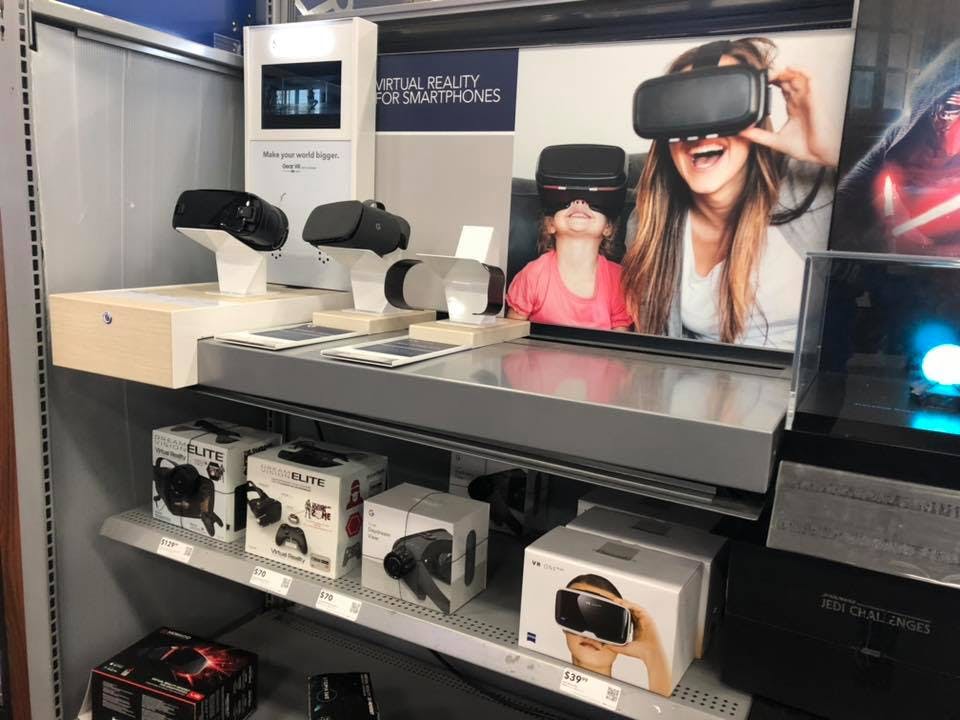 If you’ve decided the Oculus Quest 2 is not worth it and you’re aimlessly scrolling through VR headsets, we can help.

Here are four things to consider when VR headset shopping :

1. What resolution should I look for?

2. Should I get wired or wireless?

You probably don’t want to get tangled in a bunch of wires playing your game, so wireless is the safest choice — especially if you’re in a smaller living space. The upside of wired gaming is that the direct wiring means faster loading and better graphics. Wired headsets are typically more expensive than wireless.

A platform is the device or software you need to play your VR games with a headset. And your platform impacts the things you can do with your VR headset, but also it affects your out-of-pocket cost for these systems.

Here’s a quick overview of your options:

The Oculus Quest 2 is a stand-alone VR headset that has all of the software and functionality built into the equipment.

4. How much storage should I look for?

Is the Oculus Quest worth it compared to other VR headsets? 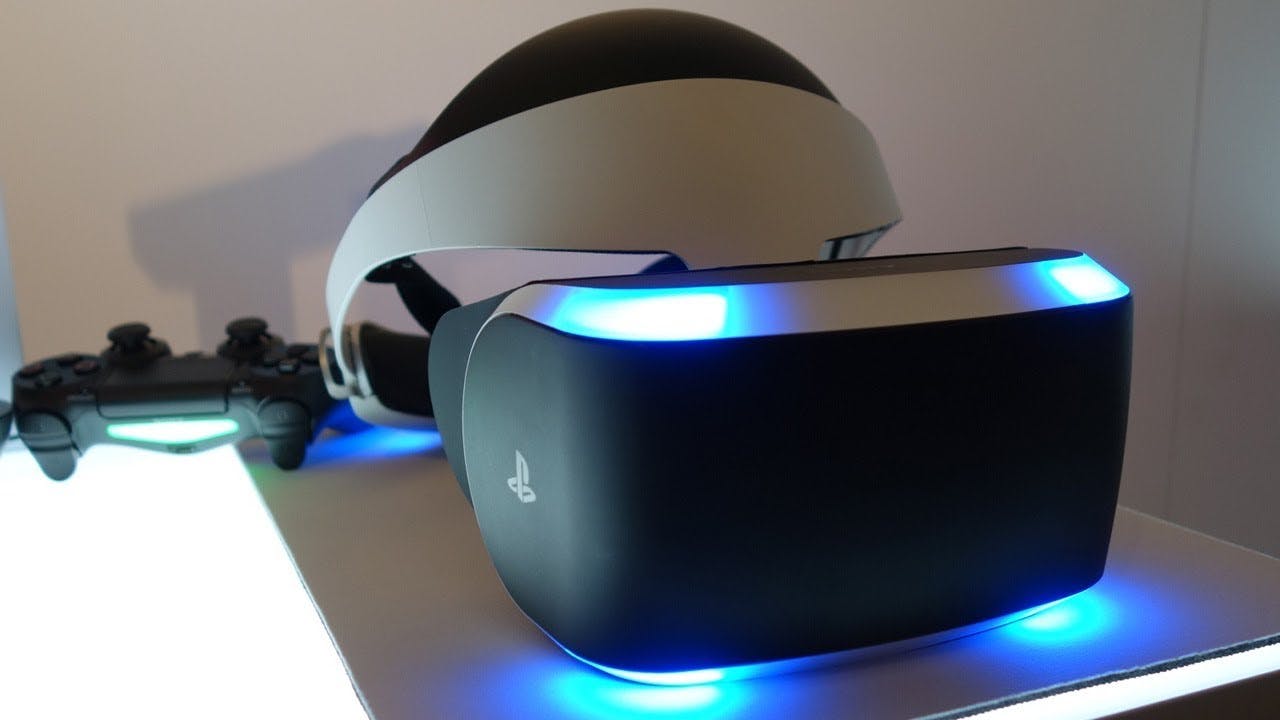 Sure, the Oculus Quest is popular, but how does it stack up against the competition? Are you getting the best bang for your buck?

We compare the specs and prices of the cheapest models of the Meta Quest 2 and four other leading virtual reality headsets to see if it’s really worth it:

The Meta Quest 2 is priced lower than a lot of the competition, and with high marks for storage, resolution, and platform convenience, it’s a good value in the VR space.

Where can you find Oculus Quest 2 deals? 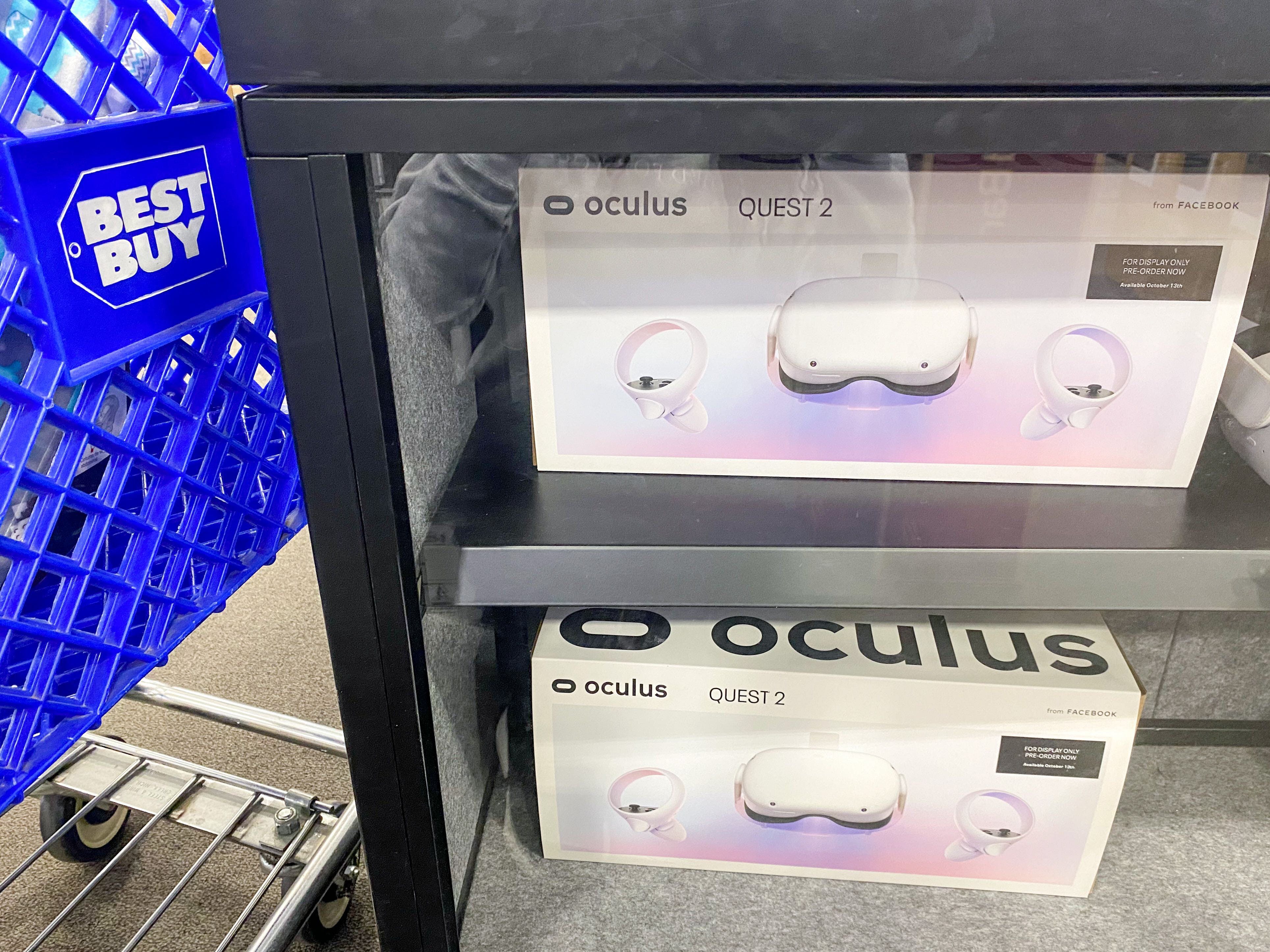 You can also get money off your Oculus Quest 2 by getting free Amazon credits, using our Walmart hacks, or learning our secrets for saving hundreds on Best Buy electronics. 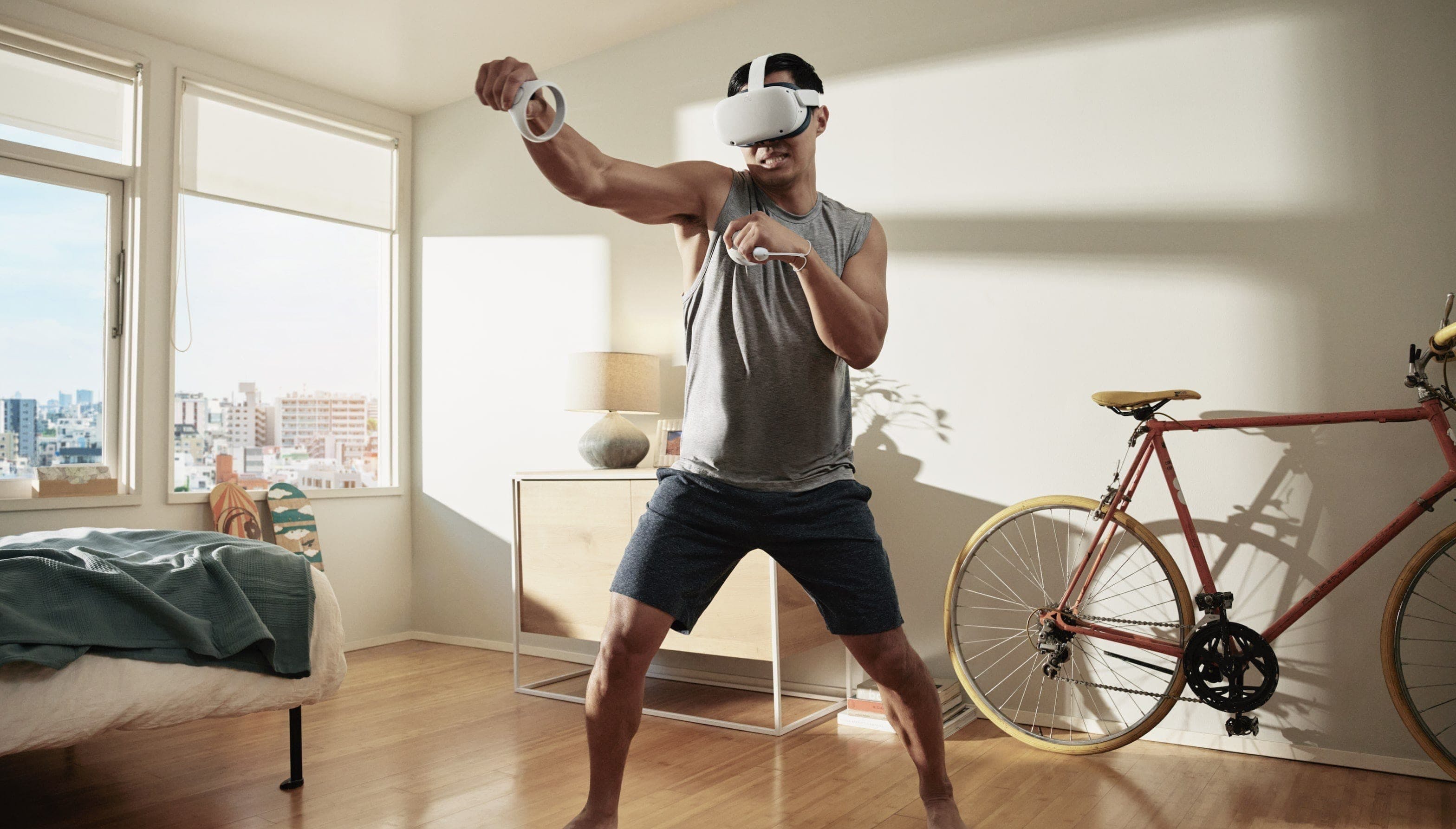 up next
Best VR Headset Black Friday Deals From 2022
Related articles
Is Paramount Plus Worth It? CBS, Star Trek, MTV, & More