Buying Costco Flowers? Here's How to ...

When you head into the warehouse, Costco flowers are hard to ignore. Those fragrant scents and colorful varieties make you want to scoop up a bouquet “just because.” But it’s always smart to know whether you’re getting a good deal before you give in to temptation — because not all Costco flower deals are worth the price.

There are plenty of ways to make the most of your Costco membership, and flowers are no exception. From buying flowers in bulk on Costco.com to scoring huge mums and hanging flower baskets for less, this guide will show you which Costco flower deals to snag (and which ones to skip).

While you’re at it, check out these flower deals and Costco deals you can get right now. Or freshen up on these tips for buying cheap flowers (roses, tulips, and more). 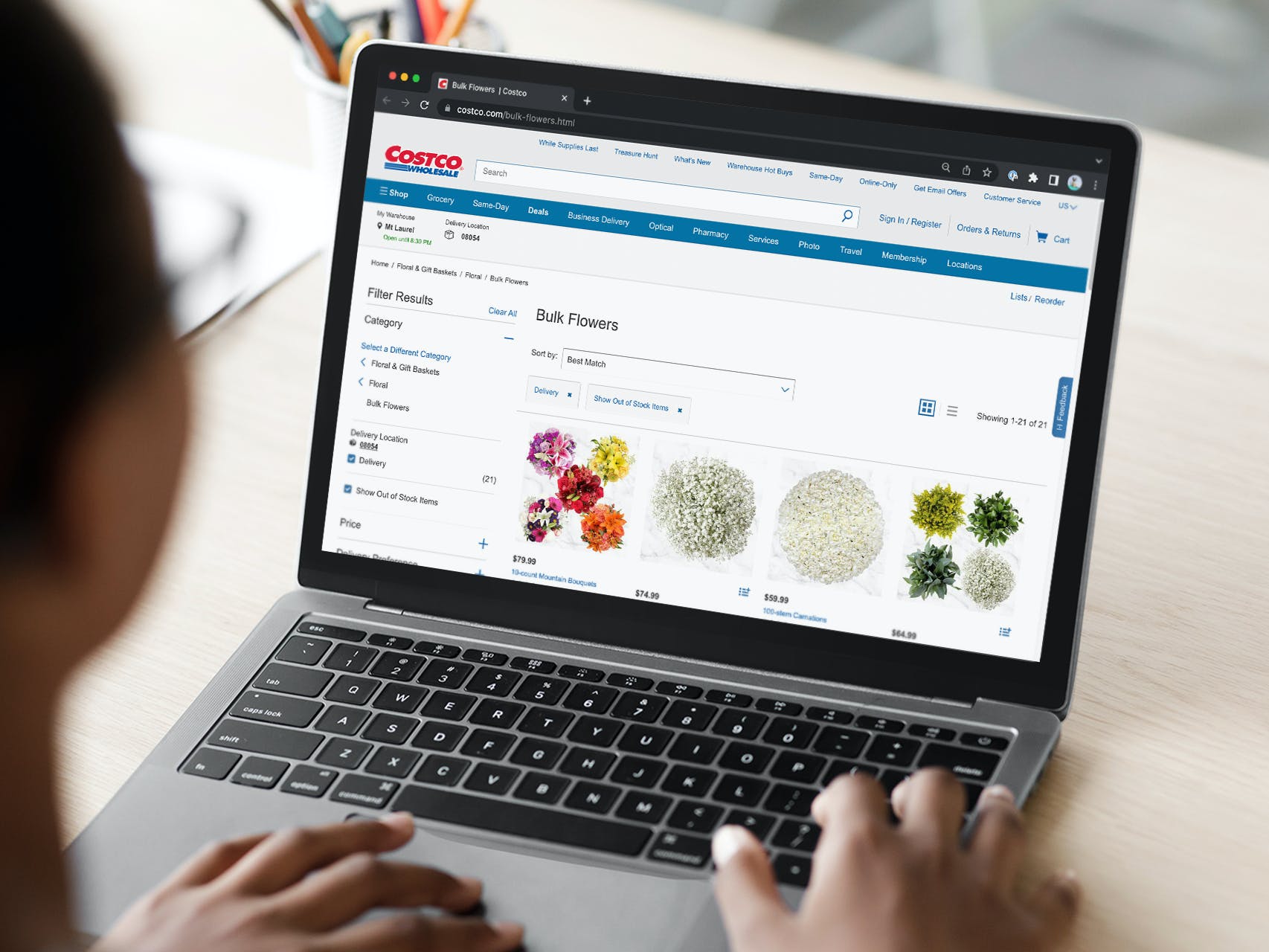 If you’re ordering flowers from Costco.com, buying in bulk is always the way to go. And Costco’s definition of “bulk” doesn’t always mean multiple bouquets. You can buy a 100-stem bouquet of carnations for just $0.60 per stem from Costco’s bulk flowers section online.

Bulk flowers usually don’t include a vase, but you’ll get to choose from a variety of colors, select your arrival date, and add personalized gift messaging at checkout. Delivery is also free for most bulk flower orders. 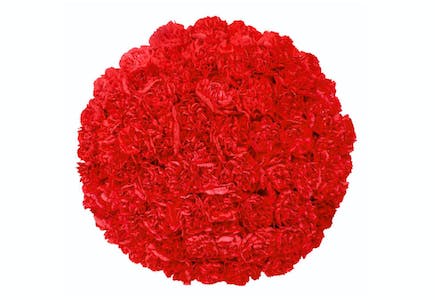 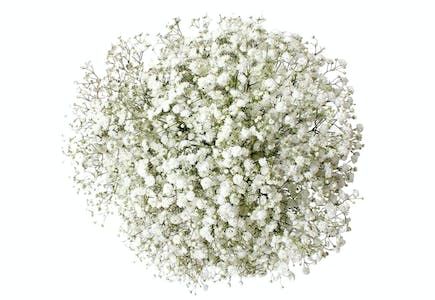 Planning a bridal shower? Or need budget-friendly flowers for your wedding day? You can buy multiple bouquets for under $100 each from Costco.com: 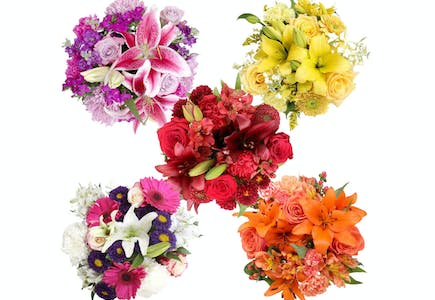 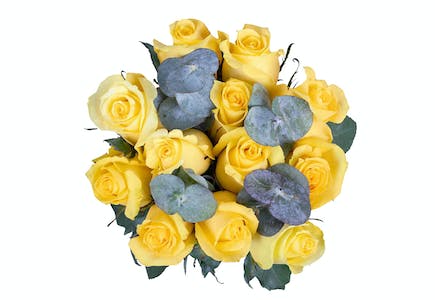 Not even Costco’s online bulk price beats their warehouse deals on rose bouquets. When you shop in store at Costco, you can buy two dozen roses for $18.99 and pay just $0.79 per stem.

3. Don’t buy individual flower bouquets from Costco.com — get them on FromYouFlowers.com, instead. 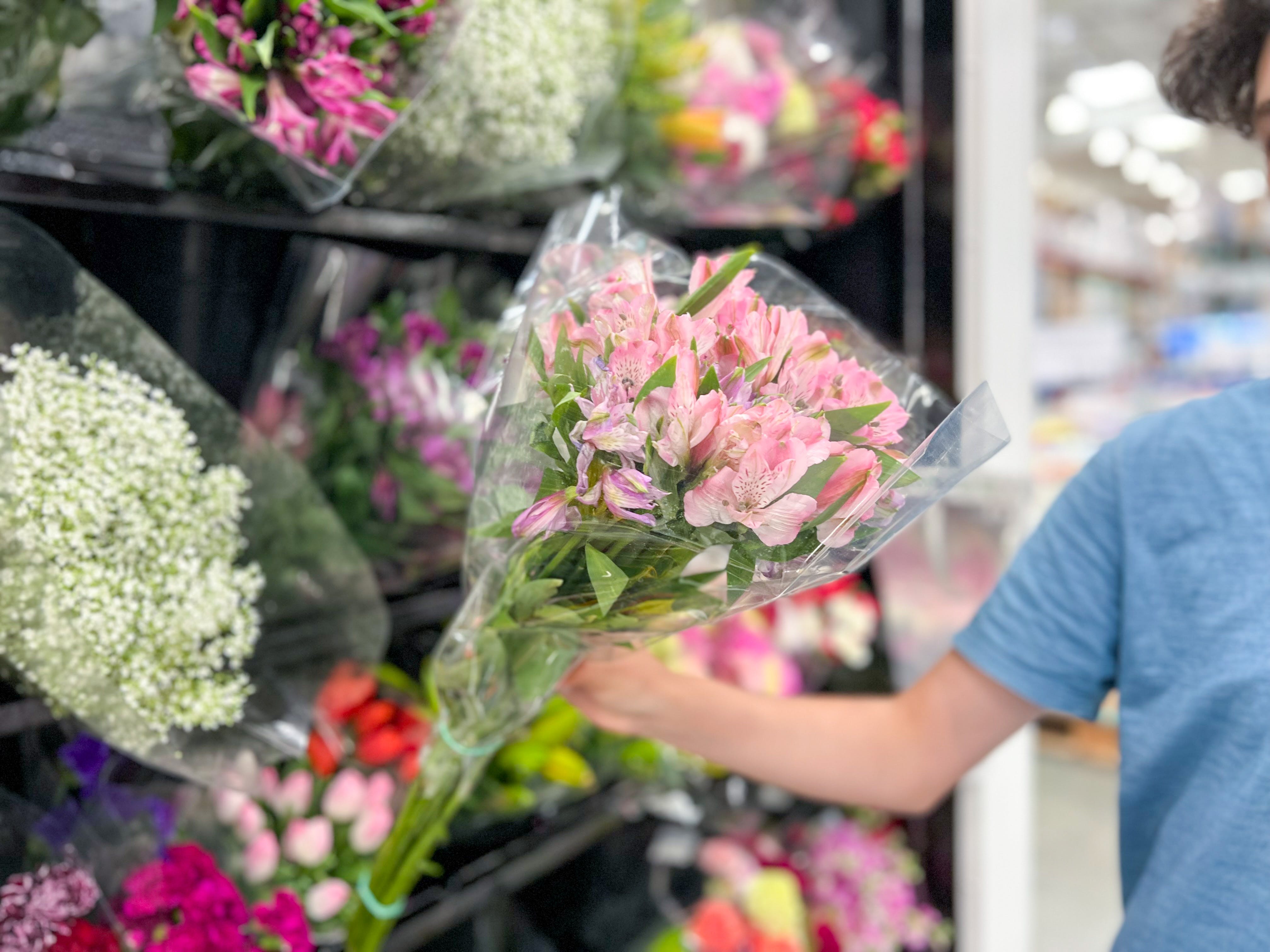 The cheapest bouquet you can get from Costco.com among their vase arrangements is $46.99.

But you can buy a florist-designed bouquet on FromYouFlowers.com for just $19.99. You can even get a Deluxe size for $10 less than the cheapest Costco.com bouquet and a Premium size for the same exact price. Plus, FromYouFlowers.com has a wide selection of bouquets available for same-day delivery, depending on your recipient’s location.

Related: Where to Get Flowers Under $30 with Free Delivery

4. You can buy premium bouquets of Costco flowers for $16.99 each, but you’ll find better deals at Trader Joe’s. Costco’s premium bouquets come in at $16.99 each, and they’re slightly larger than the biggest bouquet from Trader Joe’s.

But you can score an even better deal from Trader Joe’s if you buy two medium bouquets and put them together. In the end, you’ll get a bigger bouquet than Costco’s and pay less money — $13.98 versus $16.99. Last fall Costco sold 4.45-gallon mums for just $15.99 — lower than the normal price for smaller mums at other stores like Home Depot and Lowe’s.

Compare that to these prices for mums, and you’ve got yourself a great deal: 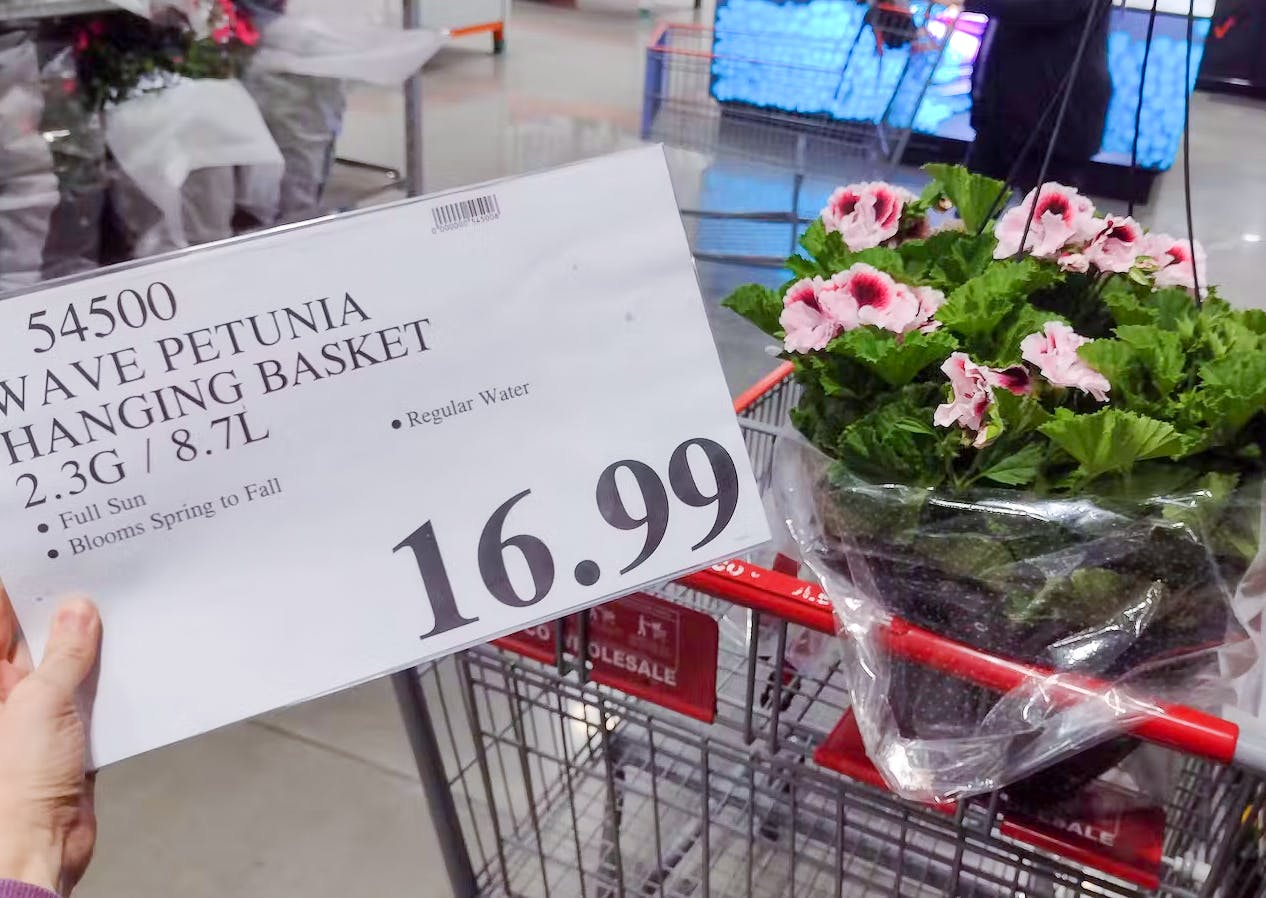 Costco’s hanging flower baskets are 2.3 gallons, which is nearly twice as big as the standard basket. They’ll cost you $16.99 each, and you can only buy them in the warehouse.

When you compare the price per gallon to those at Home Depot and Lowe’s, you’ll see Costco’s price is just slightly more:

But if a larger basket is what you’re after, Costco is the best place to buy.

Related: We have all the deets you need about how to save on hanging flower baskets.

7. Look for deals on Costco flowers right before Mother’s Day. 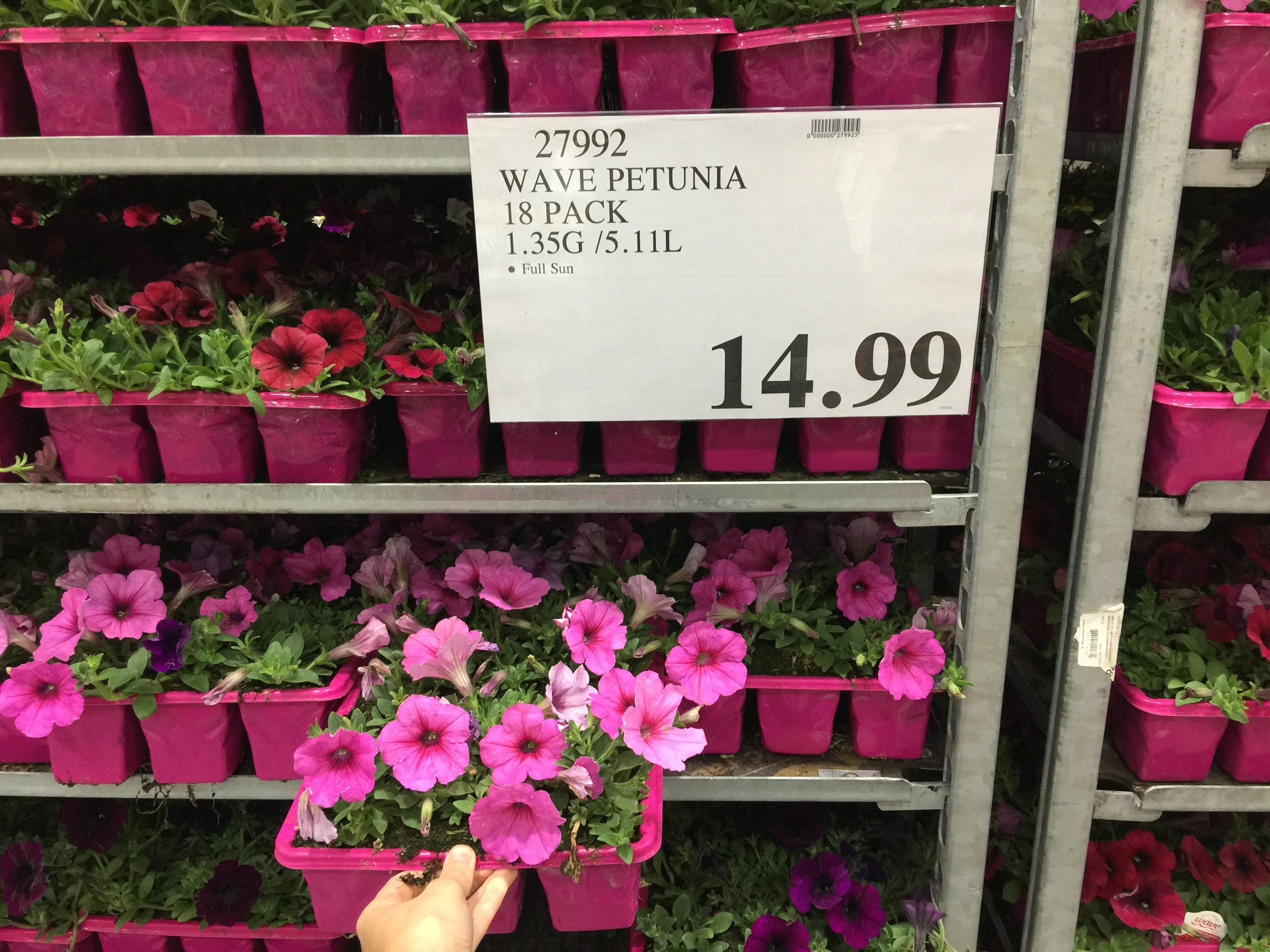 In early May, Costco drops some great deals on spring flowers, which make the perfect gift for Mother’s Day.

Here are some of the Mother’s Day flower deals we saw at Costco in 2022: 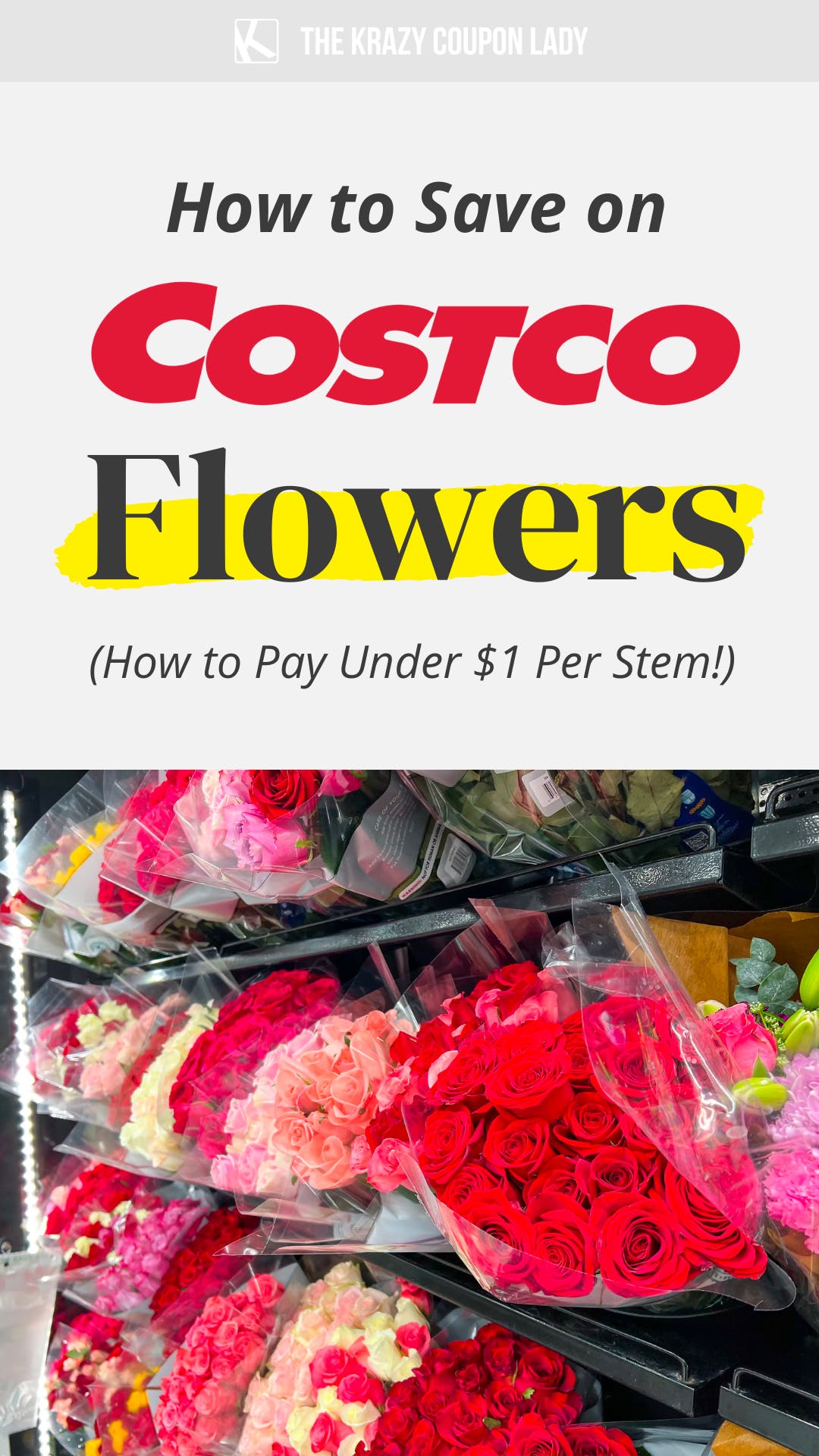 up next
28 Costco Warehouse Savings Tips You Need to Know
Related articles
Where to Buy Cheap Flowers: Roses, Tulips, and More