It’s here: The new Taco Bell drive-thru concept has been slowly rolling out across the U.S., and now the West Coast’s first-ever “Taco Bell Go Mobile” location is opening on Monday, July 18, in Las Vegas.

Taco Bell is taking a cue from their sister company Pizza Hut and is redesigning their stores to move away from dining rooms. (But you probably weren’t dining in anyway.)

This isn’t your typical drive-thru vibe. Here’s what you need to know:

There are two drive-thru lanes at the new Taco Bells. 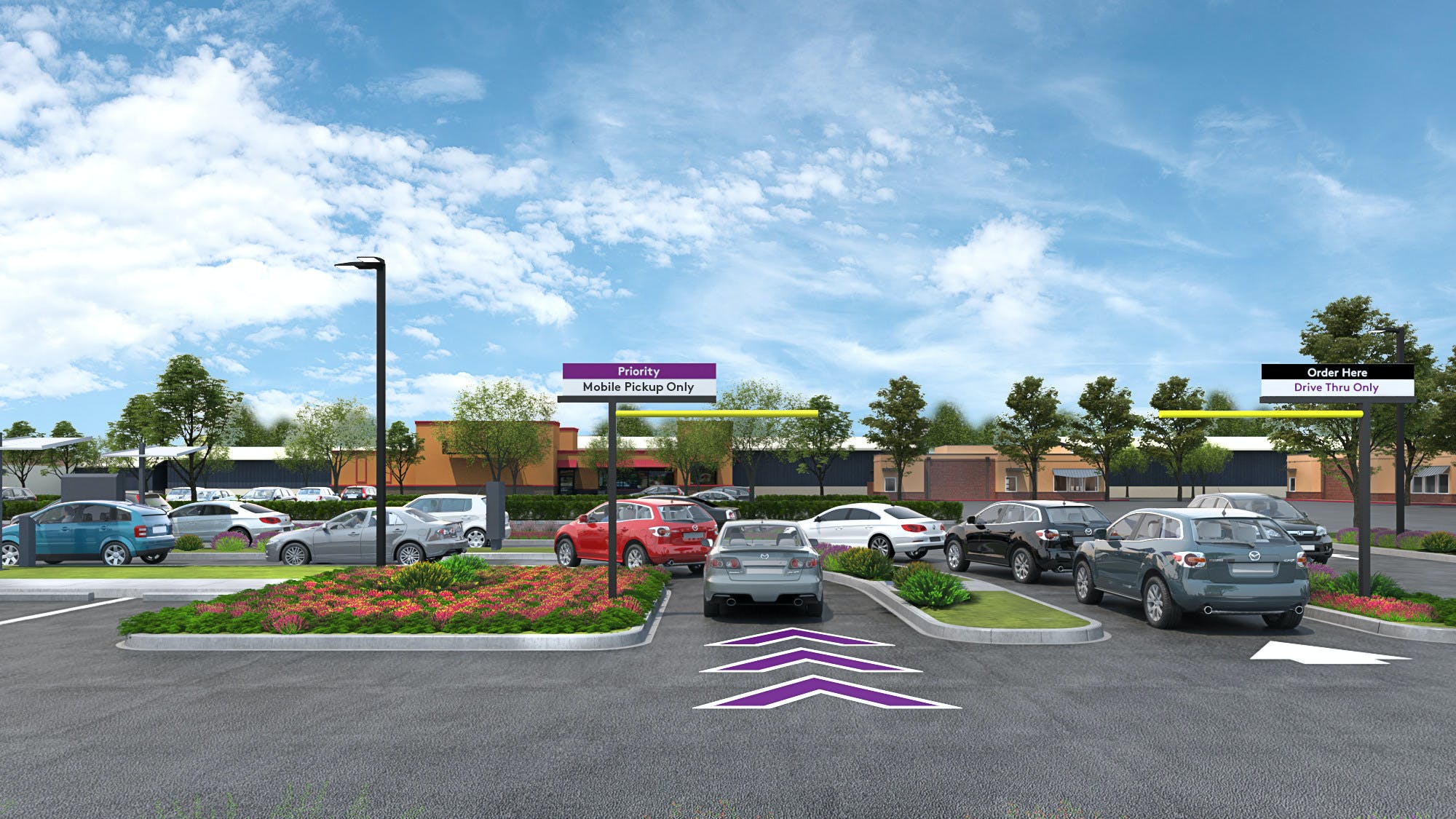 The new Taco Bell drive-thru is actually TWO drive-thrus. The “Go Mobile” format will have one standard drive-thru lane, plus a “priority pick-up lane” for mobile orders. Basically, if you ordered ahead, you can go in the fast lane. Otherwise, order as usual in the regular lane.

There are no dining rooms at Taco Bell Go Mobile locations, but you can eat on the patio. 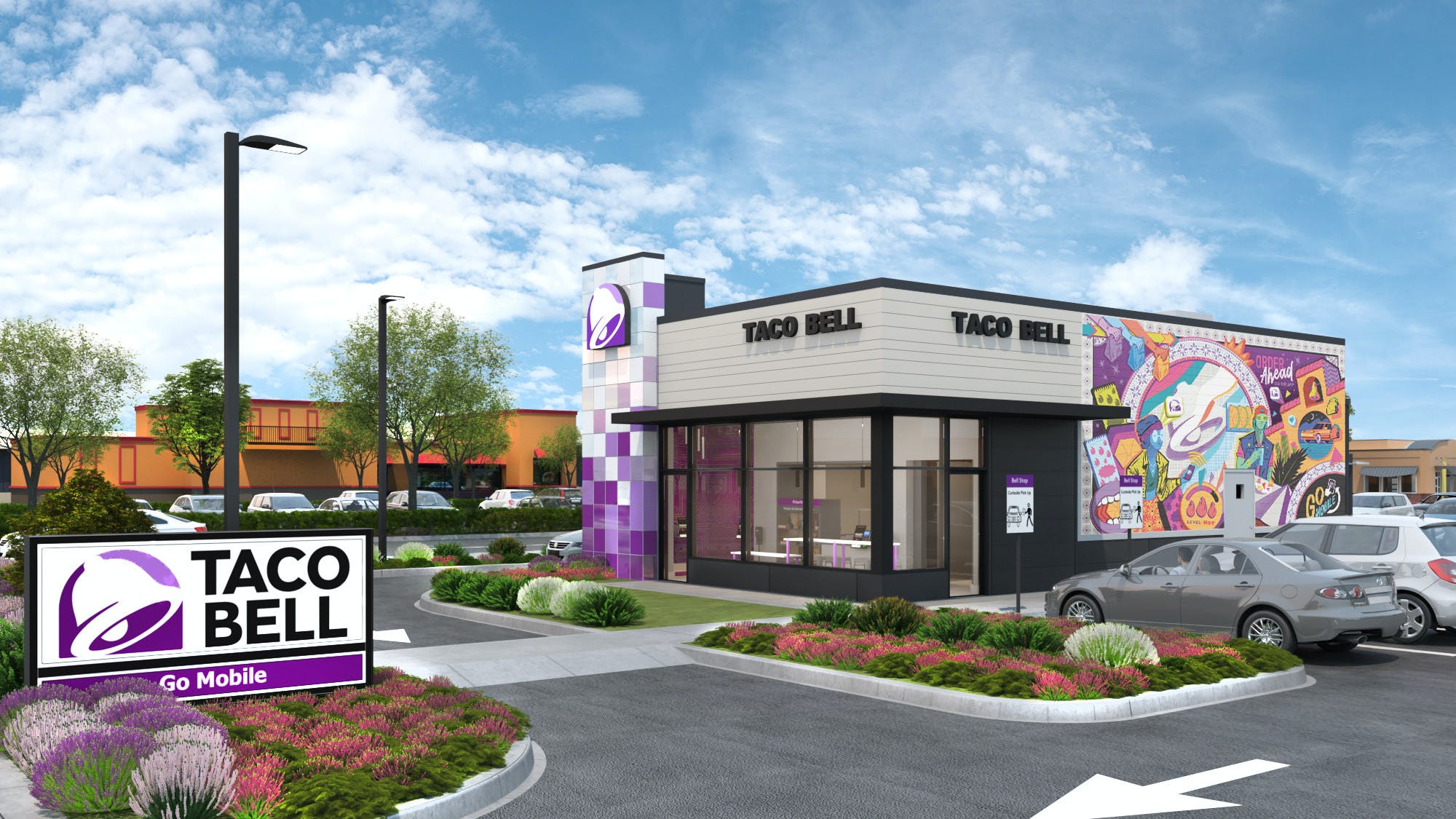 The average Taco Bell is about 2,500 square feet in size. The new Go Mobile format will only be 1,325 square feet.

There’s no room for dining rooms with Go Mobile, but there’s a small pickup area inside the building. (Just think of the carryout options at Pizza Hut and similar places.)

And if you really want to still dine in at the Taco Bell, you can order at the kiosk inside and take a seat at the covered patio.

You order Taco Bell with the help of “bellhops.” 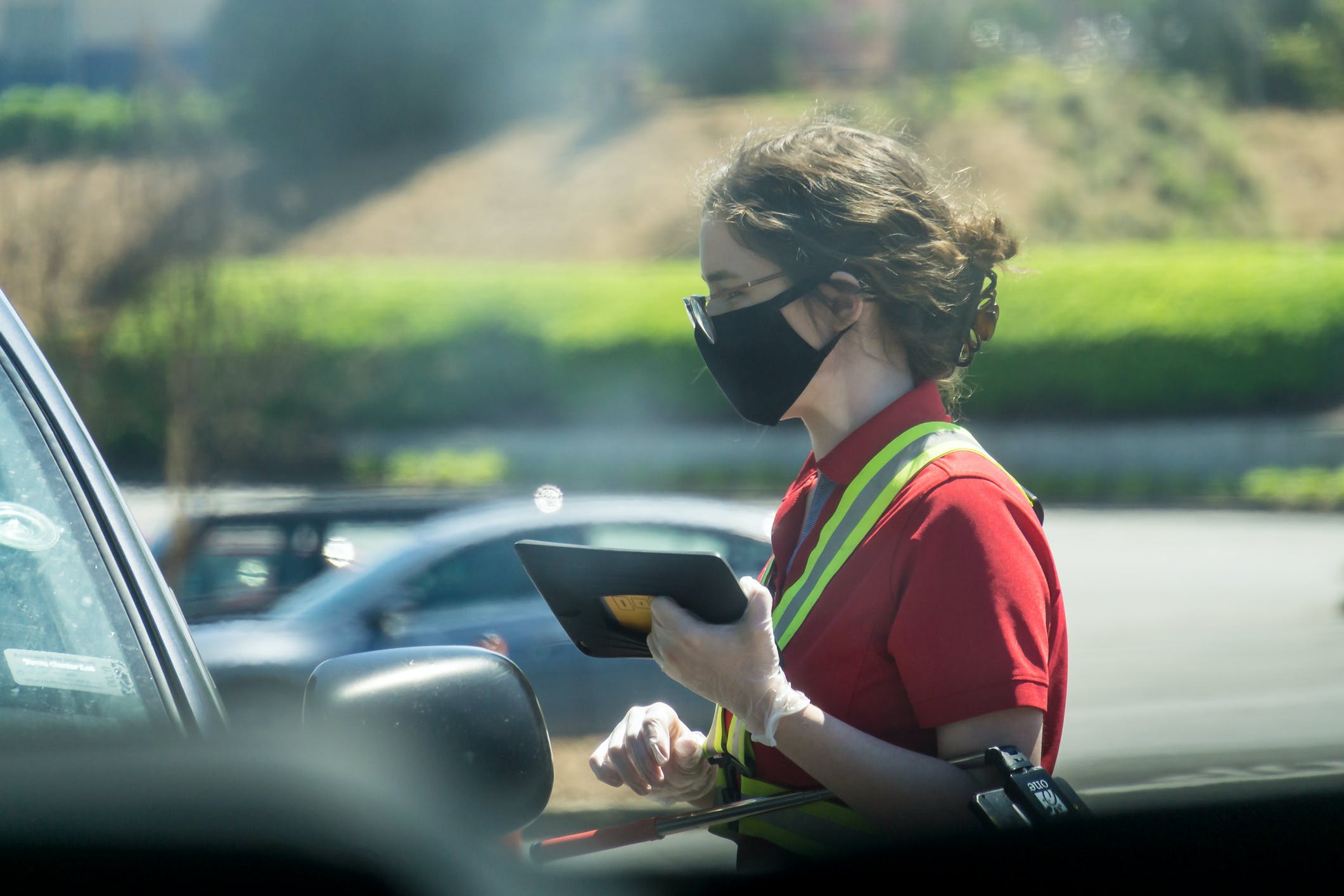 Taco Bell wants to speed up the ordering process at the new Taco Bell drive-thru with the help of tablet-wielding “bellhops.” Chick-fil-A already does this now, and it’s pretty effective for moving things along.

Smart technology makes sure your food is ready at just the right time. 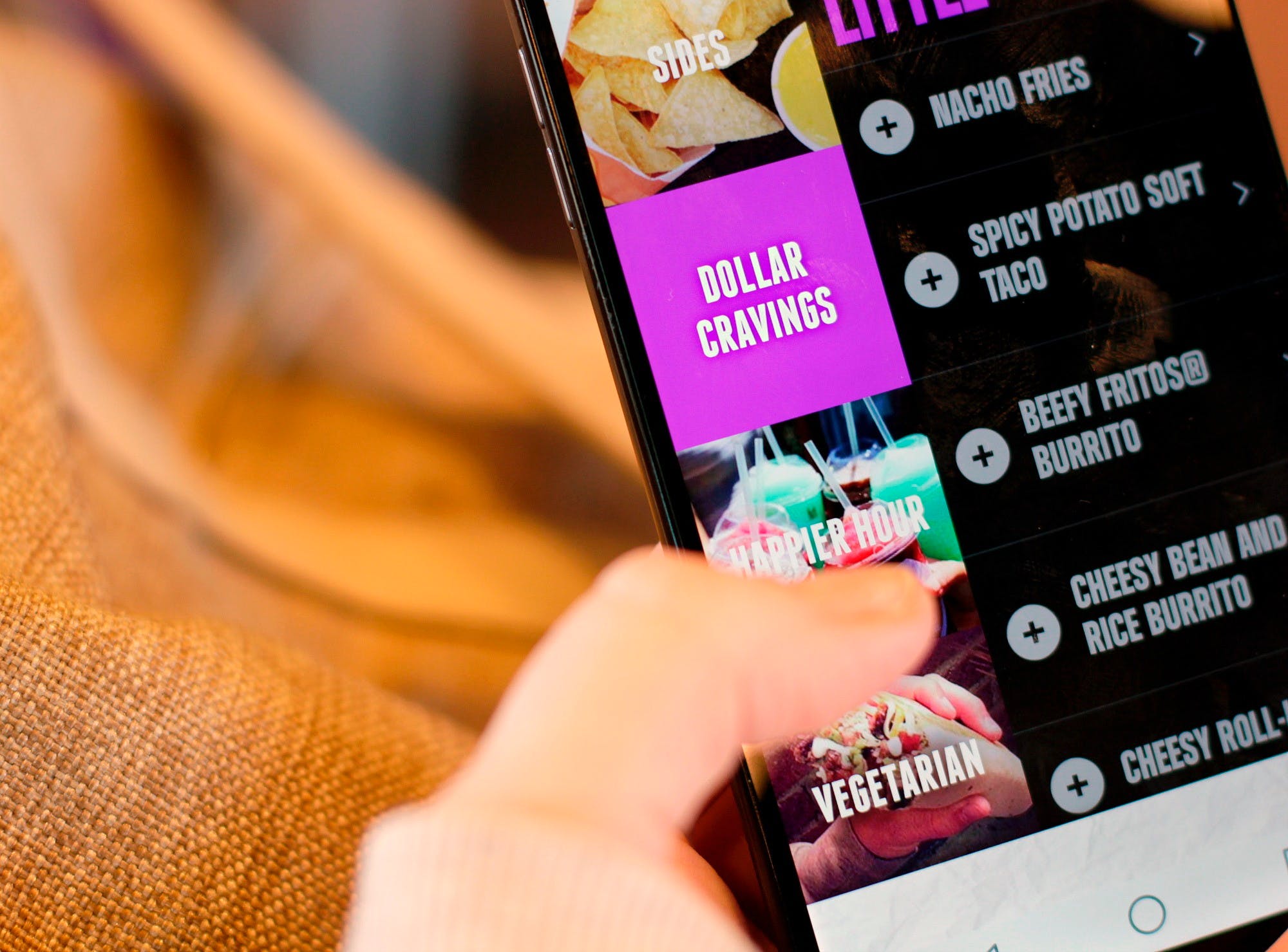 Don’t you hate it when you place an order, only to have to wait for them to make it once you get to the restaurant? Or just as bad, when they’ve made it too early and the food’s cold?

Taco Bell says the Go Mobile stores have “smart kitchen technology” that use the app and geolocation features to detect when guests have arrived at the restaurant and suggest the quickest pickup option. 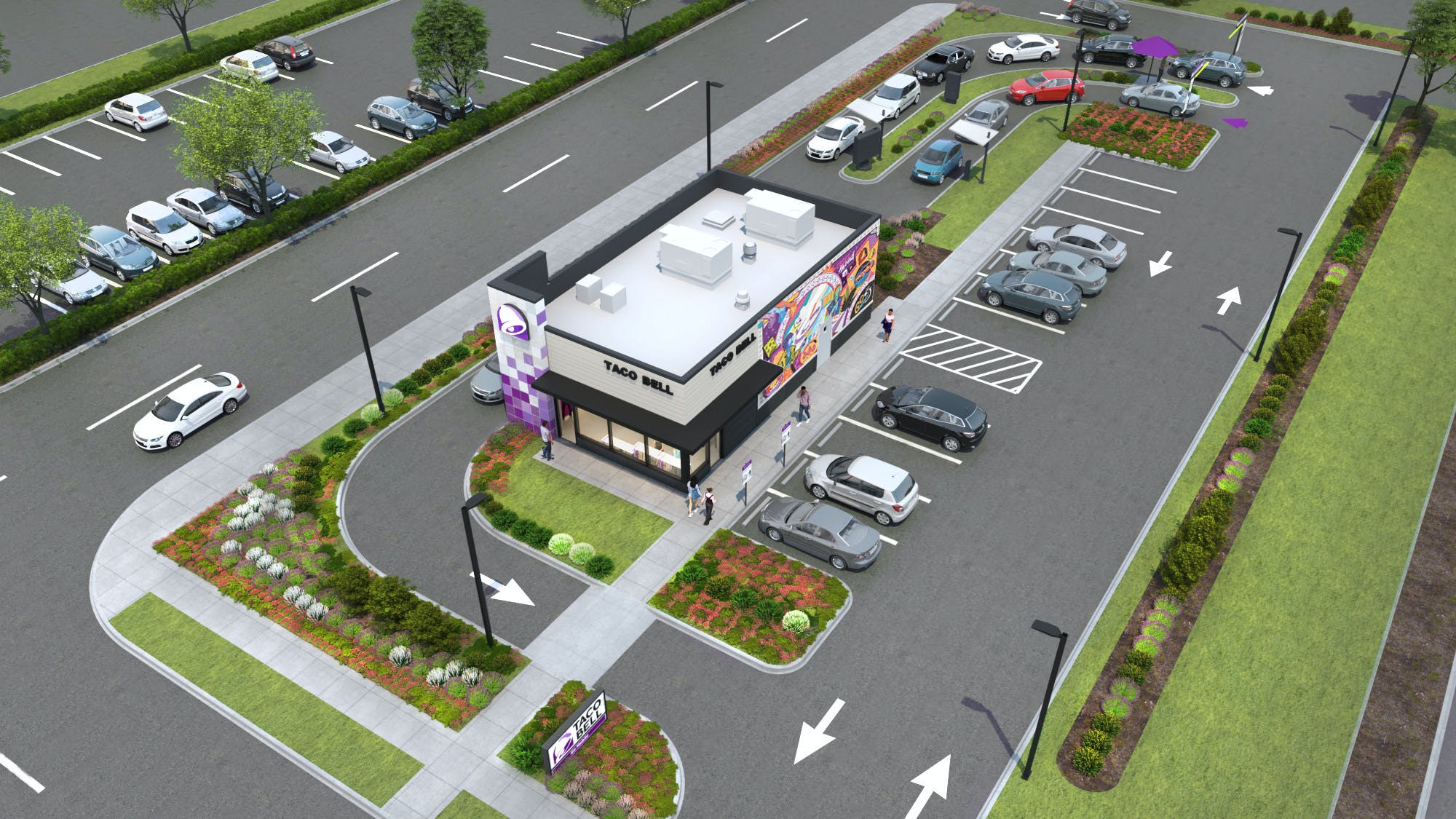 No word yet as to how many of these Go Mobile locations will open, but Taco Bell started rolling these out in the first quarter of 2021.

In the meantime, Taco Bell is trying to improve existing restaurants’ efficiency. They said that since early 2020, the average time spent in the drive-thru is 15 seconds shorter. 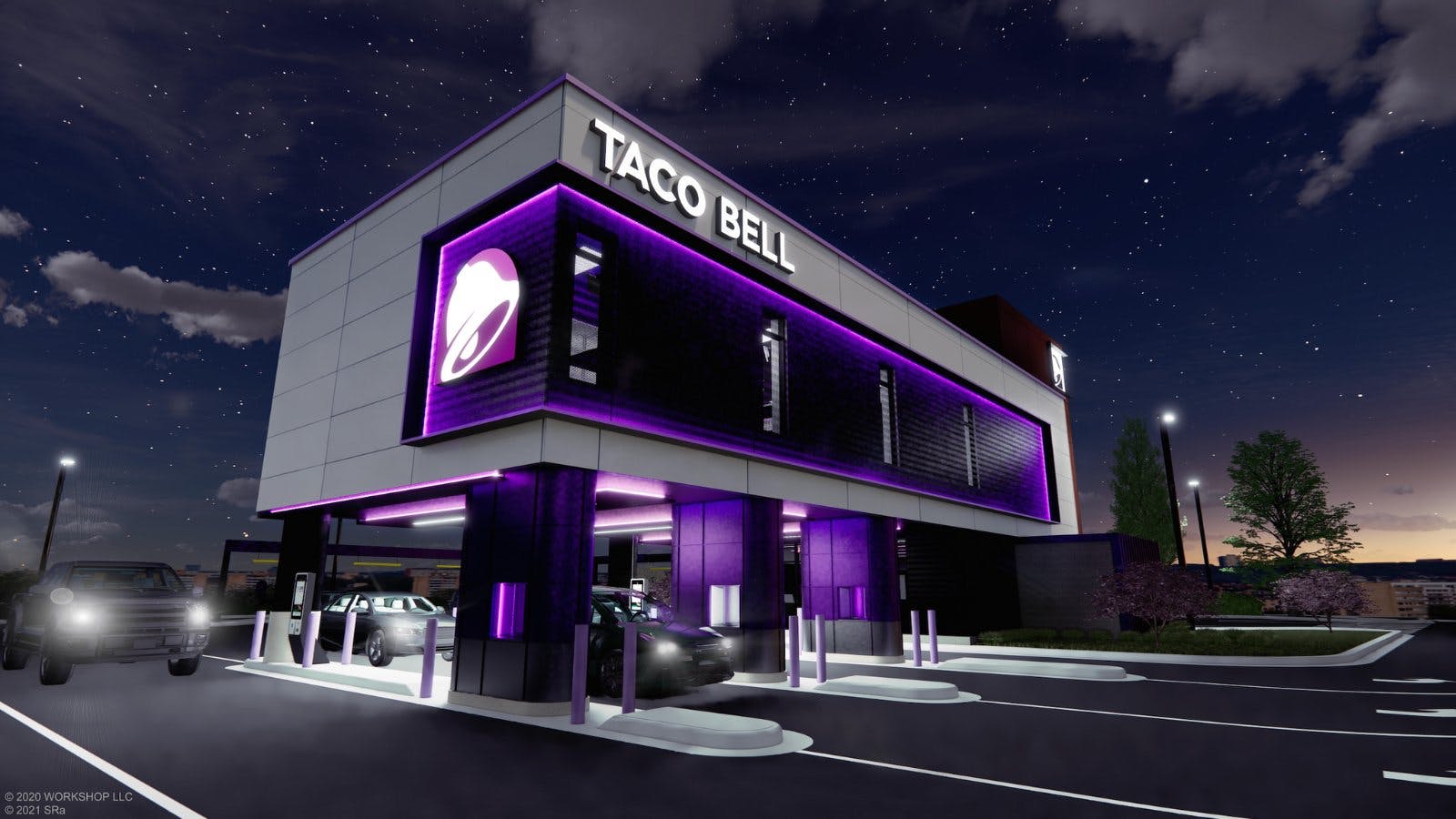 Taco Bell has also opened their first “Taco Bell Defy” store concept in Brooklyn Park, Minnesota, in June 2022. At Defy, three lanes are reserved specifically for app/web orders, and a fourth will be a standard drive-up.

Employees make the food above the new Taco Bell drive-thru lanes, and you get food via a lift system. You never even see an employee in person during the process, but you communicate with them via two-way audio and video (like a bank drive-thru).

You could always get Taco Bell delivered for free. 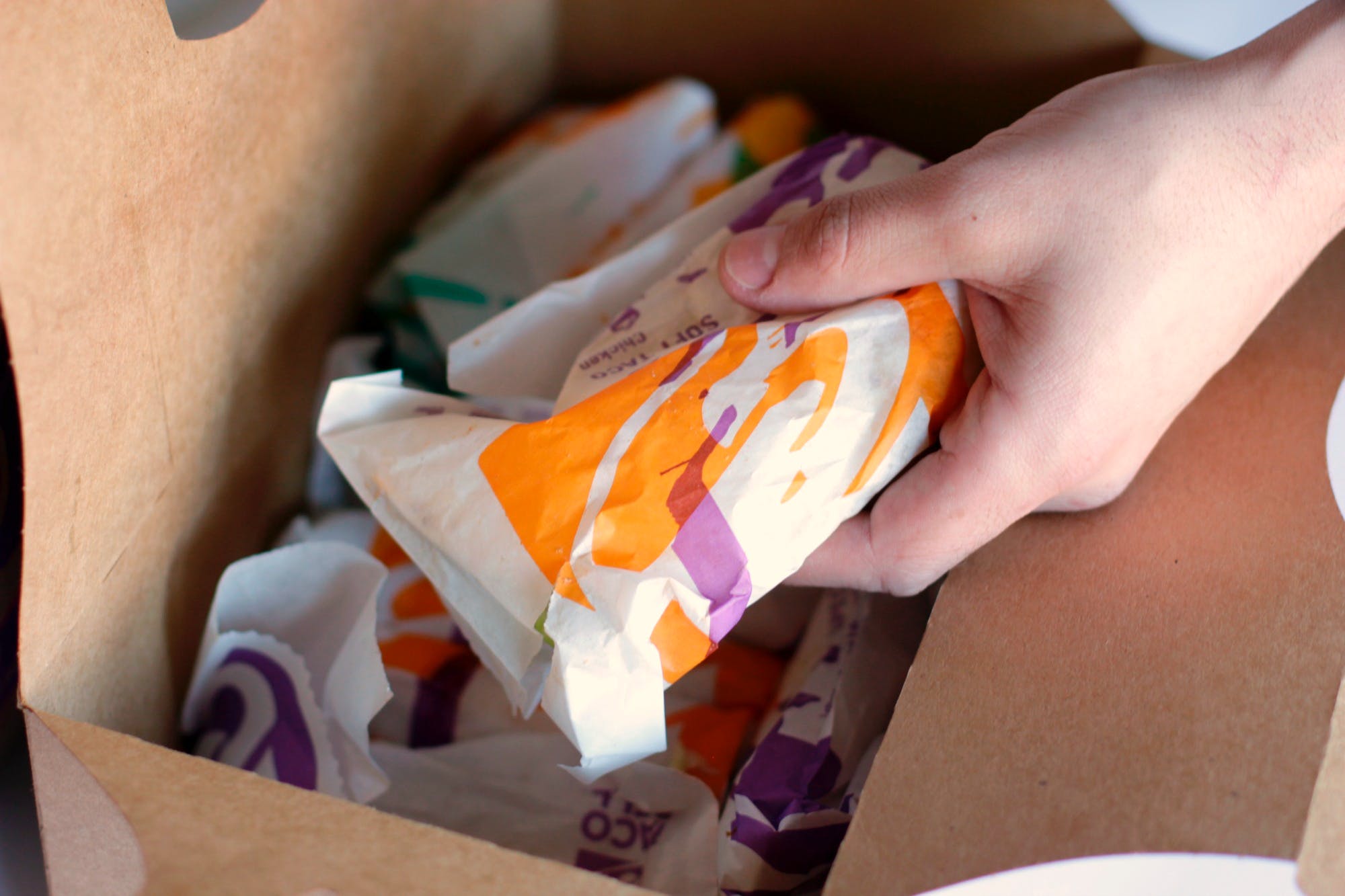 As exciting as Go Mobile is, it’s even more exciting to get Taco Bell brought to your doorstep — for free. Here’s how to find free food delivery near you.

up next
20 Ways to Make Taco Bell Happy Hour, Every Hour
Related articles
17 Tactics to Get DoorDash Delivery for Cheap (and Free)