One of McDonald’s most popular and longest-lasting Halloween Happy Meal traditions has returned this spooky season. Yep, the nostalgia-inducing McDonald’s Halloween Buckets have hit stores again as of Oct. 18, 2022.

Back in September, after weeks of speculation, rumors, and some leaked McDonald’s promotional calendars, McDonald’s finally confirmed the Halloween buckets. The news came on the heels of McDonald’s offering their first-ever Adult Happy Meals.

So, which buckets are back? How long will they last? (Hopefully longer than the bucket-themed sweatshirts.) Scroll on to learn more!

(If you’re on the lookout for McDonald’s deals or ways to save at McDonald’s, we’ve got all treats and no tricks.)

What are the McDonald’s Halloween Buckets? 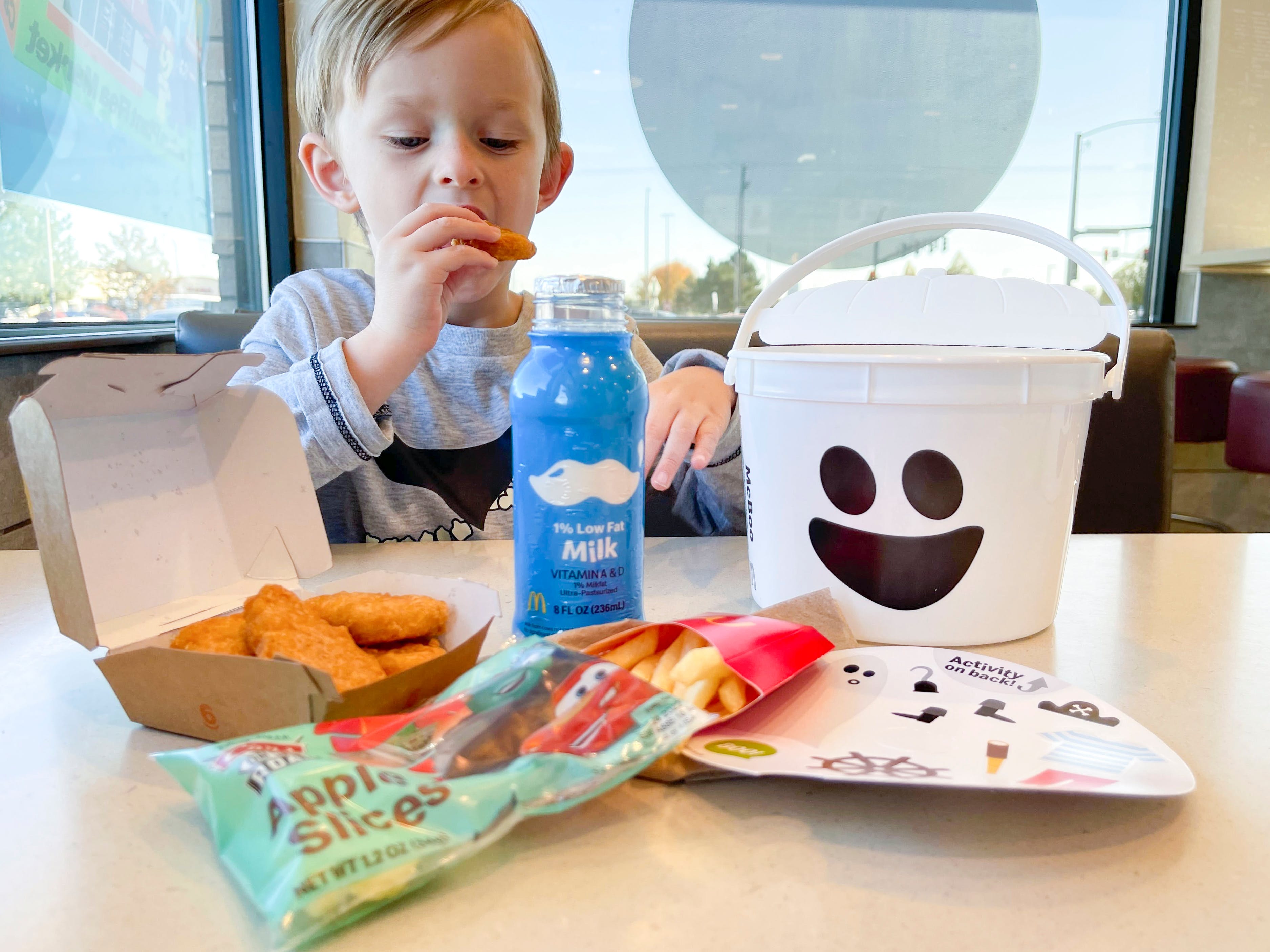 During Halloween as early as 1986, McDonald’s put their Happy Meals inside festive trick or treat buckets (which essentially were the “toy” inside the Happy meal).

The plastic buckets with handles had a bunch of variations over the years, but the most popular featured the simple buckets with three faces on them.

At first, there were three orange variations: McPunk’n (with a jack-o’-lantern face), McBoo (with a ghost face), and McGoblin (with a more jagged jack-o’-lantern face). And in the ’90s, Happy Meal eaters got the Pumpkin Pails, which included an orange pumpkin, a white ghost, or a green witch.

And — bonus! — the 2022 Halloween McDonald’s buckets also include Halloween stickers.

Related: McDonald’s Finally Gives Us What We Want: Happy Meals for Adults

When will the Halloween Buckets return? 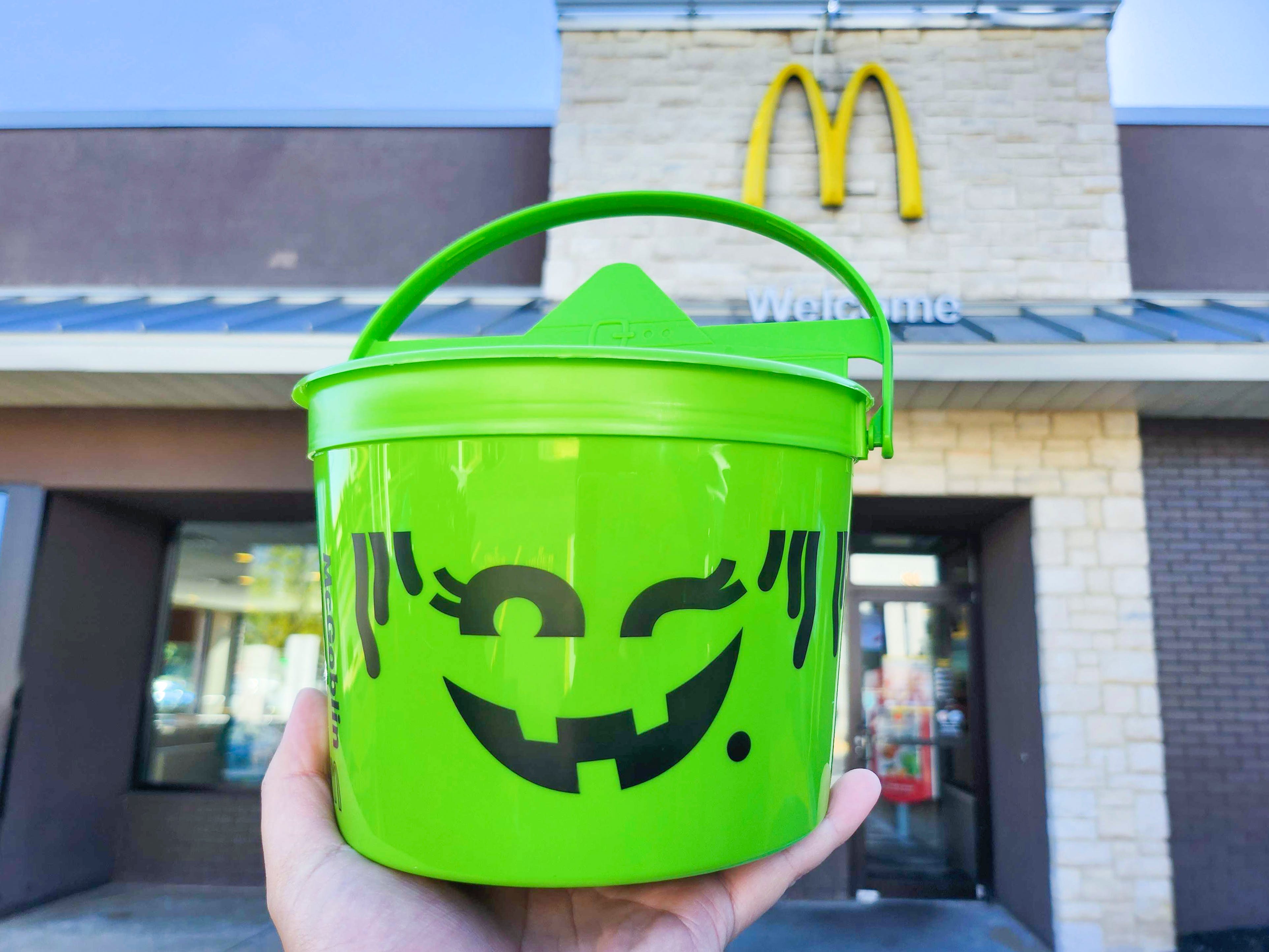 The Halloween Buckets happy meals will be available starting at lunchtime on Tuesday, Oct. 18, 2022, and they’ll stick around as long as supplies last, or until Halloween night, Monday, Oct. 31.

Tip: If your local McDonald’s sold out, you could always find some vintage buckets on eBay. But you’ll pay a premium price for them.

What will the Halloween Bucket look like this year? 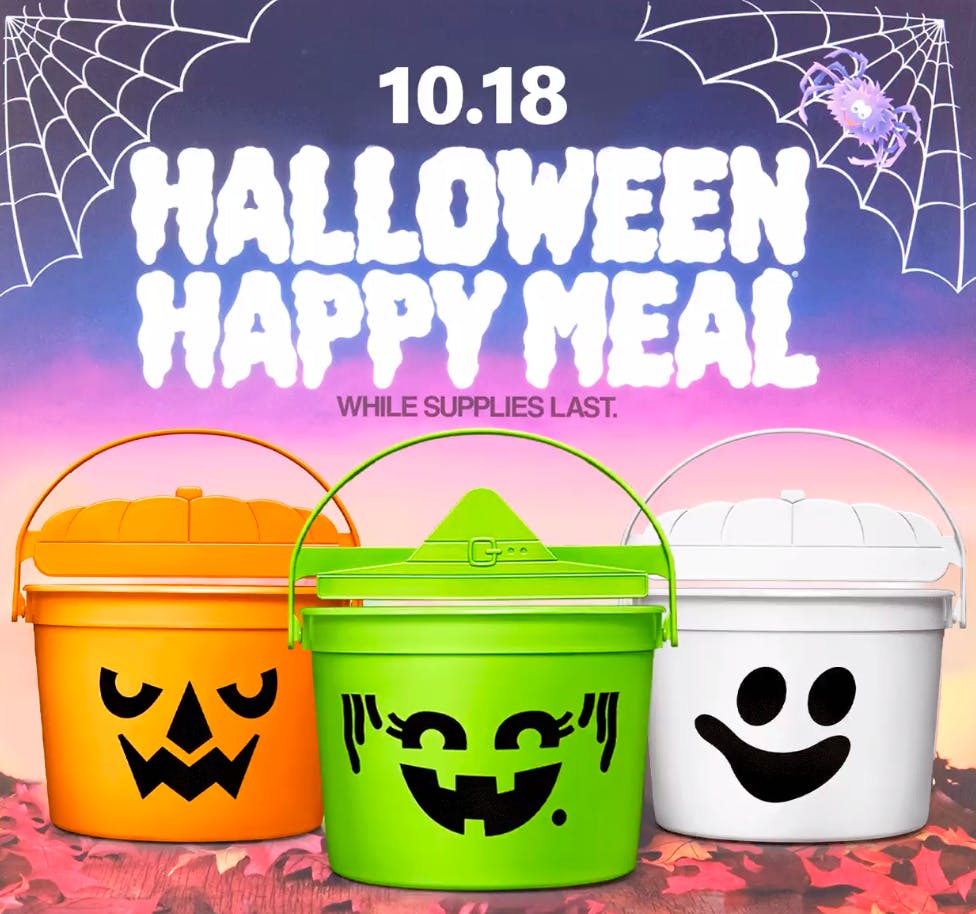 From what we can tell in the official announcement on Twitter, McDonald’s has responded to their McFans’ cries to bring back the ’90s-era, solid colored buckets. We’ll see the orange, white, and green pails return, featuring McPunk’n, McBoo, and the McWitch. If the animated GIF is to be believed, though, each type of bucket will have three different facial variations.

Do the Halloween Buckets come with the plastic lid? 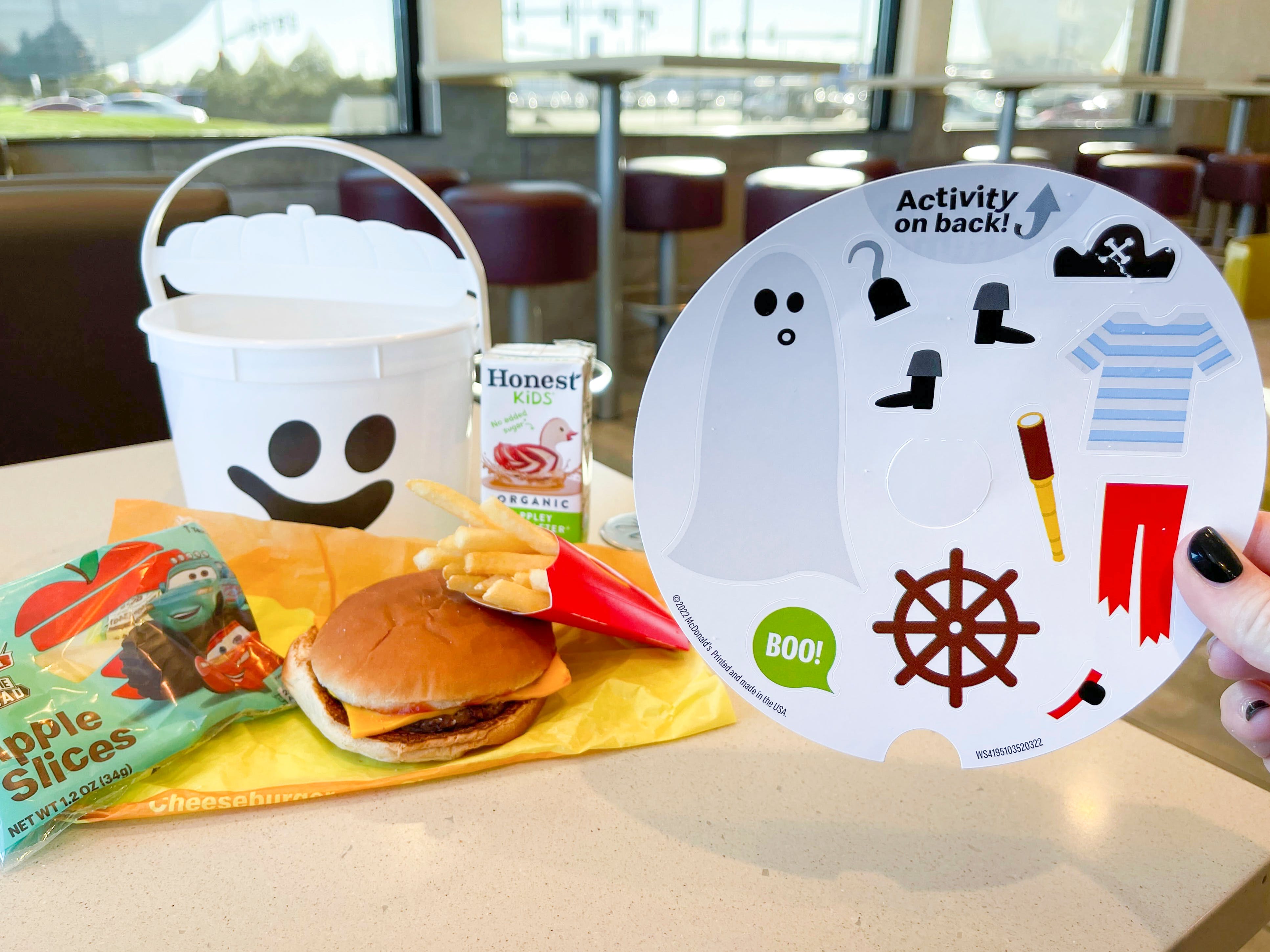 Unfortunately, no. The Halloween buckets come with a cardboard lid. But did you ever really use the lid when trick-or-treating?

How much do the Halloween Buckets cost at McDonald’s? 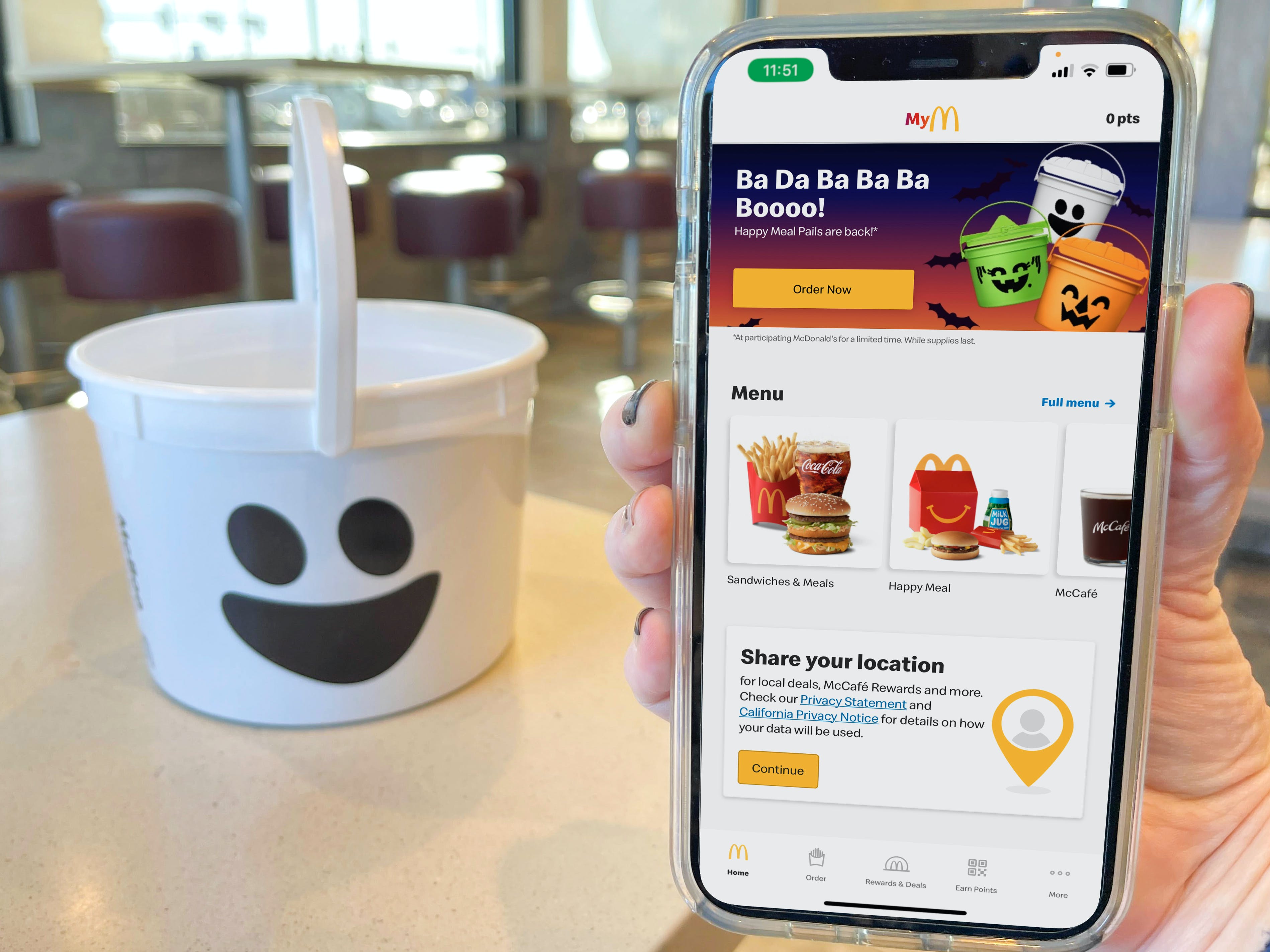 There’s no extra charge for the Halloween Buckets at McDonald’s. They’re included in the regular cost of a Happy Meal, which is $4 – $6 (prices vary by location and type of Happy Meal).

McDonald’s released special Halloween bucket-themed sweatshirts, but they sold out. 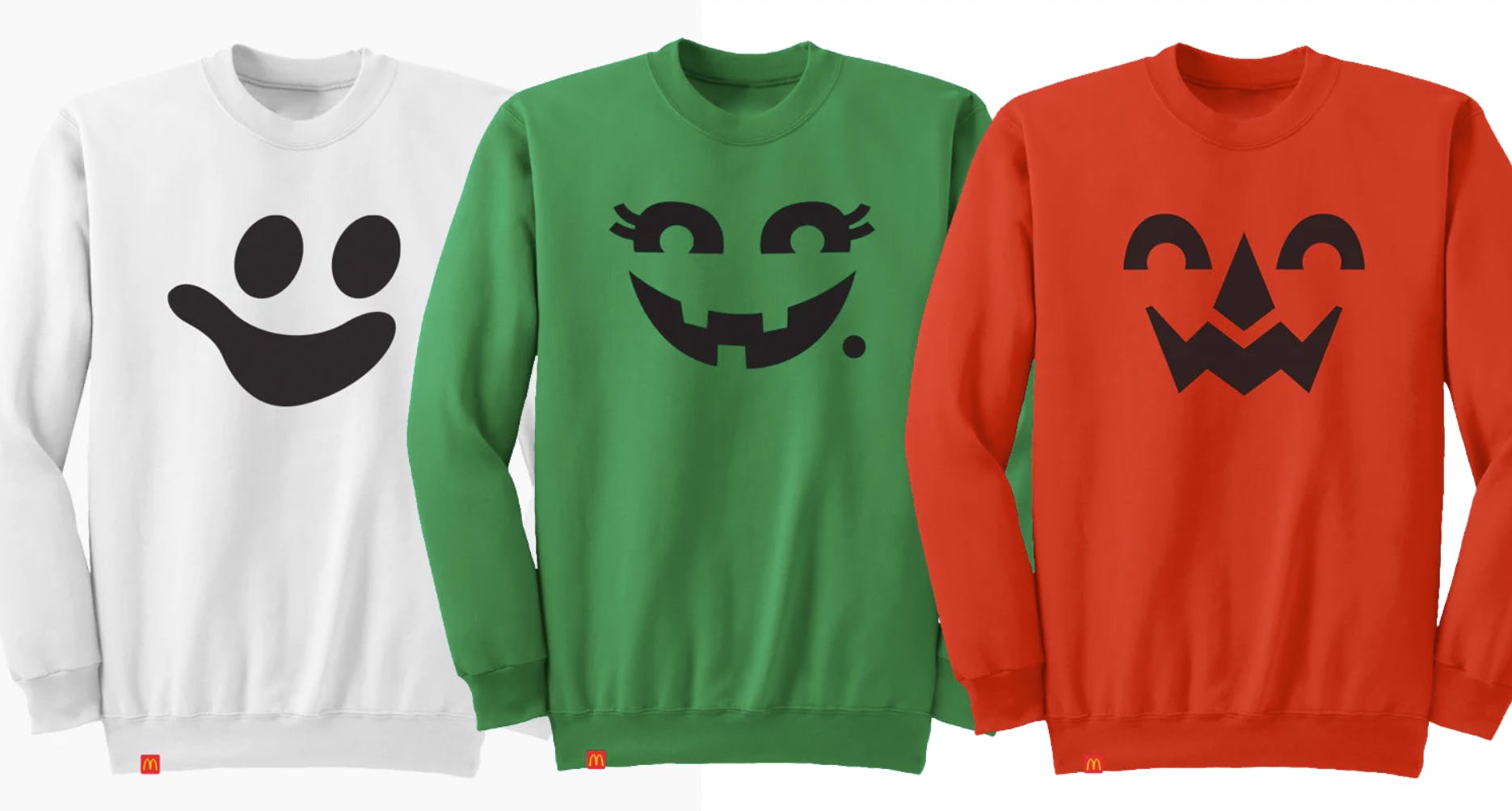 It’s safe to say that the Halloween bucket mania has hit a fever pitch. McDonald’s sold special McPunk’n, McBoo, and McGoblin sweatshirts at their apparel shop for $25 each. But if you’re looking to get one of these, you might keep an eye on the resell market. These sold out the first day of the buckets, Oct. 18, and we aren’t sure if/when they’re coming back. 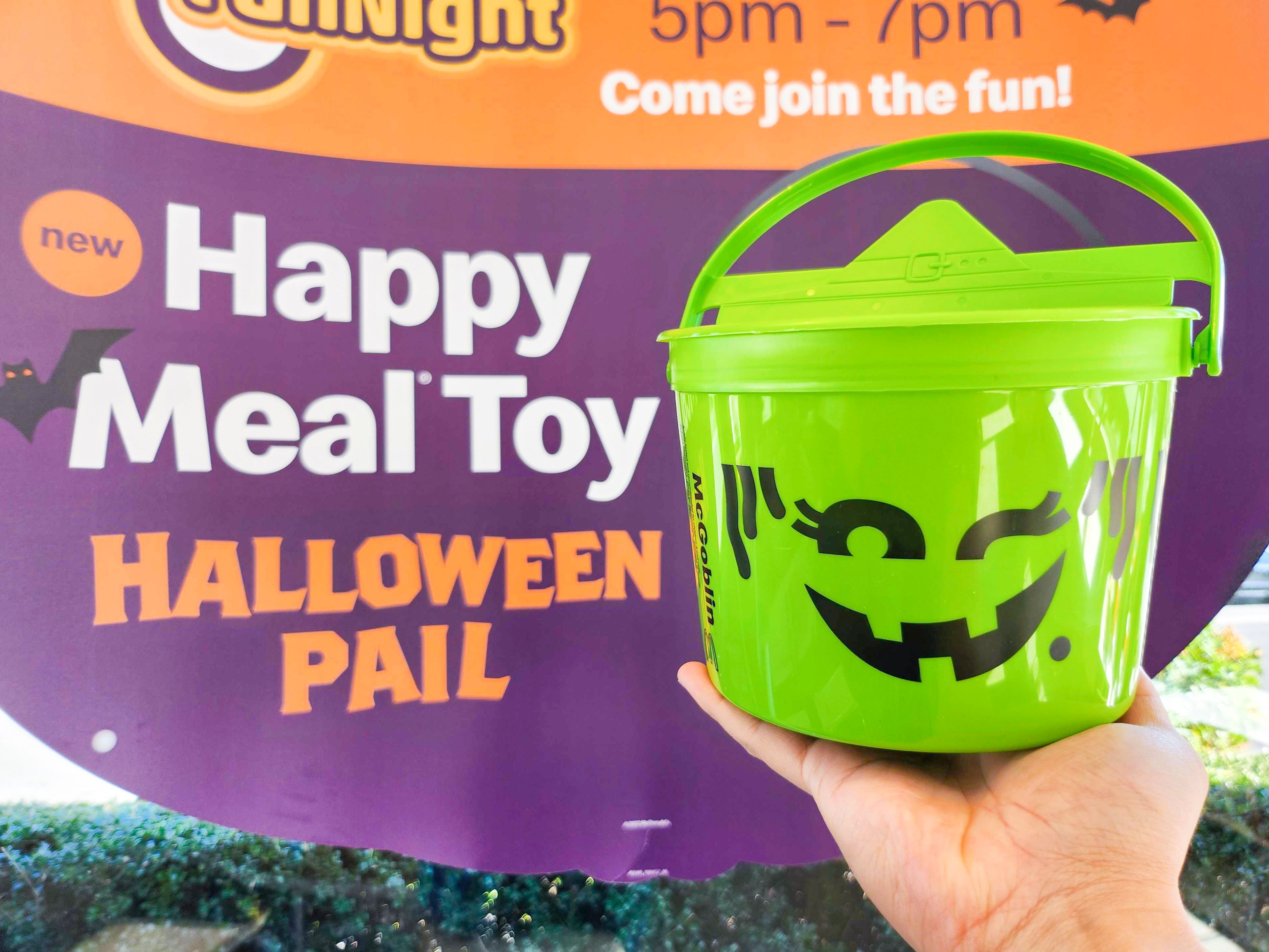 up next
Get an Exclusive Adult Happy Meal Every Day: Here's How
Related articles
30 McDonald's Specials & Deals to Get Cheaper Food Every Time
Taco Bell Mexican Pizzas Are Back — and Multiplying
Every Restaurant Where You Can Get Free Food on Halloween
Kids Eat Free Restaurants: Your Comprehensive Guide 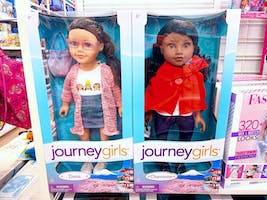 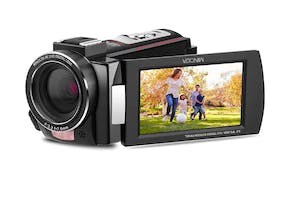 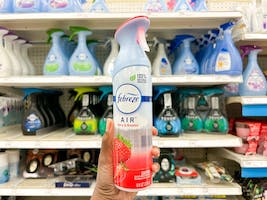 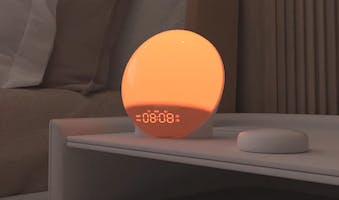