Chances are, you’ve been driving a lot less lately. Insurance companies have benefited from the $2 trillion dollar government stimulus package, but are required to pass some of that benefit on to customers. That’s why they’re giving partial car insurance refunds.

(Across the board, insurance companies are not cancelling coverage for non-payment of car insurance premiums during the pandemic. Depending on the company, they’ll have customers make up the payments at a later date in various ways, which I point under each company.)

GEICO is giving car insurance refunds of up to $150 off. 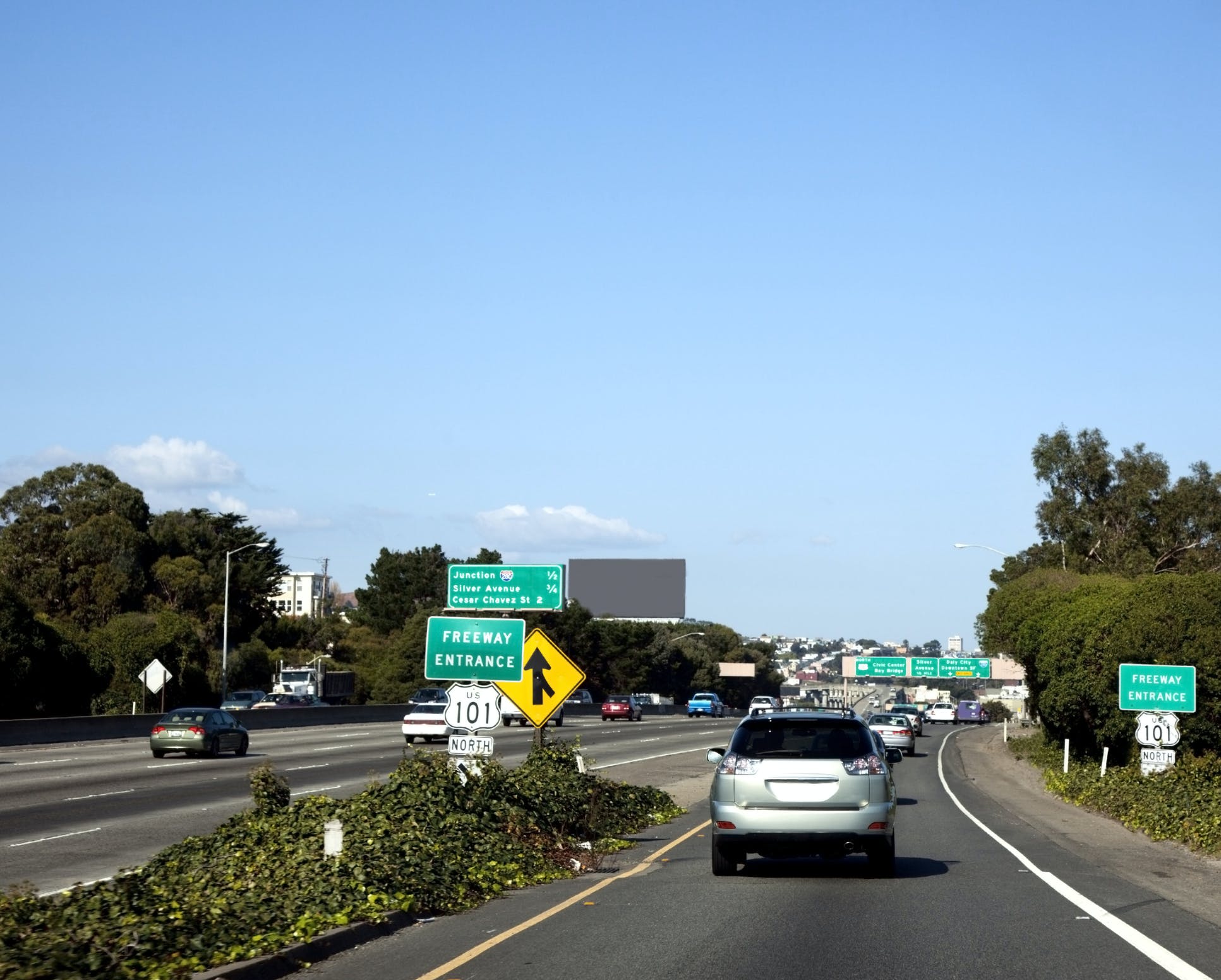 When GEICO auto and motorcycle policyholders renew their policies between now and Oct. 7, 2020, they’ll receive an automatic 15% credit.

The insurer says the average auto policy has a semi-annual premium of about $1,000 — meaning the average benefit would be about $150 per auto policy (and $30 per motorcycle policy). That adds up to about $2.5 billion in credits for the 19 million or so policyholders affected.

Customers don’t need to take any action to receive the credits.

In related news, GEICO has temporarily stopped cancelling people’s coverage due to non-payment at least through April 30. Flexible payment plans are available after that date.

State Farm has announced a credit of “about 25%” for auto policyholders.

The “Good Neighbor Relief Program” from State Farm will pay out $2 billion to customers, which will look like a credit of about 25% of premium costs between March 20 and May 31. The credits will be applied against bills beginning in June. With 40 million vehicles insured, that amounts to about $50 per car.

Liberty Mutual and Safeco auto insurance customers are getting refunds of $79-$84.

Liberty Mutual and its sister company, Safeco, announced their customers would be refunded 15% of their premiums for two months.

Since Liberty Mutual is about 68% more expensive than GEICO, according to TheZebra.com, customers can expect about $84, on average.

Safeco is about 59% more expensive than GEICO per year, too, giving customers an estimated $79.55 refund. The automatic payouts will total a quarter of a billion dollars.

Both companies have suspended coverage cancellations.

Progressive is giving car insurance refunds of 20% back for April and May premiums.

Progressive announced this week that customers would be receiving a 20% credit for their April and May payments — which, on average, would total around $95 a person. They also won’t cancel or non-renew any active policies due to non-payment through May 15.

Allstate & Esurance are returning $600 million in premiums to customers in April and May.

Like Liberty Mutual, Allstate is automatically crediting customers with 15% back on two months’ worth of coverage with its “Shelter-in-Place Payback.” The credit will come to policyholders’ bank accounts, credit cards or Allstate accounts.

Policyholders can expect somewhere around $75 back. The company says customers can get their refunds faster via the Allstate app.

Customers facing financial challenges may request a special payment plan that delays payments for 60 days with no penalty.

During the COVID-19 emergency period, Allstate is automatically covering customers who use their personal vehicles to deliver food, medicine and other goods for a commercial purpose.

Esurance, Castle Key and Encompass, all part of the Allstate family, are also participating in the Shelter-in-Place Payback program.

The Hartford, which provides insurance for AARP members, is giving a credit to customers who had an auto policy as of April 1, 2020. Those customers will be refunded 15% of their April and May premiums — about $33 per vehicle, on average. The payment will come within two months — credited to the same payment method each customer uses to pay their premiums.

USAA is refunding more than half a billion dollars to auto policyholders.

The military insurance provider announced this week that every policyholder enrolled on or before March 31, 2020, will receive 20% on two months of premiums. But when the average policy costs $885/year, the savings will probably be around $30 per car on average. Cancellations and late fees are also suspended.

American Family Insurance is paying customers back $50 per covered vehicle.

Starting this week, American Family Insurance has started mailing an estimated 2.3 million refund checks to its customers, crediting them $50 per insured vehicle. The average AmFam customer will get $100.

Over the next 60 days, customers who had auto insurance policies as of March 11, 2020 — the day the World Health Organization declared COVID-19 a pandemic — will receive the “premium relief.”

Nationwide is paying each customer $50.

All personal auto policies that were active as of March 31, 2020, will receive a one-time “premium refund” of $50, regardless of how many cars are insured. Customers automatically get the refund, and it will be credited to the customers’ most recent method of payment (automatic withdrawal, credit card, personal check) within the next 30 days.

MetLife is giving a ‘future credit’ of about $30.

With an average annual premium of $1,260, MetLife’s two-month kickback of 15% is going to credit policyholders about $30 per insured vehicle. The company didn’t specify when the refunds would hit customers’ accounts, calling it a “future credit.”

Based on its average annual premium cost of $1,682, Farmers policyholders will see cuts in their April bill of about $35 per insured vehicle. In addition, Farmers isn’t cancelling policies due to nonpayment. They’re deferring payments until May 1, and any unpaid balances won’t carry late fees.

Amica is giving back 20% of customers’ April and May premiums.

The COVID-19 Auto Premium Relief Program gives back 20% of April and May premiums to every Amica auto insurance customer with an active policy on April 1, 2020. The credits, which will be $80 on average, would be applied in two installments: one on the May bill, and one on the June bill.

Customers who have paid their policy premium in full, or have no remaining balance, will receive a refund check equal to the credit.

Country Companies is returning 15% of premiums for two months.

The automatic kickback from Country Companies will come in the form of a check, mailed to customers starting in May. The average full-coverage customer will see a return of just over $28.

Travelers Insurance is crediting customers 15% on their April & May payments.

The Stay-at-Home Auto Premium Credit program will give policyholders about $32 per insured vehicle, based on its average annual rates. Travelers is also waiving policy cancellations and deferring payments until May 15.

Policyholders will automatically receive a 15% refund as of April 7, 2020, sent either by check or by whatever form of payment used on their most recent payment. The total payout will be about a quarter of a billion dollars.

Ameriprise aka Connect is refunding 15% of three months of premiums.

Not only is Connect (formerly known as Ameriprise) giving customers 15% off three months’ worth of car insurance premiums, they’re telling you how they calculated it. Relief payments will be based on policies active as of March 31, 2020, and started being mailed out as of April 20.

Acuity Insurance will give customers a discount of between $50-$100 on average.

Acuity Insurance announced it will automatically apply a discount of between $50 and $100 on average for all customers. Customers whose policies began on or after March 11, 2020 will see adjustments made to their next bills (or will receive a check if they paid in full). Customers with policies that were active before March 11 will see discounts applied at renewal.

Mercury Insurance will credit 15% off April and May premiums.

The insurer said it would automatically credit customers’ accounts for 15% off two months’ worth of premiums as soon as possible, pending regulatory approval. Wallethub says Mercury’s average annual premiums cost $2,876, which would make the 15% credit about $71.90.

Shelter Insurance has the biggest refund: 30% off April/May premiums.

Shelter Insurance is promising to send payments “as quickly as possible,” either via direct deposit or mailed check. Additionally, cancellations and late fees due to nonpayment will be suspended.

With lower premiums than most of the other insurers, Electric Insurance customers can expect about a $50 kickback per vehicle, in total, according to ValuePenguin’s estimates.

Grange Insurance is giving a 25% credit to customers for April and May.

The company is giving $25 million in refunds to its customers, and policyholders on average will be receiving about $90 (given the average premium cost), split between April and May statements.

Starting with their May bill, PEMCO customers will automatically get 15% back for three months of premiums. The average PEMCO premium costs $85/month, so policyholders will pay $13 less for three months — a total credit of around $40.

Rather than a payback, Erie Insurance is reducing its premiums. Once its plan is approved in the coming days/weeks, Erie Insurance will cut rates to personal and commercial auto policyholders to the tune of $200 million. What that impact looks like to each customer will vary by state.

Some smaller auto insurers are also participating in refunds.

Other insurers haven’t announced refunds yet.

These companies have either issued no response, or has otherwise instructed customers to reduce their insurance coverage to lower monthly payments: 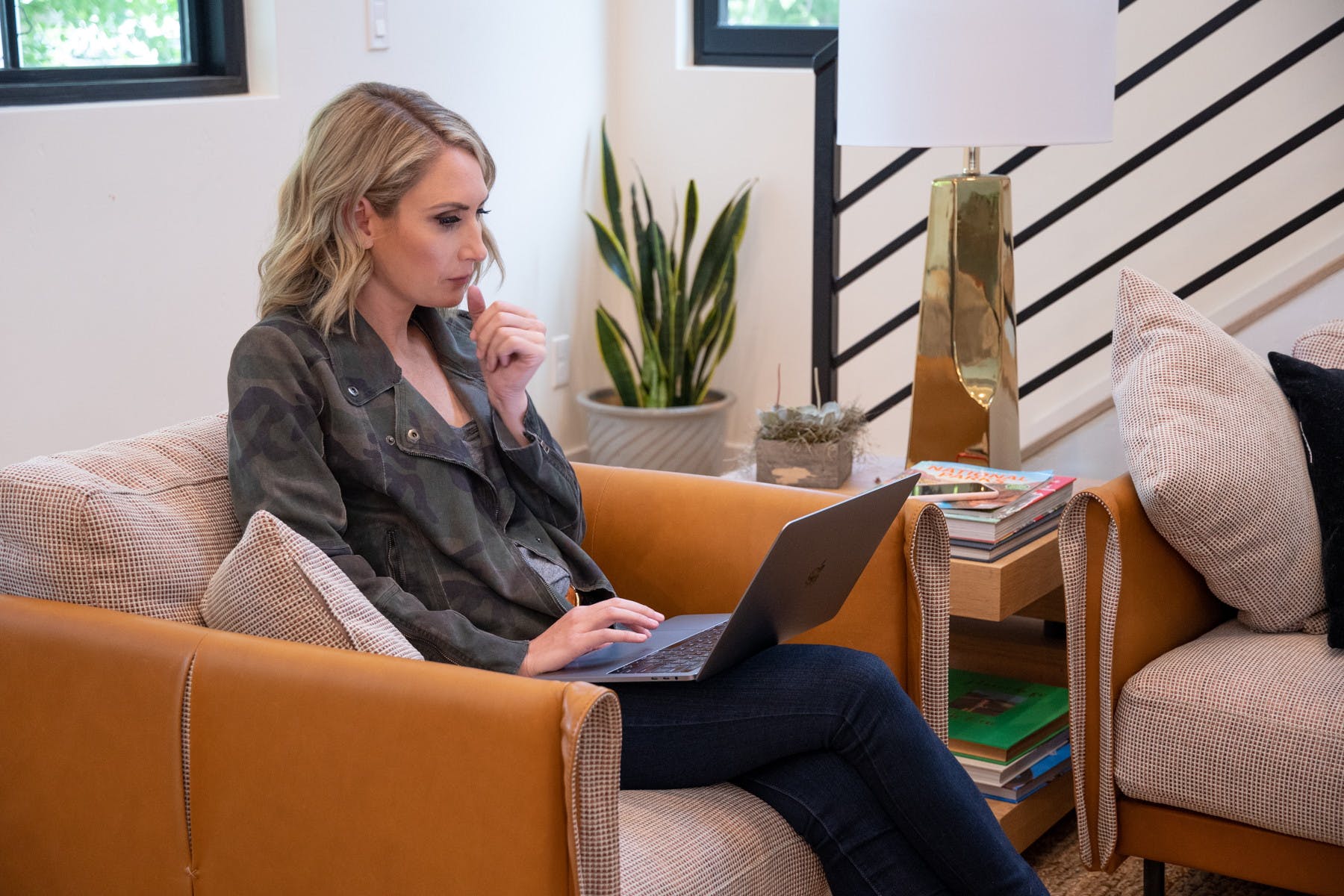 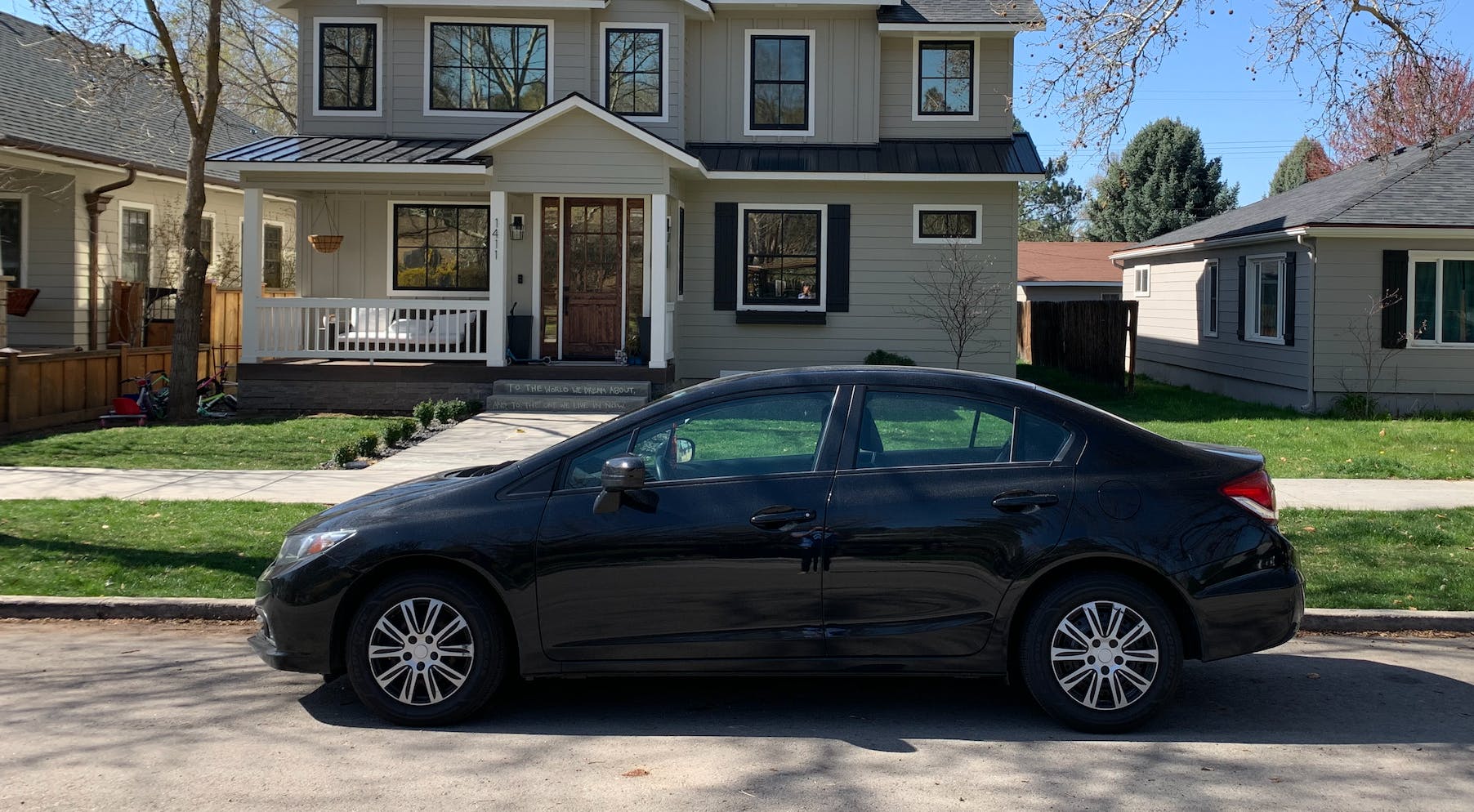 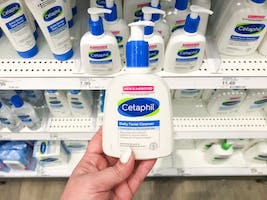 Cetaphil Daily Facial Cleanser 16-Ounce, as Low as $7.92 on Amazon 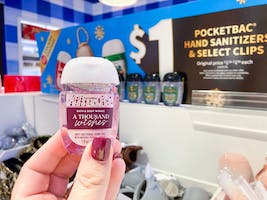 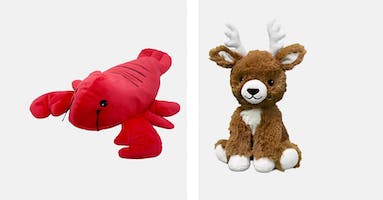 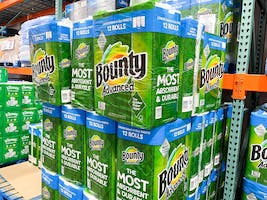 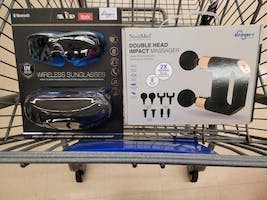 NuvoMed Massager or iTek Bluetooth Sunglasses, Only $10 at Kroger 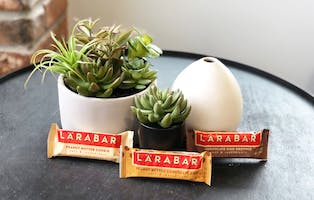 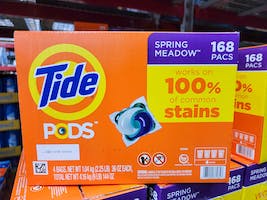 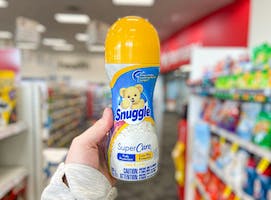 Snuggle SuperCare 4-Count Scent Booster, as Low as $11.17 on Amazon 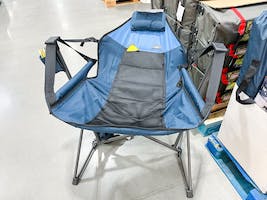 Swinging Hammock Chair Is Back at Costco — Save $10