Barbie has come a long way from the big-boobed, homogenous homemaker she used to be.

If Barbie dolls are on your birthday or Black Friday list, here are some tips for how you can get Barbie on a budget. Check out our Barbie deals page to see today’s live sales.

1. Barbie sells at all major retailers, but Walmart seems to have an edge on pricing. 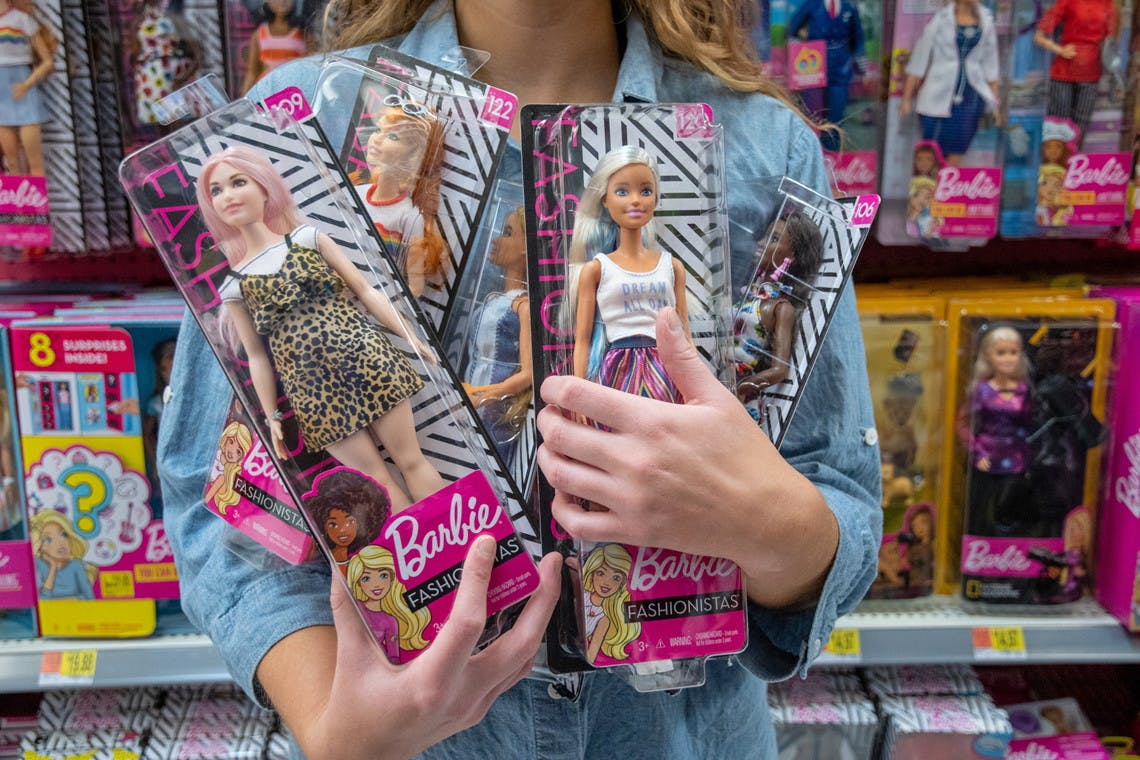 Walmart & Mattel brands have a deep partnership, and it shows during big seasons like Black Friday, when Walmart seems to have an edge on pricing out competitors.

I see more $5 Barbie Fashionista dolls at Walmart than anywhere else. It’s rare to find a better sale price on Barbie somewhere other than Walmart. And it’s rare to see a price drop first at one of the other big box retailers.

Walmart seems to be the driver behind Barbie pricing, but that doesn’t necessarily mean Walmart is always the best place to buy Barbie. 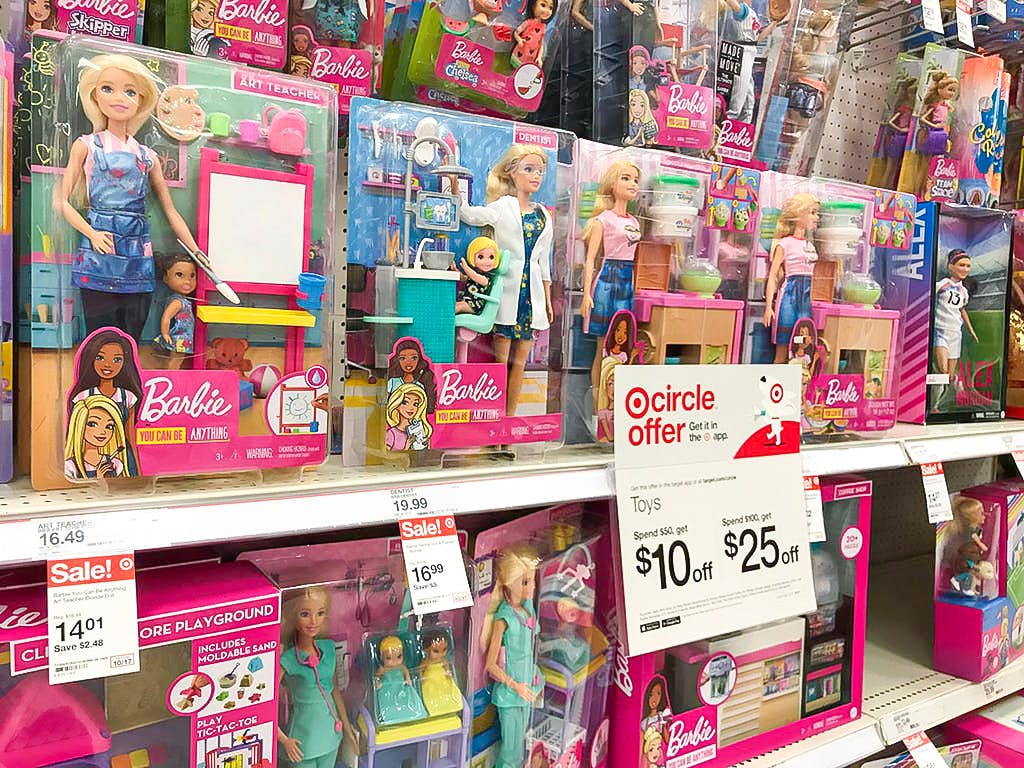 Spending too much time talking about price differences between Amazon, Target, and Walmart is a waste of time. When it comes to major sales, these three are always dancing. . . matching each others’ prices within minutes. . . differences in price often lasting moments. . . or are the difference of pennies.

But, Amazon and Target do something Walmart won’t — they give their shoppers coupon codes. And they move in unison; Amazon matches every Target Circle code — like $10 off a $50 purchase — the day the offer goes live. The only bummer? Coupon codes at Target exclude Barbie Campers, Dreamhouse, and Dream Plane.

While you should always compare prices between the three, I tend to see the best overall Barbie prices during coupon promos at Target and Amazon. Find the codes in the Target app, or look for the green box that says “Save $10 when you buy $50 of select items” beneath the price on the Amazon listing page.

3. Even retailers like Zulily get in and compete for best prices on Barbie. 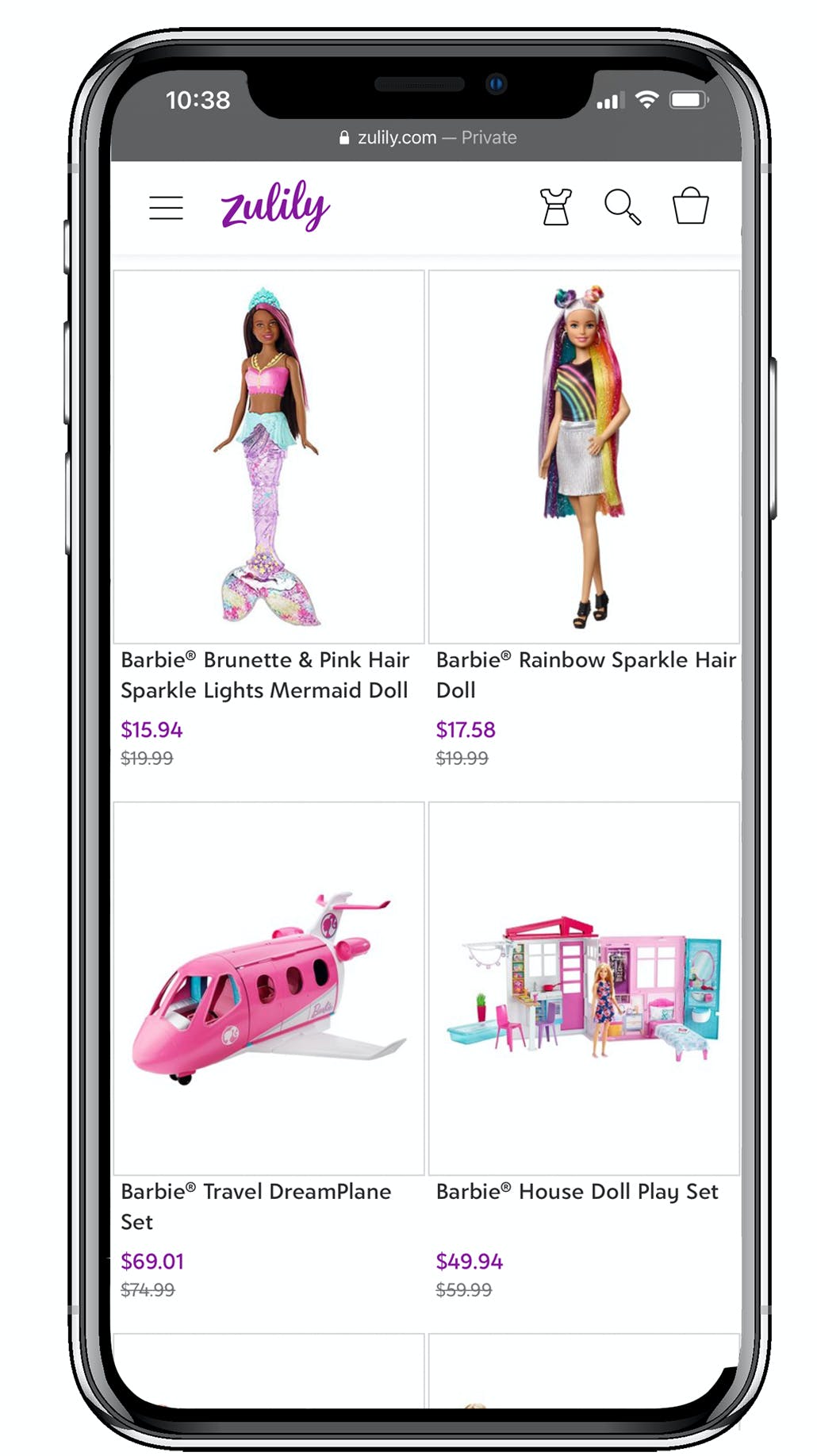 Online-retailer Zulily.com is another great place to buy Barbie. The flat-rate $5.99 shipping is the only bummer, but sale prices can be good enough at times to justify the shipping spend. Keep in mind, no matter how many orders you place or how large those orders are, you only pay $5.99 one time per calendar day. Teachers are eligible for a 10% discount at Zulily through their free teacher subscription program.

Macy’s (via their partnership with Toys R Us) and Kohl’s sell Barbie, too, and they each have loyalty programs where you can earn or redeem Kohl’s Cash and Macy’s Money on Barbie. View KCL’s Kohl’s deals and Macy’s deals.

4. Use the Amazon app to price compare, then request a price match. 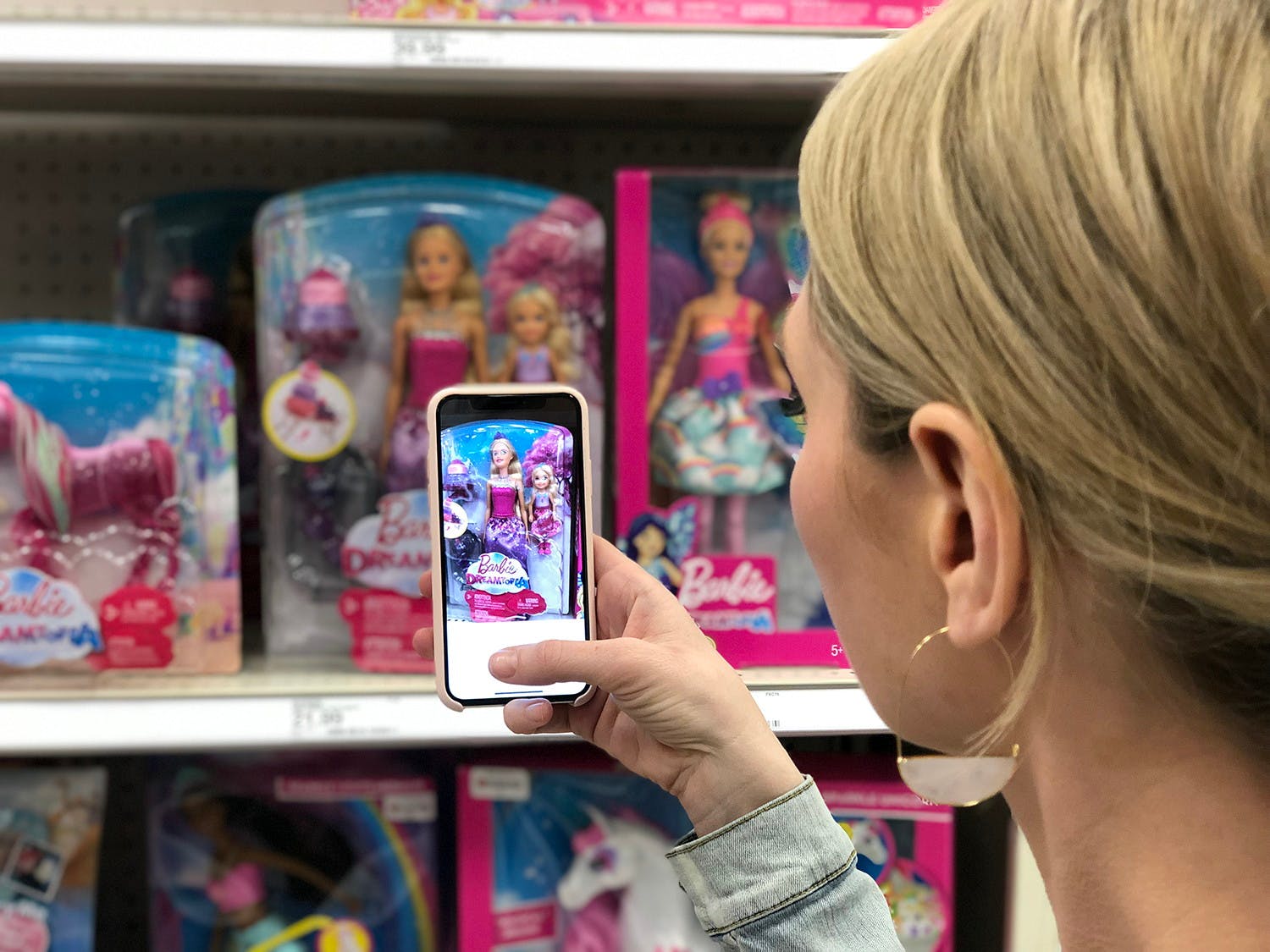 Ever wish you could get Amazon prices and the convenience of brick-and-mortar? (This is me every time my kids have a birthday party to attend and I find myself on a last-minute Target run.)

There are stores that will price match Amazon! I use the Amazon app to quickly scan any product to pull up the current selling price. If it’s cheaper on Amazon, I request a price adjustment. Target is my favorite for price matching. It’s so easy. But they’re not the only ones who will price match your Barbies: Chances are, you’re going to run into one of two authentic Barbie Dreamhouse models. And while you might expect the newest model to be the most expensive, that’s actually not the case.

Here’s how to tell the two most recent Barbie Dreamhouses apart:

6. Barbie Malibu Dreamhouse & Townhouse models sell for half that. The two-story Barbie Malibu house lacks the lights, sounds, and elevators of the larger models, but its retail price is half that of the larger models. The Malibu retails for $99.99 and is available at Walmart. Look for a price of $79.99 during big sales and holiday seasons.

Amazon has its own exclusive Dreamhouse. It’s called the Barbie Dreamhouse Townhouse, and it claims to be three stories, but really it’s two with a tiny rooftop sundeck. Its retail price is $114.99, but we expect to see prices that compete with the Malibu at $80 or less during the holidays.

7. Or, there are plenty of well-reviewed Dreamhouse knockoffs on Amazon. 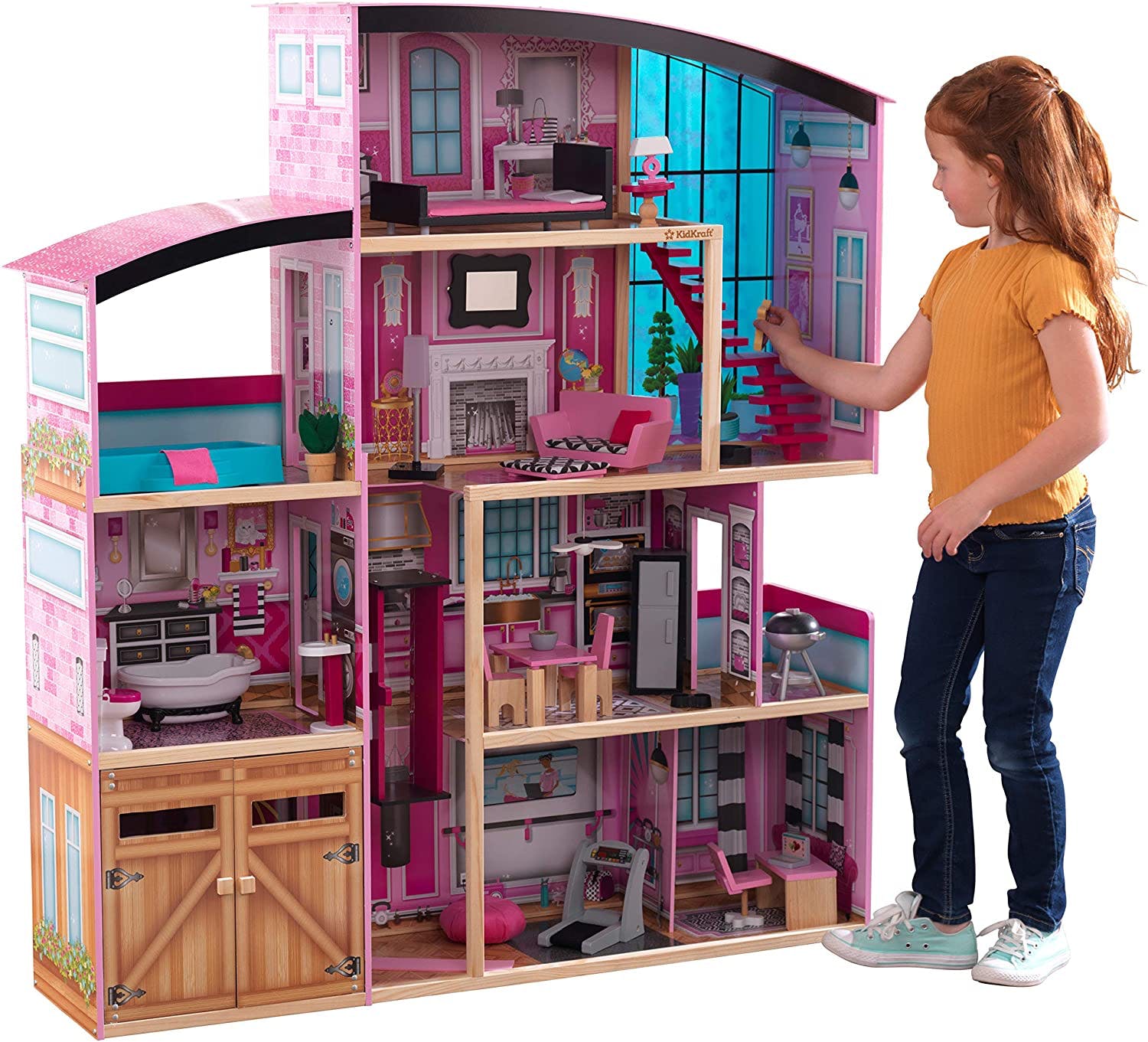 Kidkraft wooden build-yourself dollhouses range from $120-$140 when they’re not on sale. There are many three-story models, similar to the official Dreamhouse.

8. The it Barbie car this year is the $89 Barbie DreamCamper. 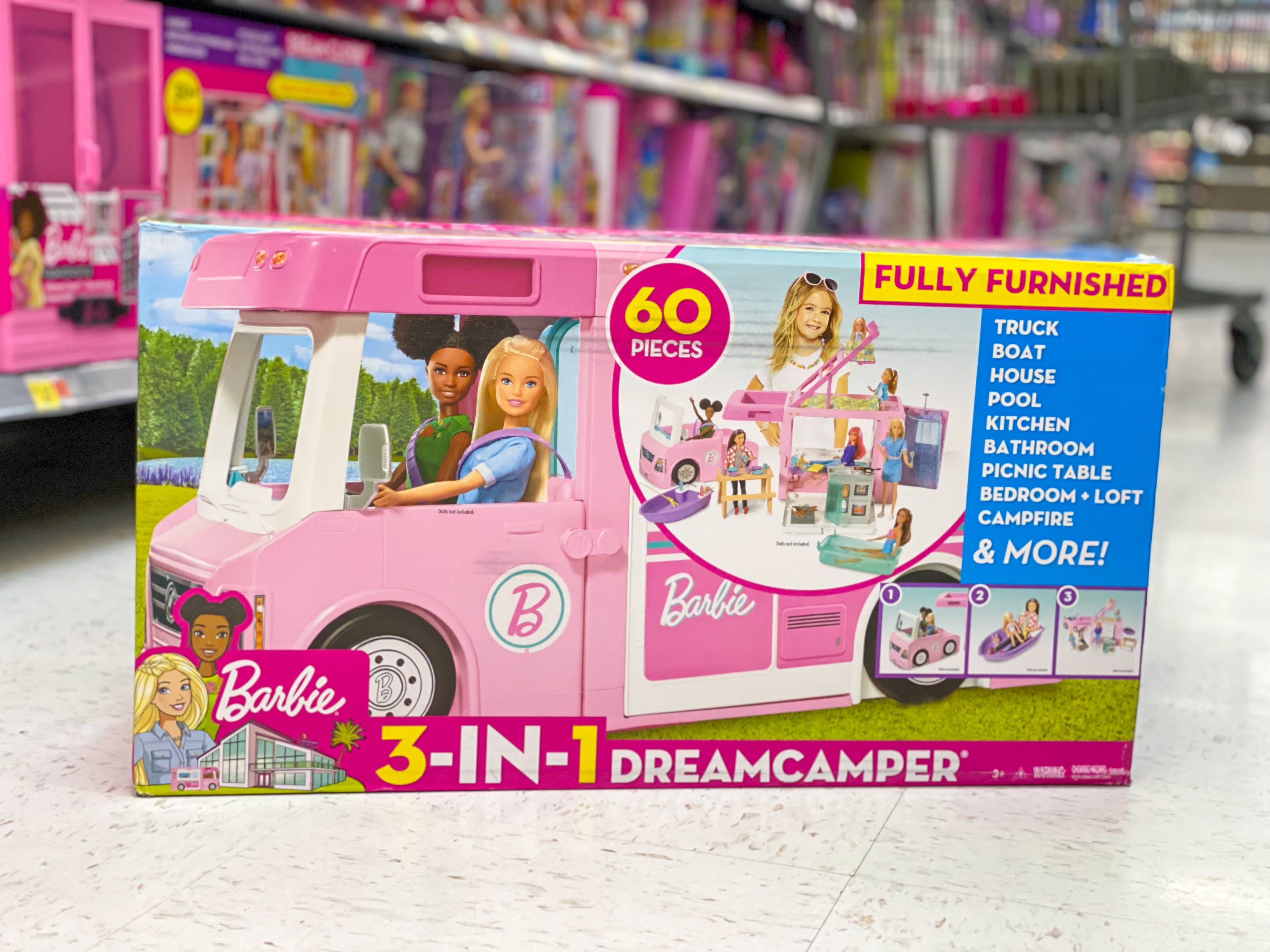 Because when you have an elevator and a second-story pool at home, sometimes you still need to get away?

The DreamCamper has been around for a few years, but it’s still making the rounds on holiday hot toy lists. Historically, this vehicle sees deep discounts especially during the holidays. This plane dropped below $50 multiple times in the last year. During November and December, KCL published Barbie deals on the Dream Plane for $45 at Amazon and Best Buy.

We’ve already seen this toy priced below $60 in 2021, which leaves us hopeful that we’ll see $50 or below again this year, inventory issues notwithstanding. Stick around KCL for a minute and you’ll see prices on Barbie Fashionista dolls that will shock you. This summer, select dolls were $4.09 on clearance at Target and $5.00 on Amazon. Back in 2019, we found clearance dolls for $2.00 in Walmart stores.

After years of watching prices on Barbie dolls, my advice for shoppers is to never ever pay full price, especially the $10 for standard Fashionista dolls. If there’s a particular doll you’re after, hold out until you see $7 or below. If you’re open to a variety of dolls, wait for a clearance opportunity and look for that $5 mark before you buy. (And when you find it, stock up and build a gift stockpile for future birthday parties.)

11. Barbie Color Reveal are the dolls of the moment. 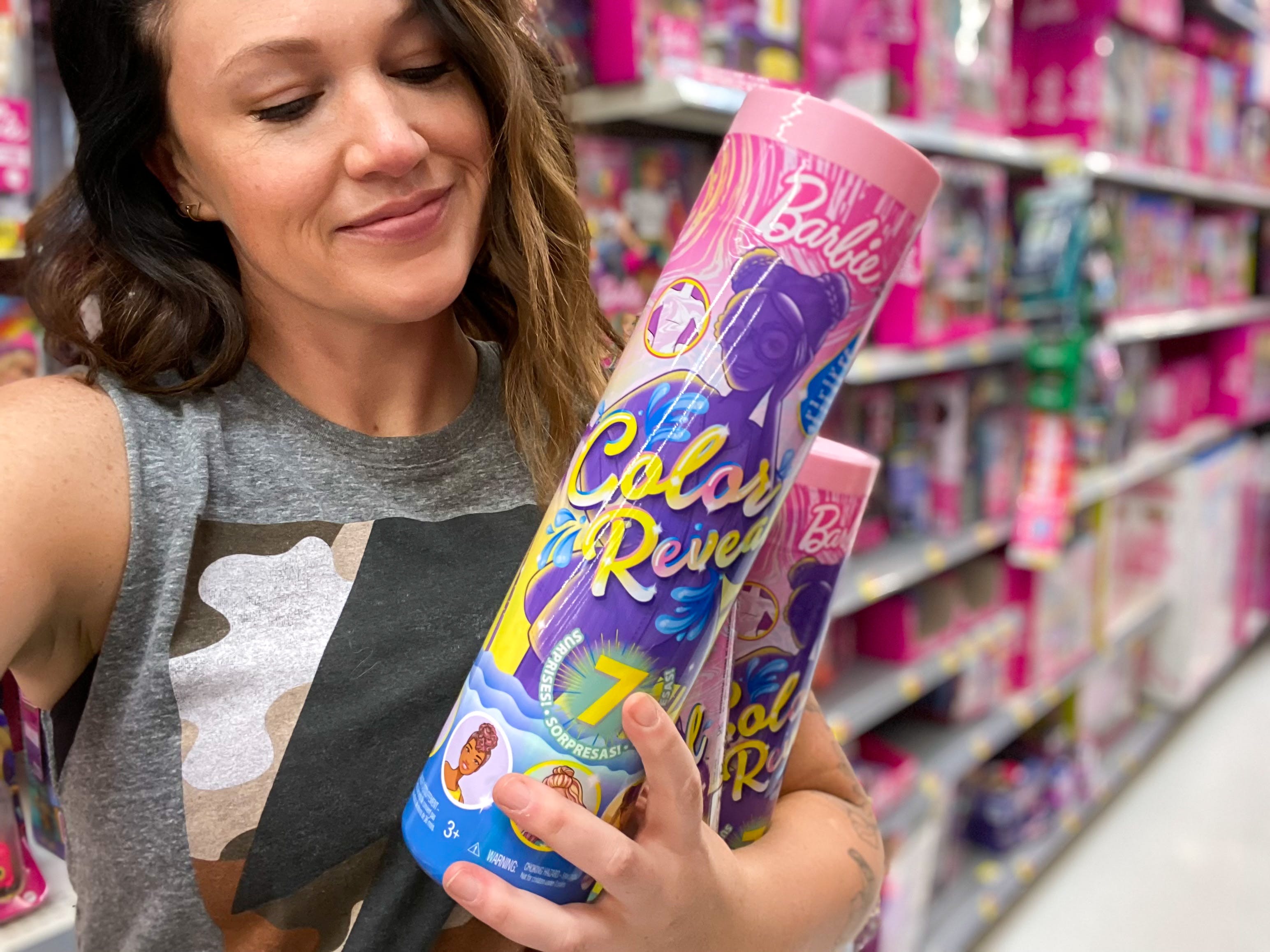 Not to be upstaged by the likes of LOL Surprise, Barbie has introduced Color Reveal as the Barbie with a hidden surprise. When you dip the silver-covered mystery doll in water, the coating dissolves, revealing the Barbie’s features, skin tone, and outfit.

Barbie Color Reveal Surprise Party sets will be big in holiday sales this year. Retail price is $49.99, but actual prices are typically discounted at both Amazon and Target. See current Amazon prices for the Color Reveal doll and Color Reveal Chelsea doll.

12. Barbie Career and Inspiring Women dolls have won me back after writing off this brand. 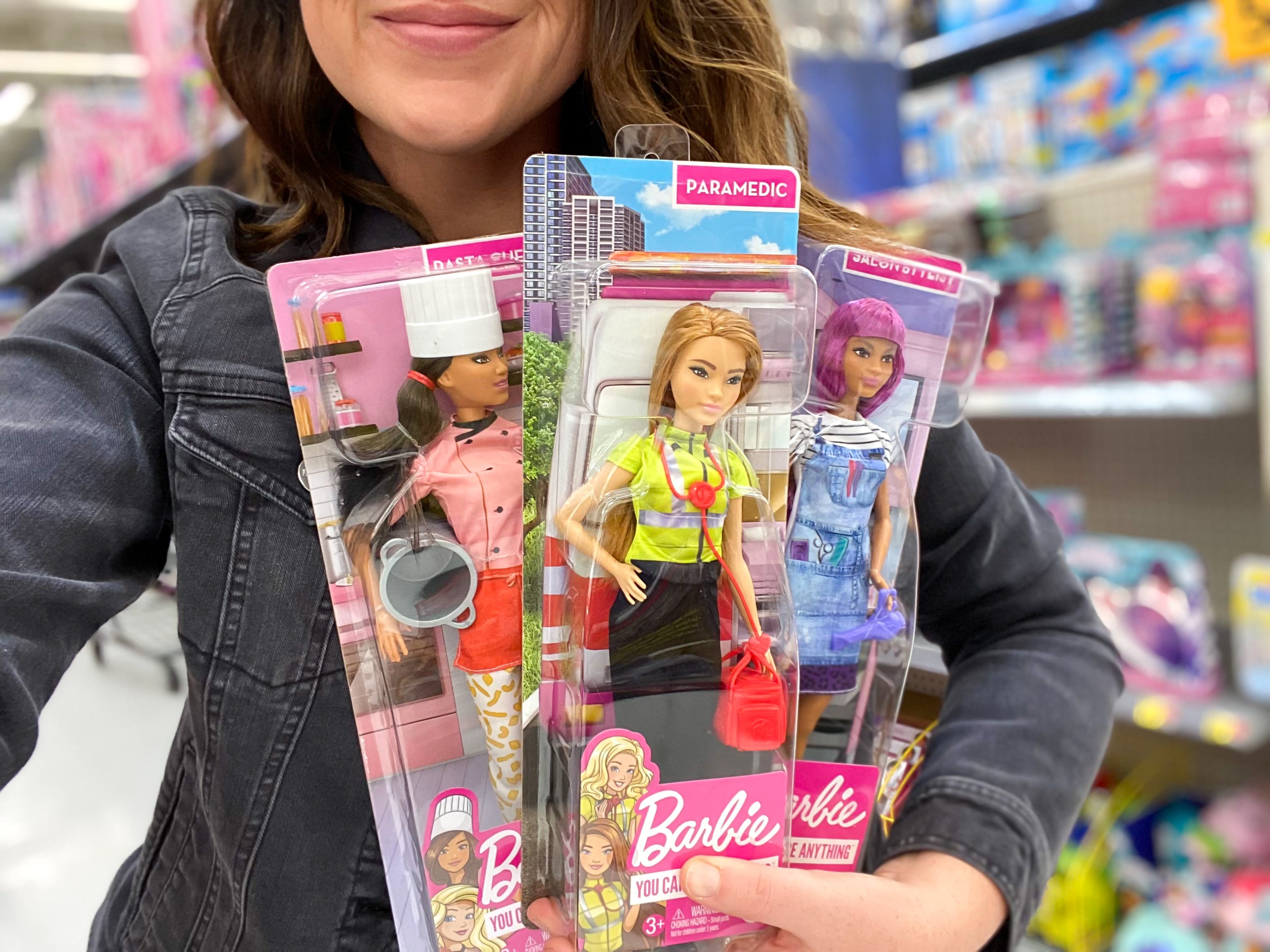 Barbie’s total brand overhaul nearly makes me want to have more children just so I can purchase the brand I so diligently avoided when my children were young. In addition to adding more body types and skin tones, Mattel is producing both Career and Inspiring Women product lines.

Inspiring women dolls retail for $30 but are on sale in some cases. Dolls include:

I literally want every single one. 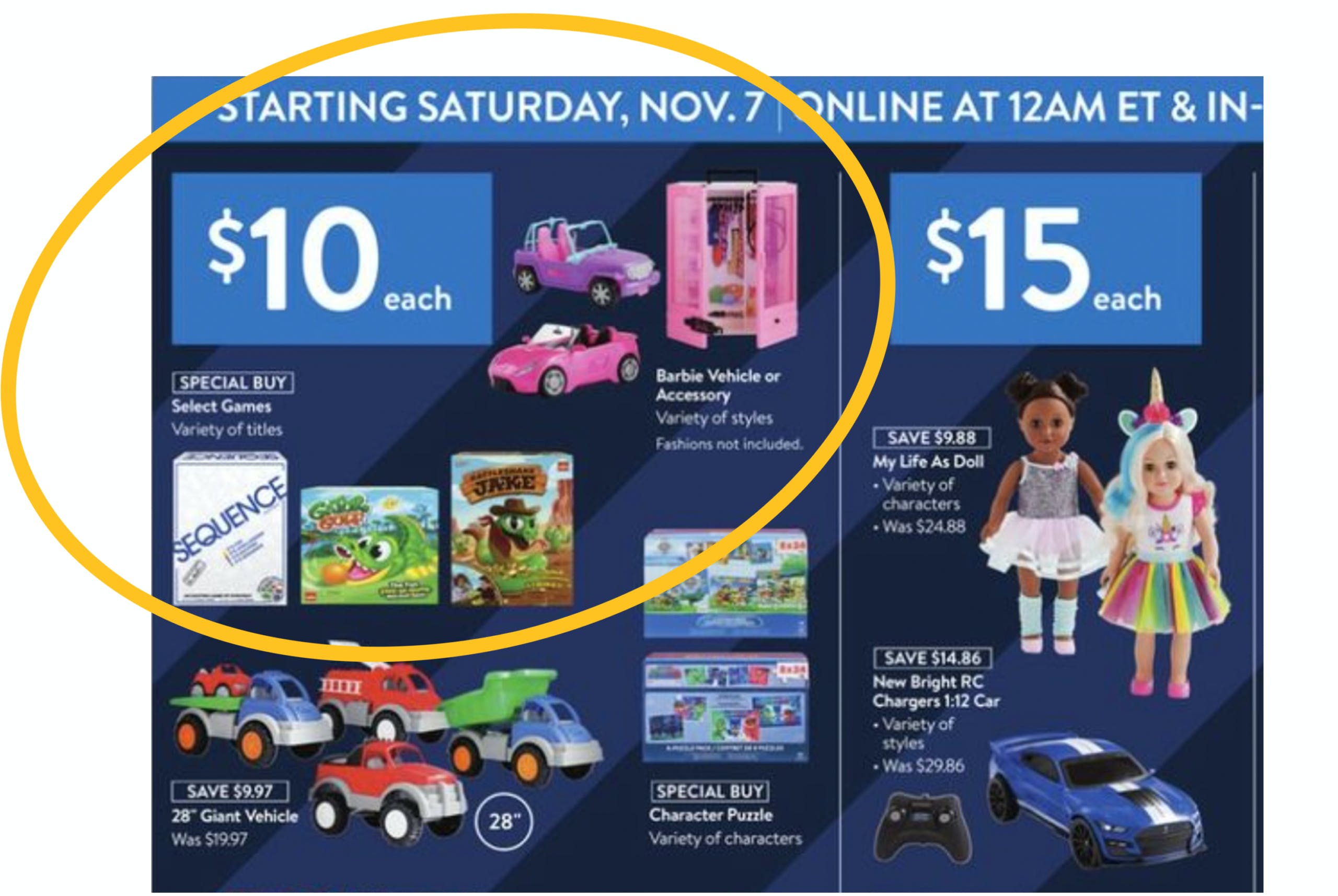 We typically see fashionista dolls for $5.00 and Barbie cars like the convertible or Jeep (reg. $19.99) for only $10. Barbie Black Friday deals began in early November in 2020, and we expect to see the same this year.

14. The biggest Barbie sales come during semi-annual clearance events in January and July. 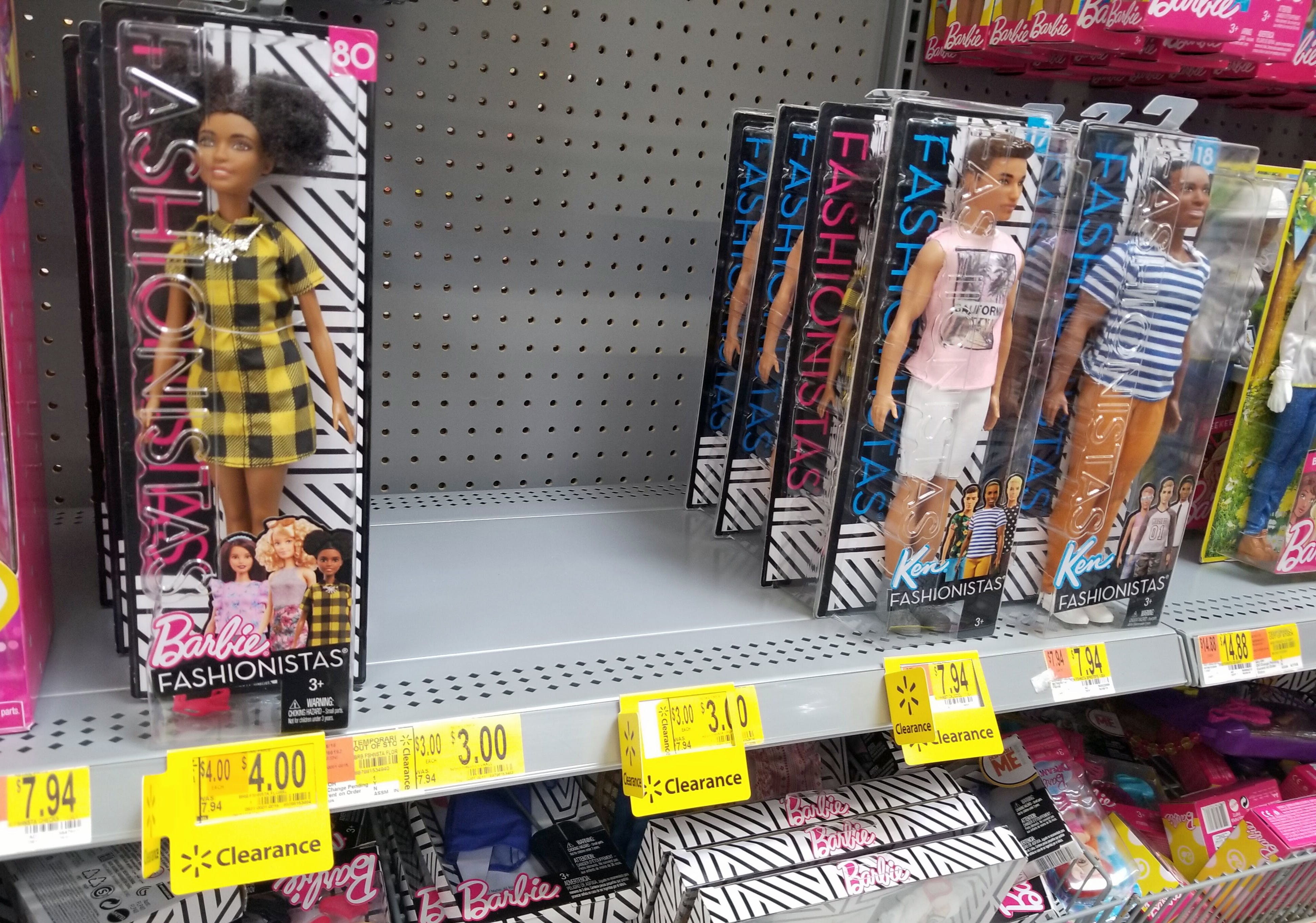 Each year, in January and July, Target and Walmart each hold clearance events, primarily in stores. During these sales, managers slash prices at their discretion in order to move unsold inventory out until it’s gone. 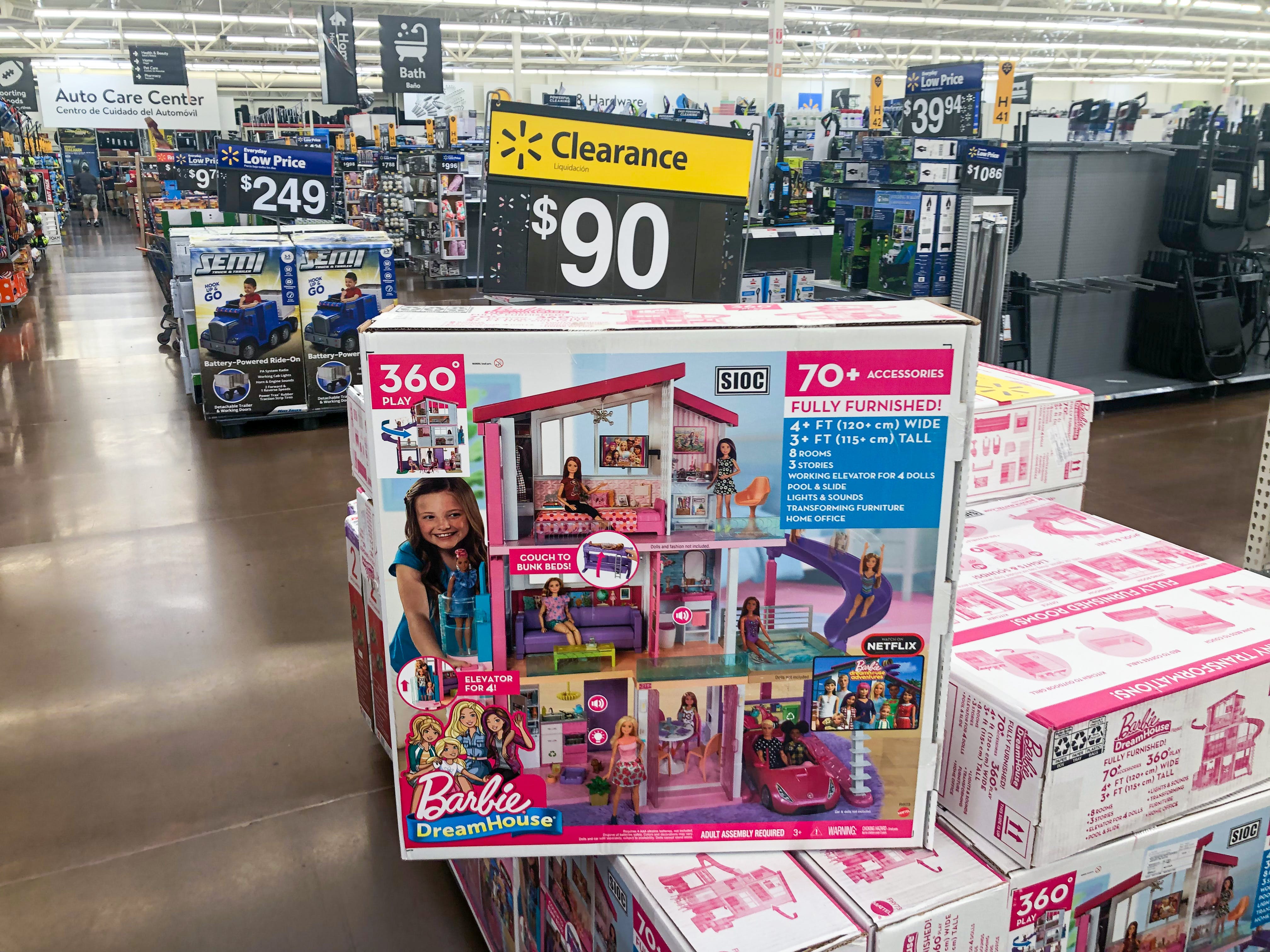 One of the most epic clearance prices from the last Walmart clearance sale was a $90 price on the $200 Barbie Dreamhouse.

15. Closeout stores like Ross and T.J.Maxx are another good place to get a deal. 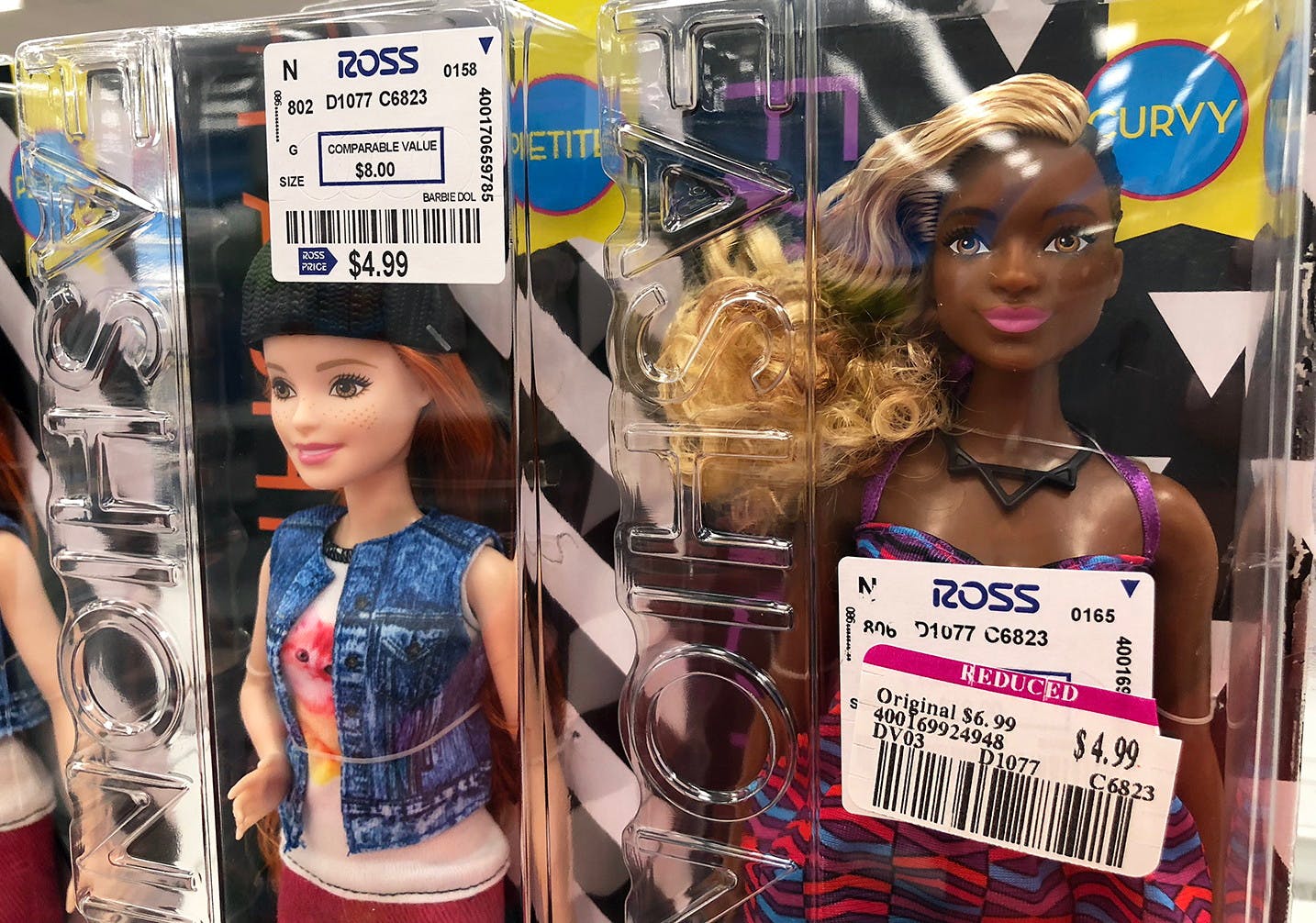 Ross, T.J.Maxx, and Marshalls all carry Barbie brand with savings at 25-40%. While not as good as semi-annual clearance, prices here are often better than standard big box retailers.

16. And of course, used “lots” of Barbies sell for pennies on the dollar. 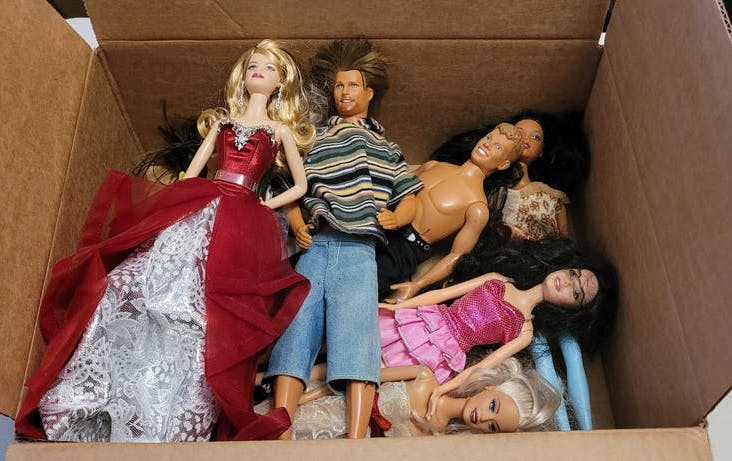 And, of course, the cheapest way to get into the Barbie scene is to purchase a used “lot” of dolls. Try Facebook marketplace and Craigslist in your area, and make sure you’re not paying more than 50% of retail price. (Also, did you know you can send used Barbies back to Mattel for free through a program called Mattel Playback?) 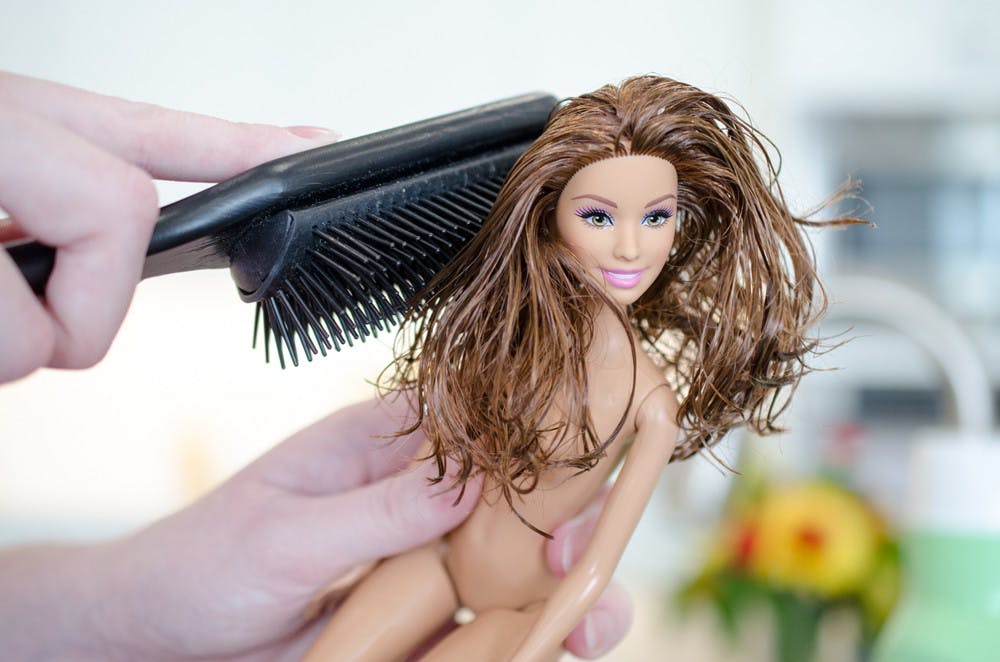 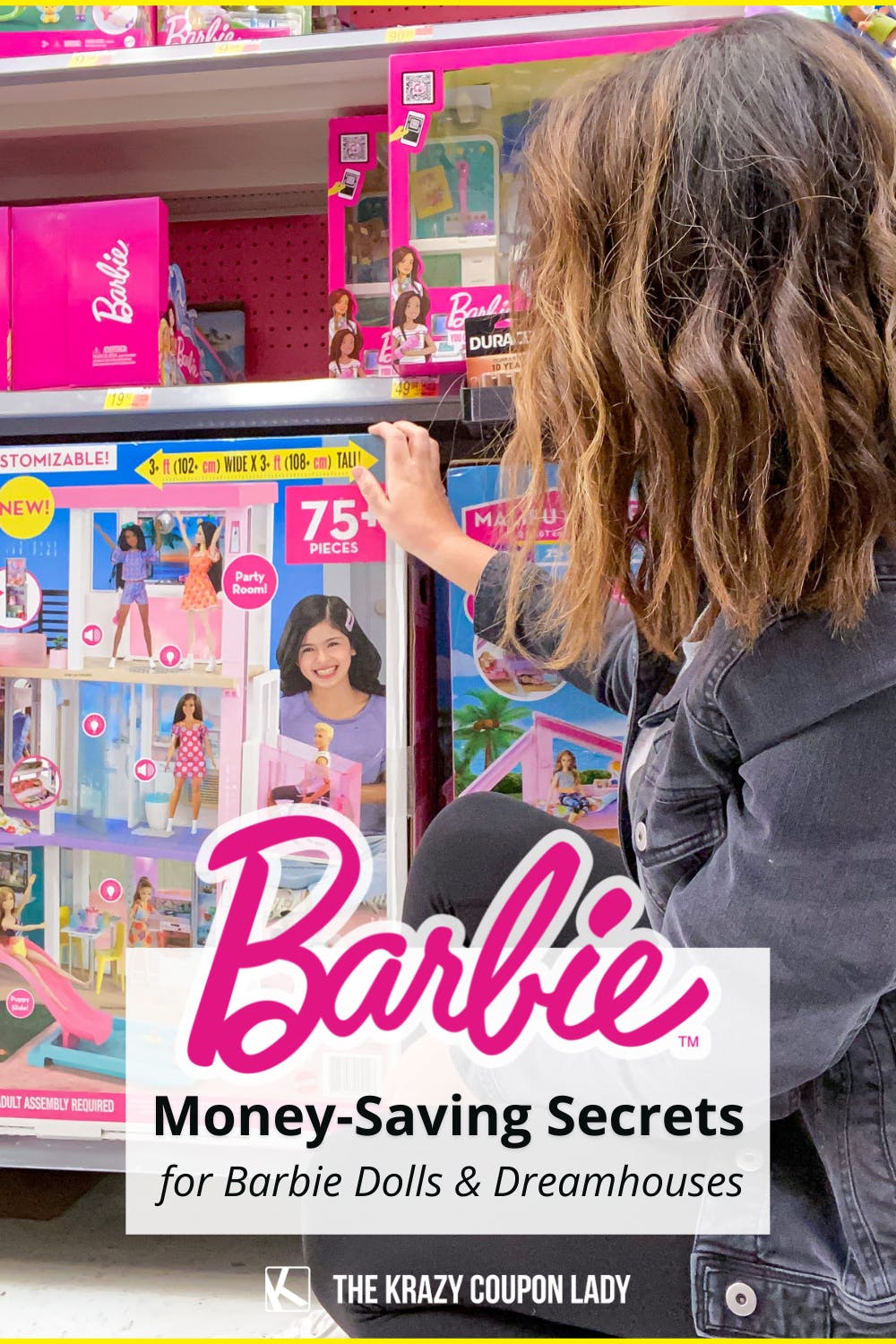 up next
Target Toy Sale Tips: 10 Ways to Save
Related articles
24 Hottest of the Toys R Us Hot Holiday Toys for 2021
23 Tips to Save Money on Toys Now That Toys"R"Us Is Gone
We Found the 2022 Walmart Toy Catalog! 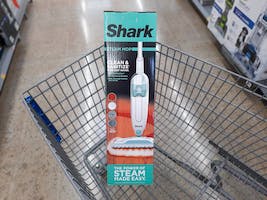 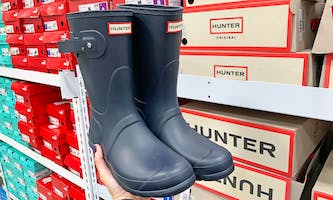 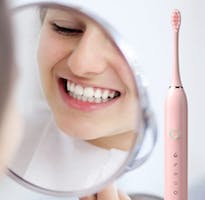 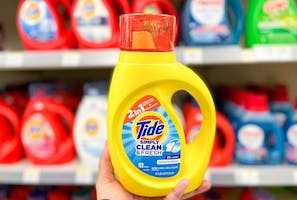 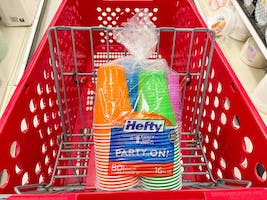 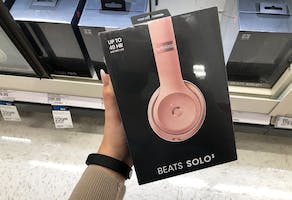 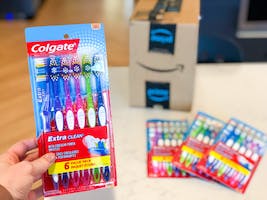 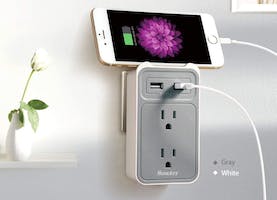 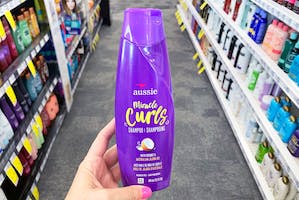