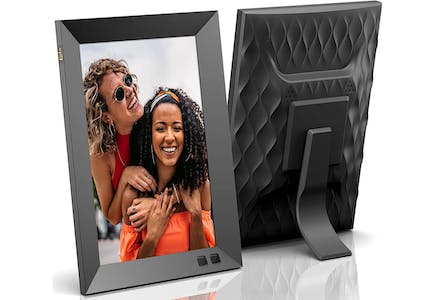 Amazon has a Smart Digital Picture Frame for just $89.99. This picture frame is usually priced at $139.99; that’s a 36% discount from its original price. This picture frame stands eight inches tall and has a 16:10 aspect ratio. Deals like these won’t last long since they’re Amazon Black Friday deals, so it’s best to snag them while they’re hot.

Christmas Snowflake Projector Light, Only $13.99 With Hidden Code on Amazon

The Farmer's Dog: 50% Off Your First Box of Fresh Dog Food

Vans Shoes for the Fam at Kohl's

iRobot Roomba i3 Self-Emptying Robot Vacuum, $150 Off at Sam's Club

Cricut Explore Crafting Machines, as Low as $141 at Target

Small Kitchen Appliances, Up to 79% Off at Walmart

GrouponOnline Deals
an hour ago
CA Residents only: Do not sell my personal information.
© 2009 - 2022, Krazy Coupon Lady LLC. Privacy Policy